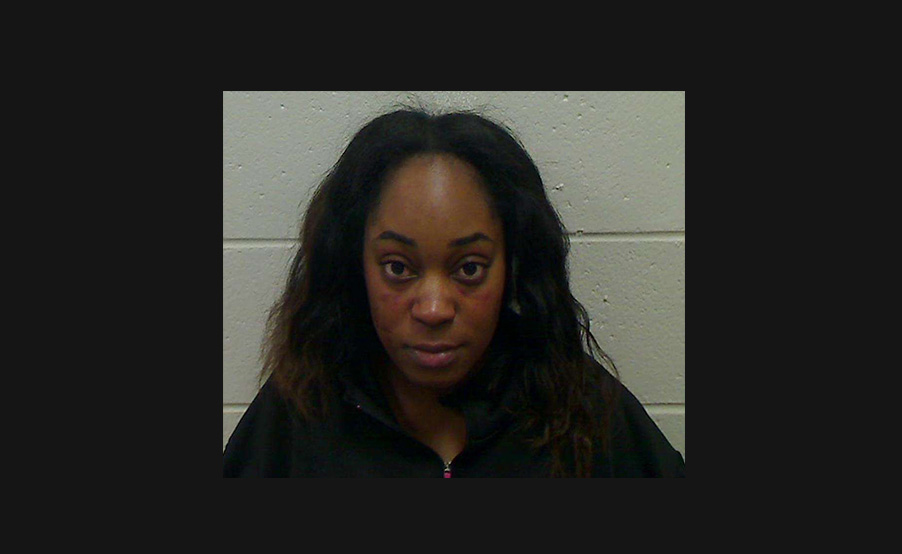 According to a press release from the Statesboro Police Department, a woman was arrested and charged with aggravated assault last week for stabbing her boyfriend.

On 12/15/21 at 2:00 p.m., SPD officers responded to Hillcrest Apartments in the 500 block of East Main Street for a male stabbed at that location.  Upon arrival, officers located the 23 year old male with a single stab wound to his back.  The male was transported to East Georgia Regional Medical Center for treatment.  He was later released.

Detectives responded, obtained a search warrant, and processed the scene.  The victim’s girlfriend, Destiney McMillan (24 years old, East Main Street, Statesboro), was identified as the offender and arrested a short time later.  She was transported to the Bulloch County Jail on one count of Aggravated Assault (Family Violence).

Anyone with information on this case should contact Det. Eric Short at 912-764-9911 or submit an anonymous tip to tips@statesboroga.gov. 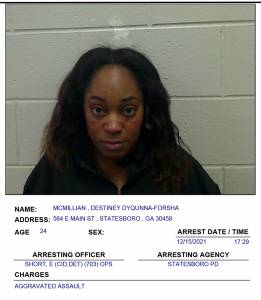 GDOT: Ramp & Interstate Closure Advisory for the I-16 at I-95 Improvement Projects Through December 22
12/20/2021 Booking Report for Bulloch County
Posting....