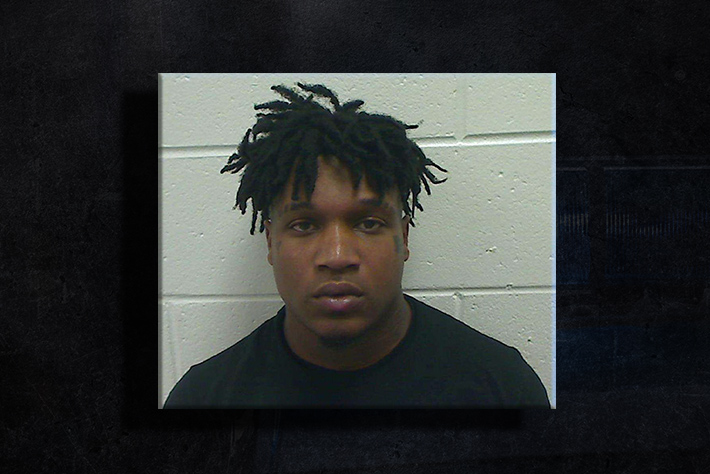 N’Day Perkins of Statesboro was arrested Monday in reference to an armed robbery that occurred on December 28 on Inman Lane. Perkins was located on Martin Luther King Drive Monday and fled on foot before being arrested. He was charged with Armed Robbery, Aggravated Assault, and Possession of a Firearm during the Commission of a Crime, and remains at the Bulloch County Jail awaiting further judicial action.

On 12/28/22 at 12:10 p.m. SPD Patrol officers responded to a residence in the 100 block of Inman Lane for an armed robbery at that location. The victim indicated that he had been robbed of cash by a male subject armed with a firearm. Subsequent investigation led to the identification of N’Day Perkins (20, West Jones Ave, Statesboro) as the suspect. Detectives issued warrants for Perkins for Armed Robbery, Aggravated Assault, and Possession of a Firearm during the Commission of a Crime. Perkins remained a fugitive for several weeks.

On 1/16/22, deputies with the Bulloch County Sheriff’s Office were attempting to arrest another fugitive on Martin Luther King Drive in Statesboro when they encountered Perkins. Perkins attempted to flee on foot but was arrested by the deputies. He was transported to the Bulloch County Jail where he remains pending further judicial action.

Anyone with information on this case should contact Senior Det. Katie Reese at 912-
764-9911 or submit an anonymous tip to tips@statesboroga.gov. 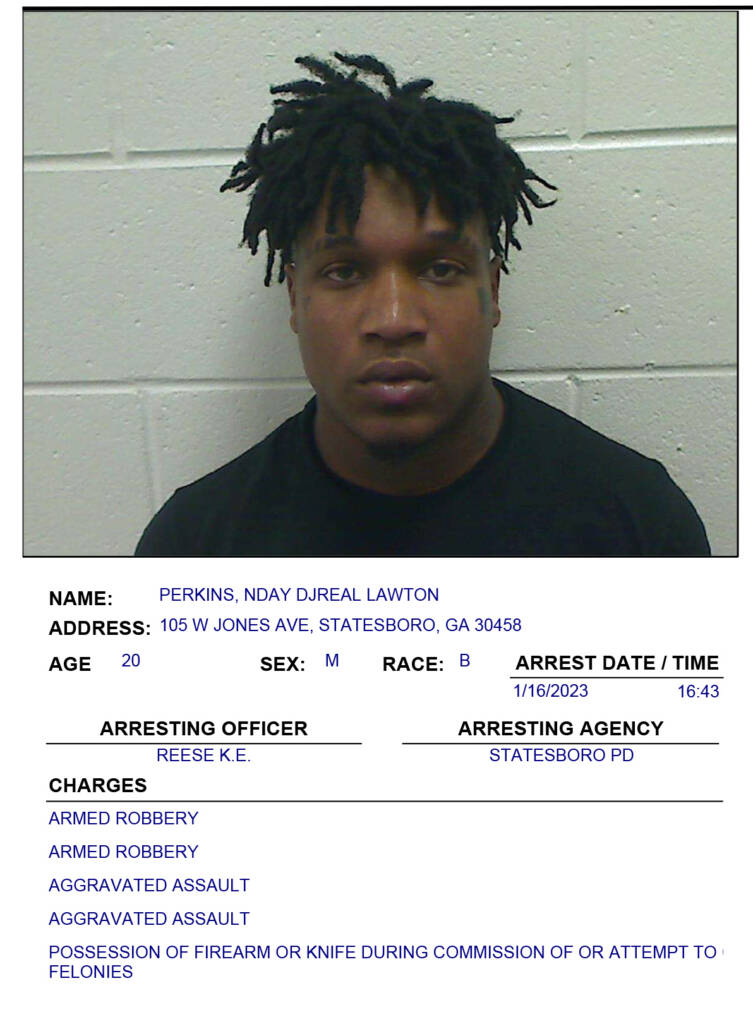 01/17/2023 Booking Report for Bulloch County
Man Drives Himself to Hospital After Being Shot, Two Arrested for Aggravated Assault
Posting....