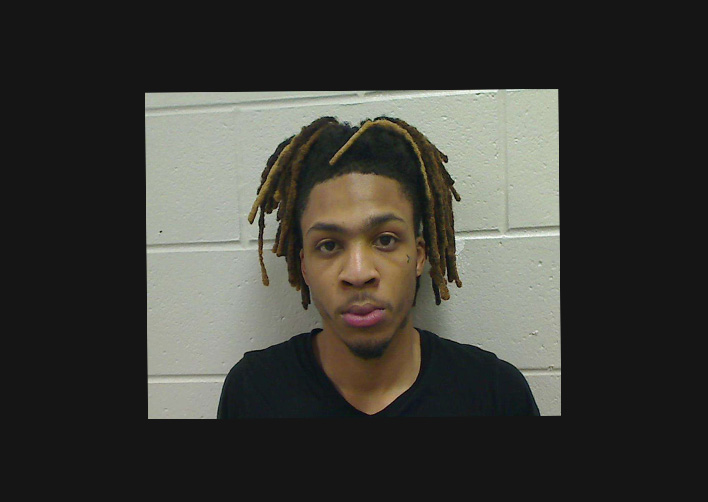 According to a press release from Statesboro Police Department, a Statesboro man has been arrested for a rape that occurred last April.

On 4/25/21 a female victim reported having been sexually assaulted at a local apartment complex. The offender was only distantly familiar with the victim. Forensic evidence was collected by staff at The Teal House, Statesboro’s local sexual assault center, and a detective was assigned to conduct the investigation.

After receiving forensic reports from the GBI Crime Lab and conducting multiple interviews, detectives issued an arrest warrant for Brandon Donyea Thompson (24, South Main Street, Statesboro) for the crime of Rape. Thompson was arrested in the Atlanta area and transported back to the Bulloch County Jail where he remains pending further judicial action.

Anyone with information on this case should contact Senior Detective Jodie Tanner at 912-764-9911 or submit an anonymous tip to tips@statesboroga.gov. 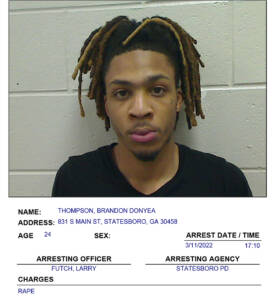