After several weeks of investigation, investigators with the Statesboro Police Department have arrested four individuals. 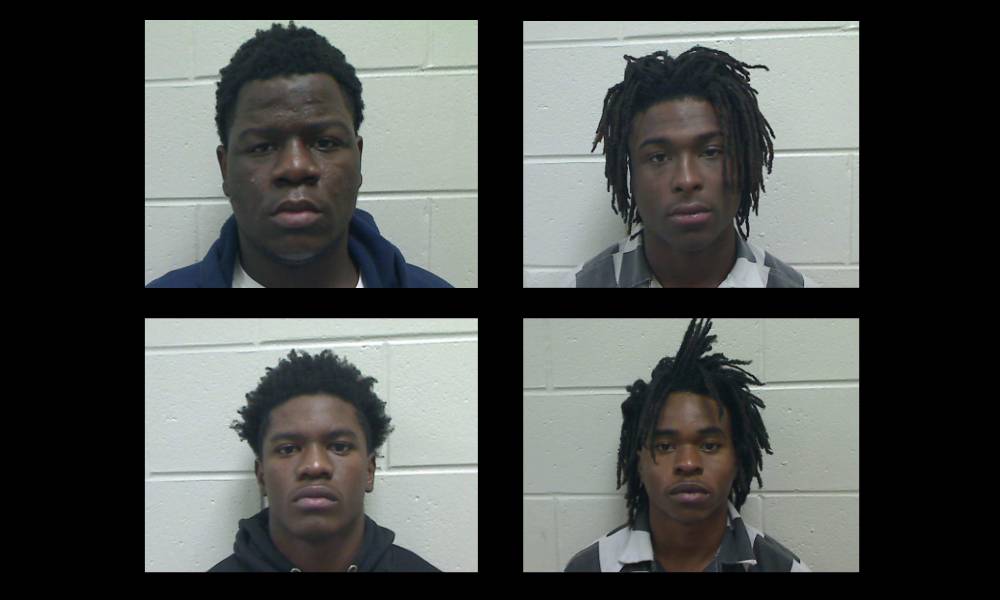 After several weeks of investigation, investigators with the Statesboro Police Department have arrested four individuals.

On November 14, SPD patrol officers responded to the Connection Apartments on Stambuk Lane in Statesboro for a reported armed robbery at an apartment in the complex.  A group of residents reported that several armed males had entered their apartment, taken the residents’ phones, and searched the apartment for valuables before leaving. No one was injured in the incident.

All four defendants are charged with 6 counts of Armed Robbery, 6 counts of Aggravated Assault, and 6 counts of False Imprisonment. All are in the custody of the Bulloch County Jail where they await further judicial action.

Further information on this case should be forwarded to Senior Detective Eric Short at 912-764-9911 or emailed confidentially to tips@statesboroga.gov.