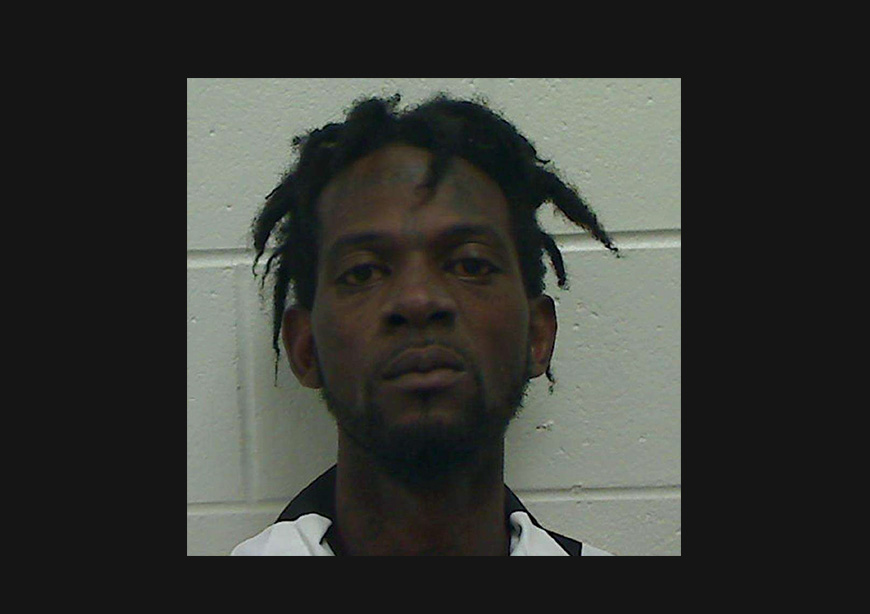 According to GSU, an incident last week ended with the identification and peaceful apprehension of an individual wanted for multiple felony violation warrants in Statesboro thanks to the work of Georgia Southern University Police Investigator Trevor Williams.

At approximately 11 a.m., Williams saw a driver on Lanier Drive, near the University’s south campus area, actively on his cell phone while driving. The driver, later identified as Javontae Lee of Claxton – who is not a Georgia Southern student, has multiple felony violation warrants that include aggravated assault, cruelty to children, theft by taking and criminal trespass.

Williams tried to conduct a traffic stop when t he driver pulled into the parking lot of a business and appeared to be stopping, but then pulled out again at a rapid speed and began trying to evade Williams. Williams followed the vehicle as it sped into The Islands subdivision. When the vehicle reached a dead end, it stopped after hitting some shrubs. The driver jumped out of the vehicle and ran into an apartment. The only occupant of the apartment safely left as officers arrived.

“Whether directly on campus or in the areas surrounding Georgia Southern, our officers are actively working to keep the community safe and resolving incidents peacefully,” said Georgia Southern University Police Chief Laura McCullough. “I commend Investigator Williams for his work to identify someone with such a criminal history and his actions that ended the situation without further endangering the community.” 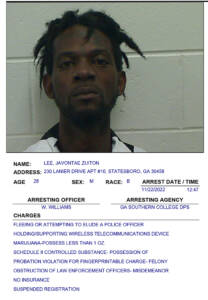 The Georgia Southern Police Department is dedicated to providing outstanding service to the University community and beyond. On Nov. 17, Georgia Southern Police Officer Katie Hodges was recognized by the Bulloch County Public Servant Committee as the Bulloch County Public Safety Officer of the Year for her quick response to assist a motorist who was struggling to exit their vehicle after driving it into a body of water.