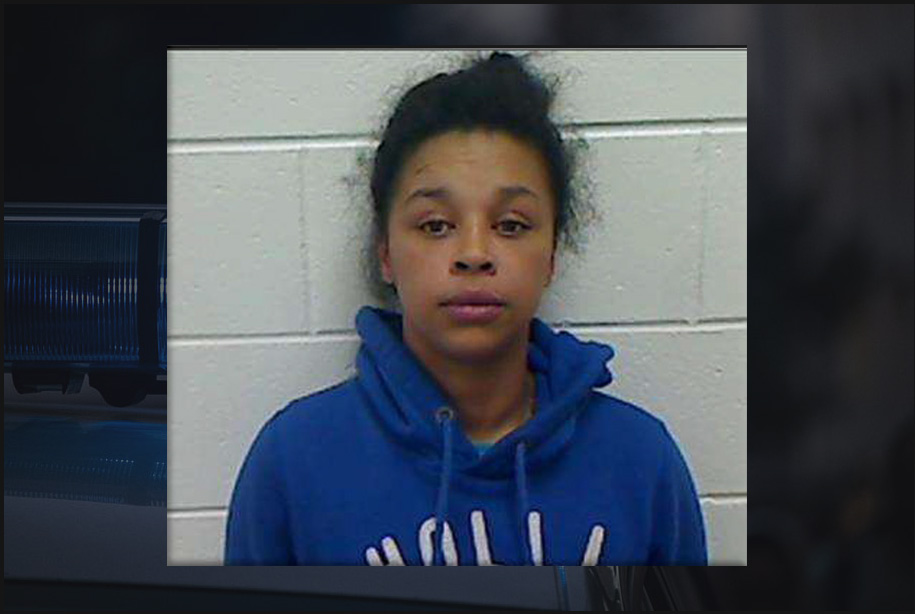 A 32-year old woman was arrested Sunday night for stabbing a man in a domestic dispute on Henderson Street. She was charged with one count of Aggravated Assault (FV), one count of Terroristic Threats, and one count of Possession of a Knife during the Commission of a Felony, and she remains at the Bulloch County jail pending further judicial action. The victim was treated at East Georgia Regional Medical Center and released.

On 12/4/22 at approximately 7:00 p.m. SPD Patrol officers responded to East Georgia Regional Medical Center for a male who presented at the hospital with a stab wound. The male was interviewed and the incident determined to have occurred at a residence in the 200 block of Henderson Street. Officers responded to that location and made contact with Anissa Rose (32 years old, Henderson Street, Statesboro). Detectives responded to begin the investigation and the victim was later released after being treated.

Detectives determined that the stabbing was a result of an ongoing domestic dispute and that Rose was the primary aggressor. She was arrested and transported to the Bulloch County Jail where she remains pending further judicial action. She is charged with one count of Aggravated Assault (FV), one count of Terroristic Threats, and one count of Possession of a Knife during the Commission of a Felony.

Anyone with information on this case should contact Captain Jared Akins at 912-764-9911 or submit an anonymous tip to tips@statesboroga.gov. 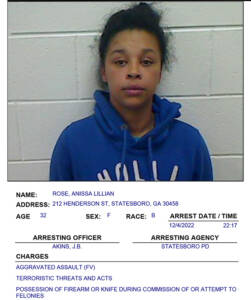 GDOT: Traffic Impacts for the I-16 at I-95 Improvement Projects Through December 10
12/05/2022 Booking Report for Bulloch County
Posting....