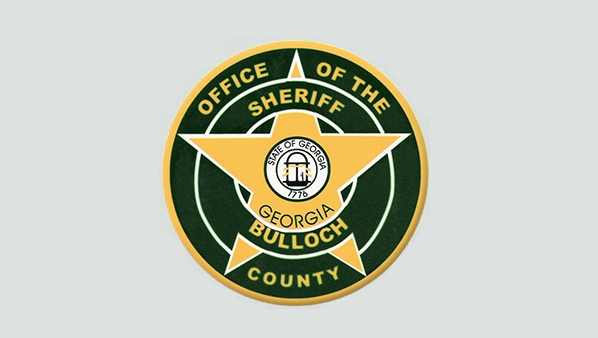 The Bulloch County Sheriff’s Office is investigating after they received a suspicious report from a citizen that he was pulled over by law enforcement. No records could be found indicating that an original jurisdictional agency had conducted a vehicle stop in the area, but through investigation, the person conducting the stop was identified as a Georgia Department of Corrections Officer.

On October 11th, this past Tuesday, the Bulloch County Sheriff’s Office received a report from a citizen that he was pulled over by law enforcement on Highway 301 South near the intersection with A.J. Riggs Rd. The complainant felt this interaction was extremely suspicious. The Sheriff’s Office could find no records indicating that an original jurisdictional agency had conducted a vehicle stop in this area. Due to a recent report of a similar incident near the City of Brooklet, an investigation was initiated. Investigators and Deputies were able to identify the person conducting the stop on 301 South as a Georgia Dept. of Corrections Officer. While, as a peace officer, he had lawful authority to conduct a vehicle pullover, it does appear this probably violated his departmental policy. As no criminal offense occurred this incident was turned over to the Department of Corrections to deal with internally.

At this time this does not appear related to the incident which occurred near Brooklet. Citizens should report any similar incidents to the Bulloch County Sheriff’s Office. We will continue to attempt to develop more leads in this case. This case is still an active investigation.