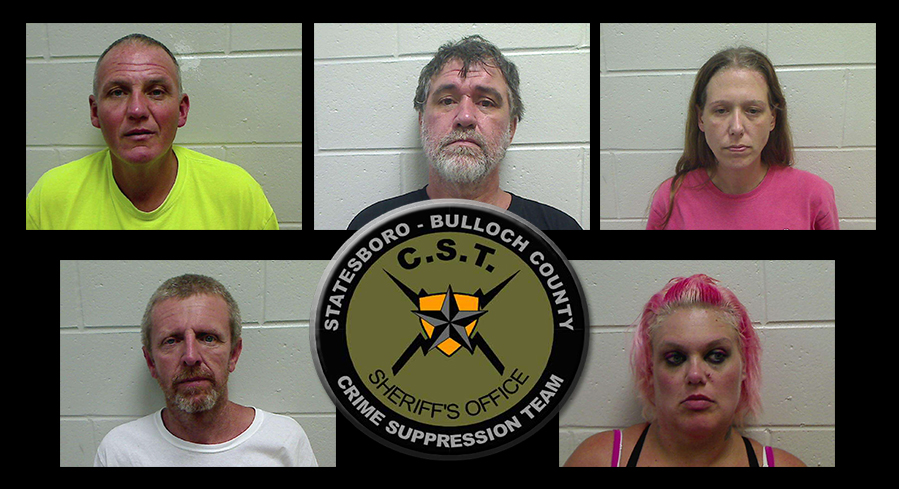 The first investigation began within the past 6 months after complaints involving Tracy Deloach distributing large amounts of methamphetamine. On July 13, investigators and BCSO K-9 unit served a search warrant at Deloach’s residence. More than 7 ounces of methamphetamine, along with drug paraphernalia and marijuana were discovered. Tracy Deloach, Walton Bunch, Amanda Lingerfelt, and Joe Brown were arrested and remain at the Bulloch County jail without bond. 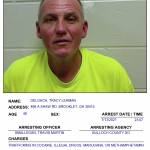 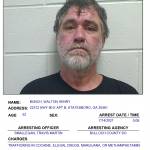 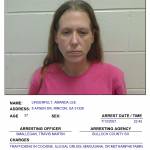 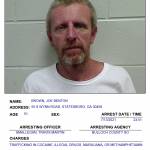 On July 14, after a month-long unrelated investigation, investigators and BCSO K-9 unit served a search warrant at Brandie Dowd’s residence, located on Horsefly Road in Portal. Approximately 1.5 pounds of methamphetamine, a trafficking amount of heroin, and a stolen firearm were discovered. Dowd was arrested and remains in the Bulloch County jail without bond. 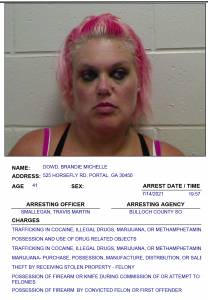 Sheriff Brown says he would like to encourage citizens to contact the Crime Suppression Team with any complaints of drug activity that you may suspect. All complaints will remain anonymous and be investigated thoroughly.