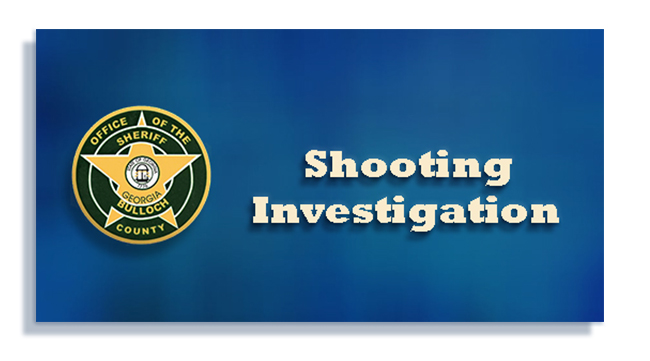 Bulloch County Sheriff’s Office is investigating a shooting Saturday evening in Brooklet. A man, Roderick Lowery, went to a home on Old River Road South and was being aggressive toward the elderly residents and children in the home. After being told to leave, Lowery’s aggression continued and the homeowner shot him. Lowery then left and deputies found him, along with his girlfriend, in a vehicle nearby. EMS arrived and he was transported to Memorial Medical Center in Savannah.

Upon arrival, Lt Tracy Miller obtained statements that the person shot (46 years old, RODERICK LOWERY) came to the residence and became aggressive with the elderly couple and teenage children that resided there. During the incident, LOWERY directed his attention towards the elderly male and started to aggressively approach him. The homeowner gave verbal commands to the “aggressor” for him to STOP and leave his house. This subject continued to advance towards the homeowner which resulted in him shooting LOWERY in the chest area. At this time LOWERY retreated to his vehicle and drove away.

As other deputies arrived on the scene, they found LOWERY and his girlfriend just down the road from the incident location, in the vehicle. Emergency Medical Services arrived and LOWERY was transported to Memorial Medical Center in Savannah, Ga for further treatment. At the time of this release, LOWERY is in stable condition at hospital and the case remains under investigation.

Should anyone have information about this incident, please call Investigator, Lt Walter Deal, Jr. at (912) 764-1788.

GDOT: Interstate Lane Closure for the I-16 at I-95 Improvement Projects Through September 24
09/19/2022 Booking Report for Bulloch County
Posting....