Three arrests have been made in an aggravated assault case from the weekend. 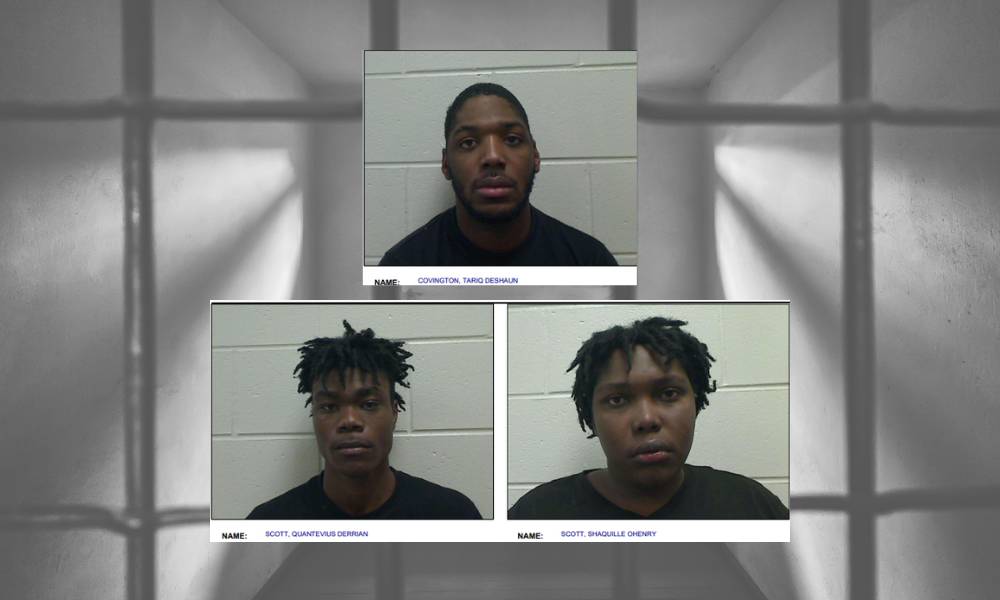 Three arrests have been made in an aggravated assault case from the weekend.

Two Statesboro Police Officers were approached on December 20, 2020 at 1:40 a.m. by three females in a car who claimed to have been shot at and chased by the occupants of another vehicle. The officers notified other units in the area of the suspects’ vehicle description and the vehicle was located shortly after on Fair Road where a high risk traffic stop was conducted. Three male occupants of the vehicle were detained.

Detectives responded and interviewed the female victims and conducted a search of the suspects’ vehicle. A 9 mm handgun was recovered and further investigation led to the arrest of the three suspects:

All three are charged with Aggravated Assault, Possession of a Firearm during the Commission of a Crime, Reckless Conduct, and Stalking. They remain in the custody of the Bulloch County Jail pending further judicial action.

Anyone with information on this case should contact Cpt. Akins at 912-764-9911 or submit an anonymous tip to tips@statesboroga.gov.