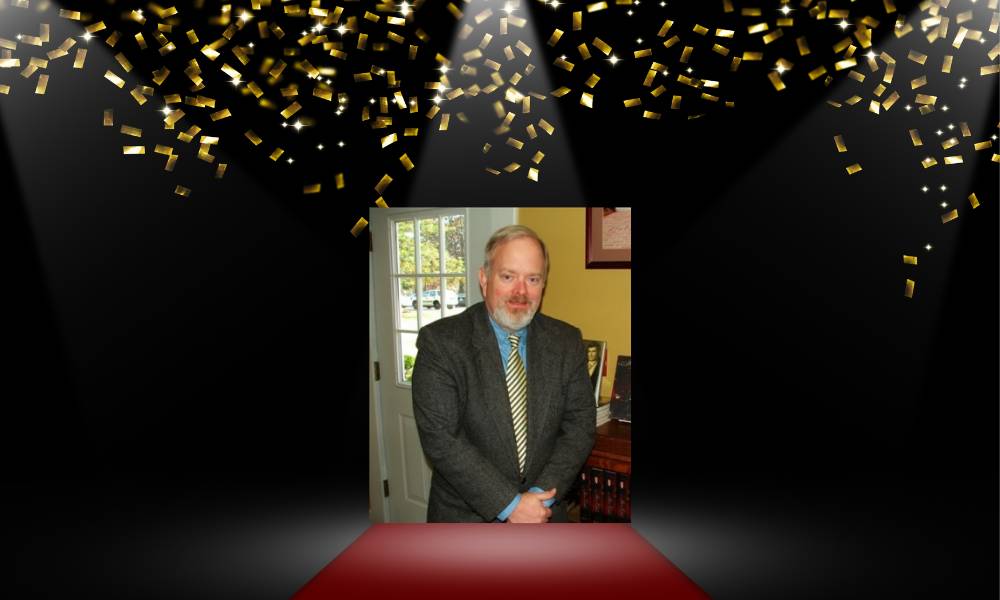 At the annual meeting of the Georgia Political Science Association, Dr. Lee Cheek, Professor of Political Science and former Dean at East Georgia State College, was awarded the James T. LaPlant Award for excellence in teaching and mentoring in political science. Cheek was nominated for the prestigious award by his students, former State Representative and current professor, Roger Byrd, and State Representative Matthew Gambill (District 15). In nominating Cheek, both Byrd and Gambill noted that “We strongly believe Dr. Cheek’s profound commitment to student mentoring and preparing political science students for careers in public service and the law demonstrate he is a deserving recipient of the award. During his thirty-five years of teaching in and leading political science programs, Dr. Cheek has amassed an amazing record of success in mentorship that continues even today. We both were, for example, political science majors under Dr. Cheek’s tutelage.”

The James T. LaPlant Award recognizes exemplary student teachers and mentors at either the undergraduate or graduate level. The award provides recognition to a faculty member for outstanding service to students. The decision is made by an award committee of past presidents, chaired by the immediate past president.

In terms of Cheek’s personal and professional “narrative,” he began teaching and mentoring students at Western Carolina University in 1986, where many of his students were encouraged to assume positions in state government and in the diplomatic ranks. He created a model experiential program called the Washington Practicum, and took students to Washington, D.C., every semester for an extensive public policy experience. He continues to lead this groundbreaking program, which now has a strong alumni base of support as well.

The remainder of Cheek’s career has been spent at several institutions: Brewton-Parker College, Lee University, Athens State University, University of North Georgia, and East Georgia State College. At Brewton-Parker College, Cheek actually created a political science program and served as division chair from 1997-2000. Over thirty students majored in the program Cheek developed and the majority of these students remain in public service or education pursuits. According to Gambill, “Cheek implemented a process of student mentoring, civic awareness and engagement that has continued from his first day of teaching in 1986 until today. His “pattern” or “model” is wonderfully wise and productive: at every institution where he has taught, Dr. Cheek has created student research forums for political science student research; taken students to political science professional meetings on at least a yearly basis; created internships of both a policy and law orientation available to all students; and, he has created honor society chapters to celebrate student accomplishments.”

For Gambill, “While Cheek has always been aware of the need to explore, counsel, and promote the professional possibilities of political science students, his efforts began to prosper at an even higher level.” Gambill continued: “In his last year at Lee, for example, ten of his Lee University political science students were accepted into law school, a record for law school admissions during an academic year within the Appalachian College Association. It is not hyperbolic to suggest that his pattern of career mentorship has been remarkable, especially given his commitment to institutions without large support networks or endowments.”

“For all these years, Cheek has also involved many of his students in student-faculty research opportunities. When one encounters one of Dr. Cheek’s books, each introduction, for example, is filled with notes of gratitude to the students who helped him in his research and the preparation of the manuscripts,” suggests Professor Byrd.

He has been a congressional aide and a political consultant. Dr. Cheek’s books include Political Philosophy and Cultural Renewal (Transaction/Rutgers, 2001; reprinted, Routledge, 2018 [with Kathy B. Cheek]); Calhoun and Popular Rule, published by the University of Missouri Press (2001; paper edition, 2004); Calhoun: Selected Speeches and Writings (Regnery, 2003); Order and Legitimacy (Transaction/Rutgers, 2004; reprinted, Routledge, 2017); an edition of Calhoun’s A Disquisition on Government (St. Augustine’s, 2007; reprinted, 2016); a critical edition of W. H. Mallock’s The Limits of Pure Democracy (Transaction/Rutgers, 2007; reprinted, Routledge, 2017); Confronting Modernity: Towards a Theology of Ministry in the Wesleyan Tradition (Wesley Studies Society, 2010); an edition of the classic study, A Theory of Public Opinion (Transaction/Rutgers, 2013; reprinted, Routledge, 2017); Patrick-Henry Onslow Debate: Liberty and Republicanism in American Political Thought (Lexington, 2013); and, The Founding of the American Republic (Notre Dame University Press, 2022 [forthcoming]). He has also published dozens of scholarly articles in academic publications, and is a regular commentator on American politics and religion. Dr. Cheek’s current research includes completing an intellectual biography of Francis Graham Wilson (I.S.I. Books), and a book on Patrick Henry’s constitutionalism and political theory. He currently serves on the editorial boards of Studies in Burke, Humanitas, The Political Science Reviewer, Anamnesis, VoegelinView, and The University Bookman, as a Senior Fellow of the Alexander Hamilton Institute, and as a Fellow of the Academy of Philosophy and Letters (elected). Cheek has been a Fellow of the Wilbur Foundation, the Earhart Foundation, the Horowitz Foundation for Social Policy, the Center for Judicial Studies, and the Center for International Media Studies. Dr. Cheek lives on Tybee Island, Georgia, with his wife, Kathy B. Cheek.