Durden has been appointed by Lt. Gov. Geoff Duncan to the Georgia Innovates Taskforce. 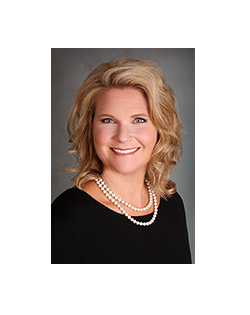 Ogeechee Technical College president, Lori Durden, has been appointed by Lt. Gov. Geoff Duncan to the Georgia Innovates Taskforce, a panel of Georgia leaders designed to accelerate his vision of making Georgia the Technology Capital of the East Coast.

“It is truly an honor and privilege to be appointed to the taskforce. The state of Georgia is already making great strides in its infrastructure and I believe technical education plays an important role in the development and evolution of technology across the state,” said Durden.

The taskforce will be divided into four subcommittees that explore public innovation, education and training, entrepreneurship and start-ups, and rural initiatives. Among those who have agreed to serve on the Taskforce are:

• Raphael Bostick, President and CEO, Federal Reserve Bank of Atlanta. Bostick, who took the helm at the Atlanta Fed in early 2017, is a former official with the Obama Administration and served in the Department of Housing of Urban Development.

• Lori Durden, President, Ogeechee Technical College. The college will soon be the only site with a FANUC robotics training lab in Georgia and one of only 12 in the United States and Canada.

• Martin Flanagan, President and CEO, Invesco Ltd USA, Atlanta. He has served in that role since 2005. Flanagan also serves on the executive board of Southern Methodist University’s Cox School of Business.

• Paul Judge, Co-Founder and Executive Chairman, Pindrop and Co-Founder and Partner, TechSquare Labs. Judge has co-founded three acquired companies and invested in over 60 tech-enabled companies, helping create over 1,000 jobs. Pindrop’s voice security protects some of the largest financial institutions across the globe.

• Jeb Stewart, CEO of Xana Management, LLC and a host of other businesses including Principal and co-founder of construction firm FS360. He previously was the founder and CEO of SciHealth, a healthcare decision support software company.

This is a press release from Ogeechee Technical College.