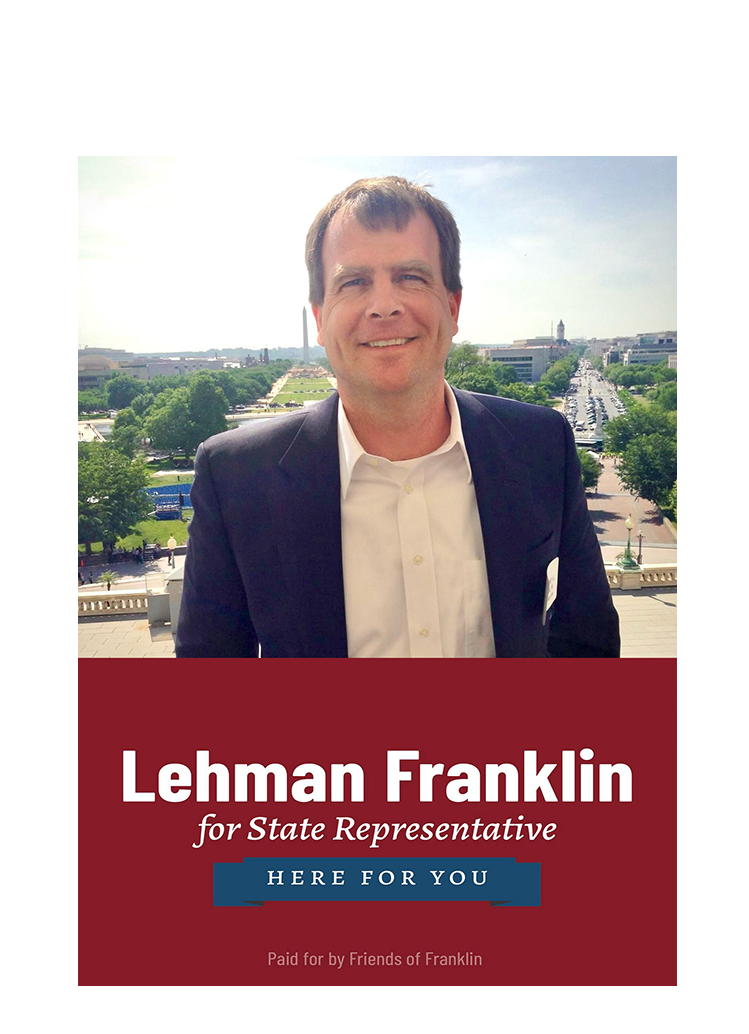 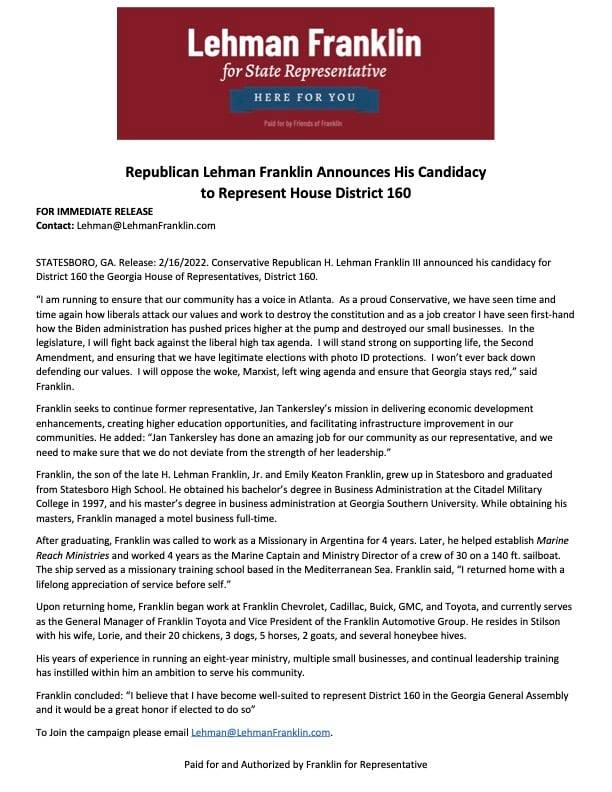 Lehman Franklin grew up in Statesboro and graduated from Statesboro High School. He obtained his bachelor’s degree in Business Administration at the Citadel Military College in 1997, and his master’s degree in business administration at Georgia Southern University. While obtaining his masters, Franklin managed a motel business full-time.  He is the Son of the late H. Lehman Franklin, Jr. and Emily Keaton Franklin.

After graduating, Franklin was called to work as a Missionary in Argentina for 4 years. Later, he helped establish Marine Reach Ministries and worked 4 years as the Marine Captain and Ministry Director of a crew of 30 on a 140 ft. sailboat. The ship served as a missionary training school based in the Mediterranean Sea helping to develop the character and leadership skills in aspiring missionaries as they spread the gospel.

Upon returning home, Franklin began working at Franklin Chevrolet, Cadillac, Buick, GMC, and Toyota, and currently serves as the General Manager of Franklin Toyota and Vice President of the Franklin Automotive Group. He resides in Stilson, Georgia with his wife, Lorie, and their 20 chickens, 3 dogs, 5 horses, 2 goats, and several honeybee hives.