Early voting outpaced Election Day voting considerably – for Allen by 230% and for Johnson by almost 400%
Also included is a county-by-county vote tally for all GA-12 counties. 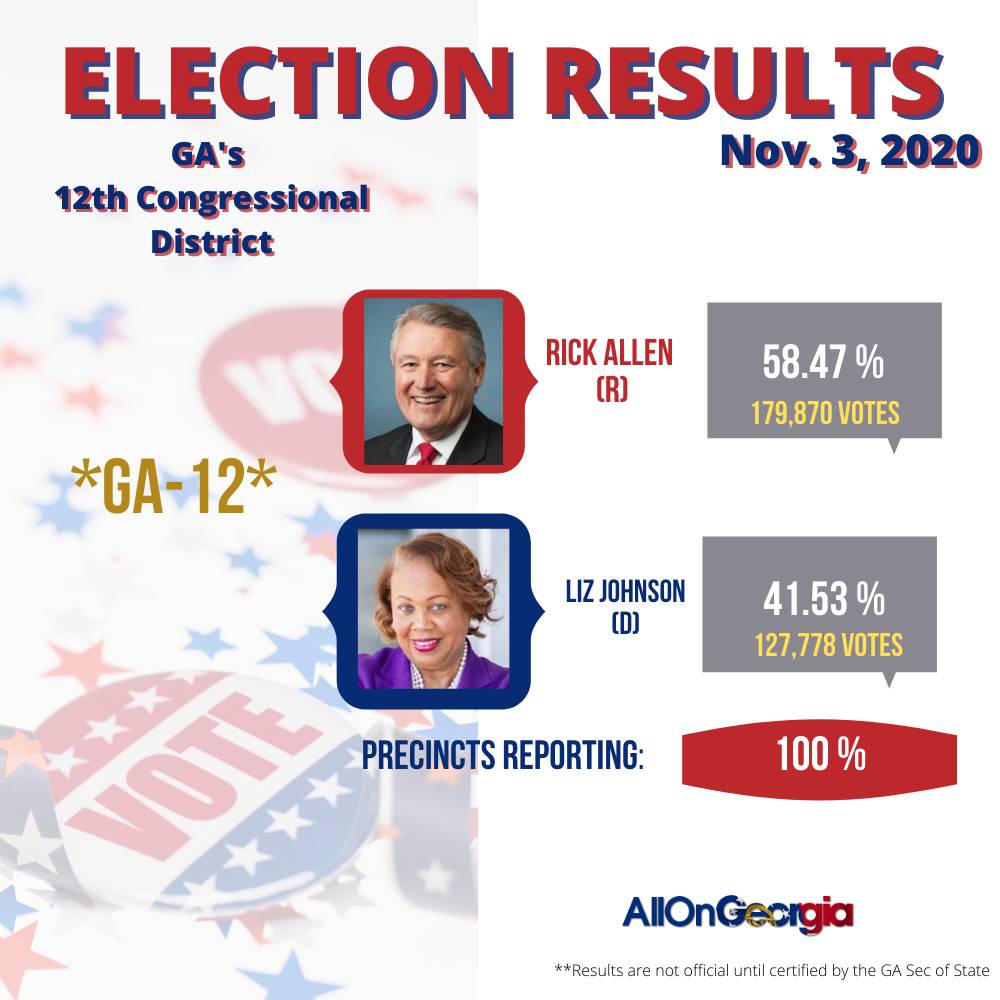 Check out this breakdown of early voting: 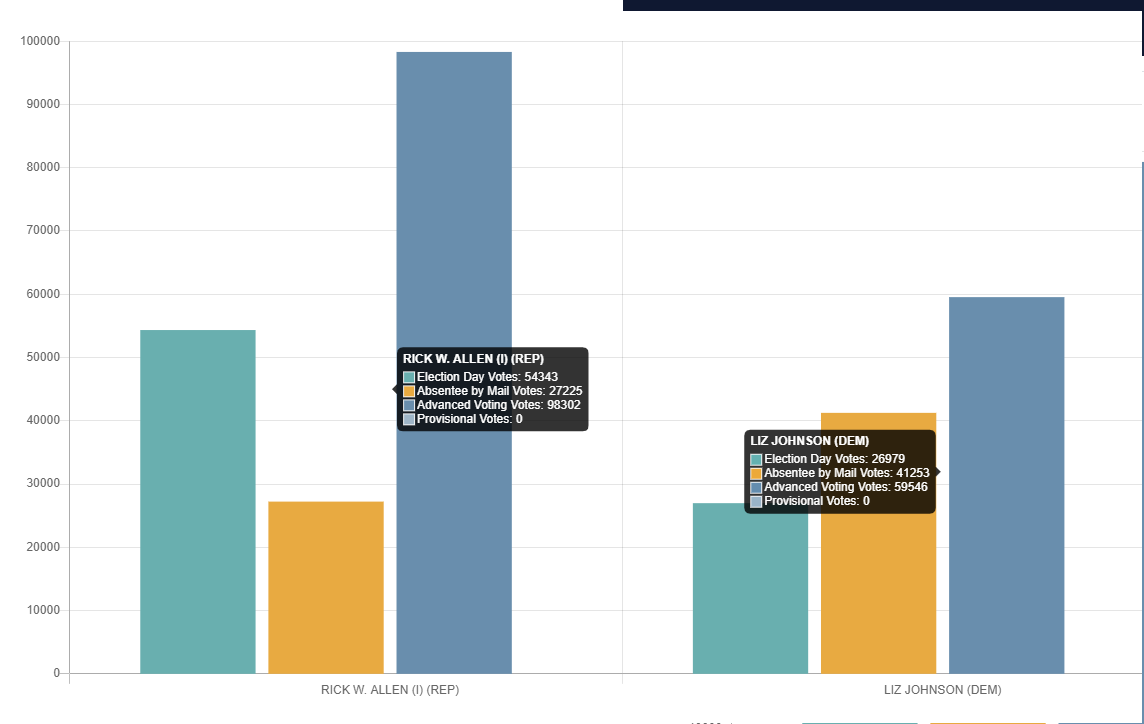 Here’s the county-by-county results for GA-12: