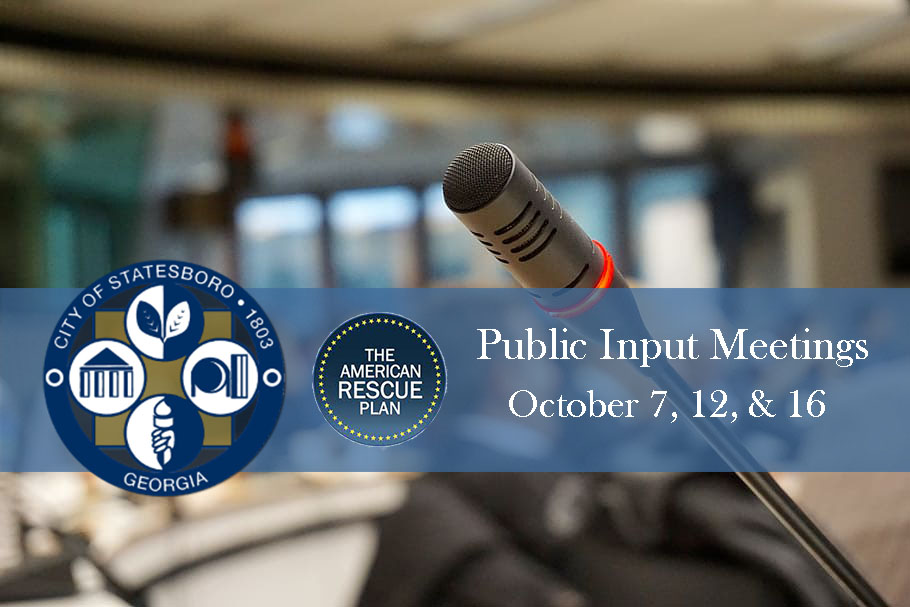 The City of Statesboro will hold three meetings this month to seek public input on the proposed use of funding from the Federal American Rescue Plan Act (ARPA).

The city is expected to receive approximately $12.3 million in ARPA funds. Of this amount, the city has already received $6.15 million with the remaining portion due to be received in July 2022. The public meetings will be held at the following dates and times:

The city has prepared a preliminary plan to utilize the ARPA funds but is seeking public input and comment before any funding plan is finalized by the Mayor and City Council. A short presentation detailing the plan will be given by city staff at each of the three public meetings. The preliminary plan currently includes proposals to fund the following:

All interested parties are encouraged to attend the meetings. Questions regarding the meetings and proposed plan can be directed to the city’s Planning & Development Department at planning.development@statesboroga.gov.