The topic of the meeting is the Blue Mile streetscape and drainage improvements. Feedback from the community is encouraged. 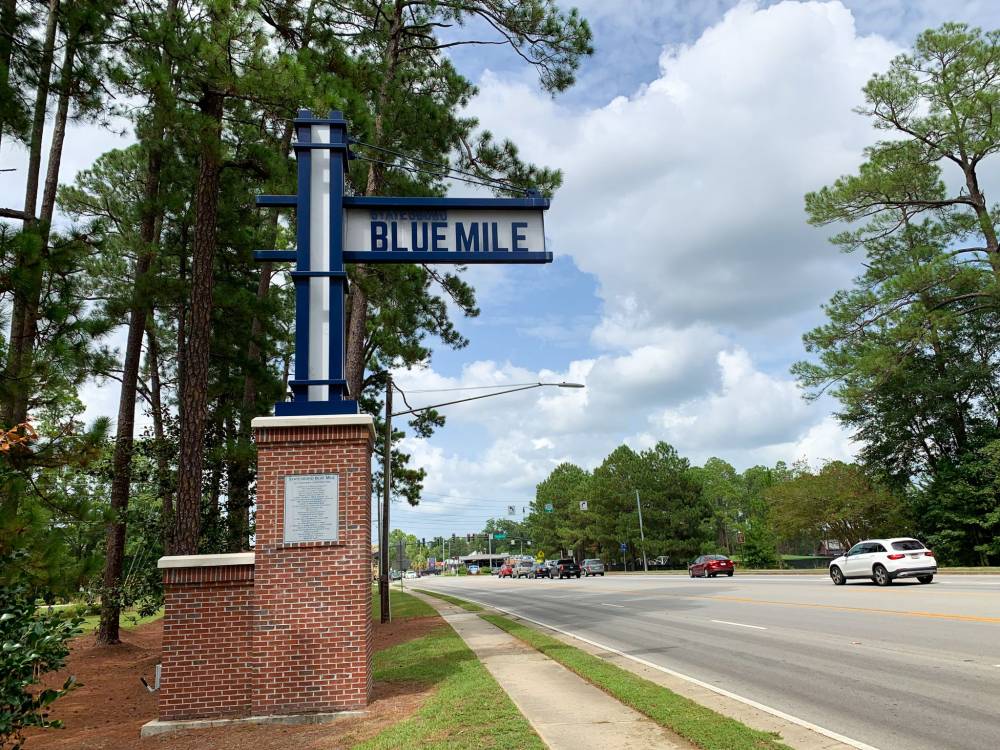 The City of Statesboro will be holding a public input meeting this Thursday, February 25, 4:00 p.m. – 6:00 p.m. in the City Hall council chambers.

The topic of the meeting is the Blue Mile streetscape and drainage improvements, along the South Main Street(State Route 73/US 301) corridor from Tillman Road to the intersection of Fair Road(State Route 67). Feedback from the community is encouraged.

City of Statesboro staff and project design professionals from EMC Engineering will be present at the meeting to address questions and concerns of citizens and property owners. Printed copies of the project plans and renderings will also be available to attendees.

The City of Statesboro and Blue Mile Foundation have been working together since 2014 toward the implementation of a “streetscape” along the Blue Mile. Design work began in early 2016 by EMC Engineering but the project experienced several delays including a drainage study by the Georgia Department of Transportation (GDOT), project funding constraints and the absence of a concept for the Creek on the Blue Mile project. The City received grant funding from GDOT in August 2020 to assist in the implementation of the project. The grant funds will be provided by GDOT’s Local Maintenance & Improvement Grant (LMIG) program and will alleviate drainage deficiencies currently along this corridor.

The Blue Mile Streetscape project is slated to start in the first half of 2021 and will include drainage improvements, sidewalk widening and improvements, utility relocation, bus shelters for the city’s soon to be launched transit program, enhanced driveway access points for vehicle entry that will provide safe crossing points for pedestrians, and landscaped pocket parks for pedestrians to pause along the Blue Mile. The total estimated cost of the project is $3.8 million which will be funded through GDOT grant funds, local TSPLOST funds, and the City of Statesboro Public Utilities Department.

Following the public meeting, feedback and input will be assessed and revisions to the proposed plan may occur. If no major changes are proposed as a result of public feedback and input, plans will be finalized and the project will proceed to the construction phase.

Citizens who are unable to attend the meeting can view the proposed plans and renderings at https://www.statesboroga.gov/community-feedback and submit questions and comments using the fill-in form at the bottom of the web page.