More than a year after a series of articles published on AllOnGeorgia revealed concerning acts within the Brooklet Police Department, the investigation and case review by the Georgia Bureau of Investigation has been released. 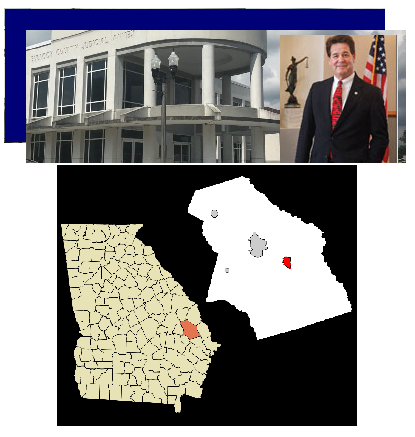 More than a year after a series of articles published on AllOnGeorgia revealed concerning acts within the Brooklet Police Department, the investigation and case review by the Georgia Bureau of Investigation has been released.

The GBI investigation is one related to the allegations of theft (two cameras and a SIM card) and a possible violation of oath of office by former Brooklet Police Officers Charles Dutton and Lee Rogers, which were made by the same woman who claimed to be sexually assaulted by another former Brooklet Police Officer. But the review by the GBI itself was not into the allegations of criminal activity, but whether or not a previous investigation found evidence of criminal wrongdoing.

The complete file, which was obtained through an Open Records Request with the GBI, shows documents from the investigation conducted by the Effingham County Sheriff’s Office, the preliminary review by the GBI, and a final acknowledgement by District Attorney Richard Mallard indicating that no criminal charges would be pursued — despite findings of ‘criminal violations.’

July 10, 2019 — District Attorney Richard Mallard requested that the GBI conduct a preliminary review of the Internal Investigation conducted by the Effingham County Sheriff’s Office at the request of former Interim Chief Brian Mundy.

Request for a preliminary review from D.A. Mallard


An interview was conducted with Mundy and in the preliminary review report, Special Agent Charles Sullenger noted that his primary purpose of meeting with Mundy was to obtain a copy of the investigation conducted by the Effingham County Sheriff’s Office. Agent Sullenger told Mundy in an interview recorded in its entirety that “the scope of the investigation is to look at the investigation, see if there’s criminal allegations in there, and then go from there with what needs to be done to resolve those criminal issues.” Sullenger’s report notes that Mundy attempted to explain other evidence in his possession, but Agent Sullenger said the investigation was limited to the findings of the ECSO investigations and he may contact Mundy at a later time if he is asked by the District Attorney to further investigate allegations of criminal activity.

July 11, 2019 — Evidence and files were collected from the Brooklet Police Department.

Investigator Dan Mealor provided the GBI with his complete case investigation file on the Internal Investigation stemming from the Cindy Lee traffic stop.

Investigator Jeremy Scott of the Effingham County Sheriff’s Office reported to the GBI that he generated an investigative report in the form of a letter advising that the matter involving Officers Dutton and Rogers. Sullenger notes that Scott reported the findings “appeared to be criminal in nature to him and should be investigated by another agency.” 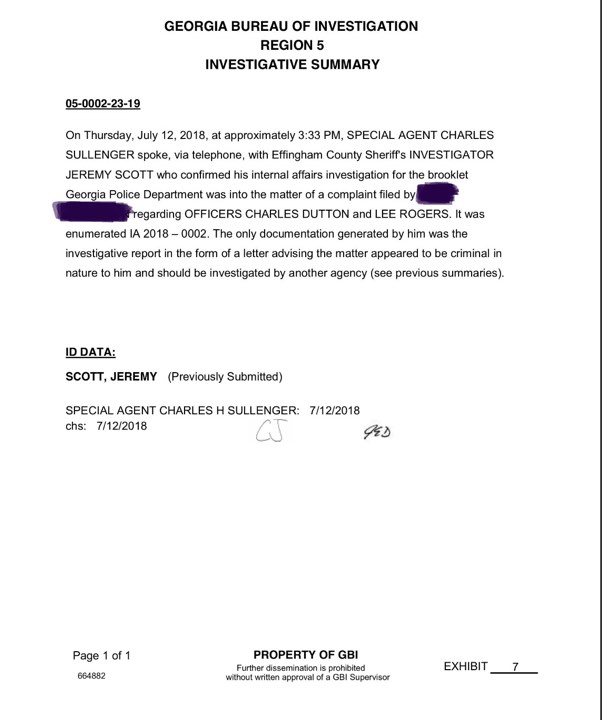 The GBI turns the Preliminary Review over to the Ogeechee Circuit District Attorney’s Office and notes that the scope of the request by Mallard – findings from the Effingham County Sheriff’s Office investigation- was completed.

What Did the Preliminary Review Include?

The preliminary review is a review of the evidence to determine if there is enough to warrant a full criminal investigation. The following items were turned over to the District Attorney’s Office: 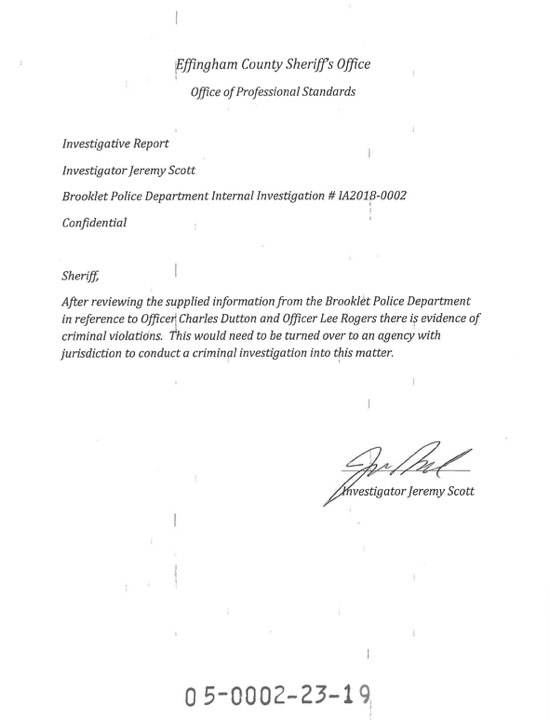 At one point during the interview with Mundy, Agent Sullenger can be heard saying in the audio recording turned over to Mallard, “The issue with the cameras, I can see where OK, that’s misdemeanor theft, however, it is theft by a law enforcement officer. That’s a whole new light on it.”

The final page of the GBI’s investigative summary reads:

“DISTRICT ATTORNEY RICHARD MALLARD advised his office does not intend to pursue criminal charges based on the information obtained in this preliminary review as detailed throughout this file.  Instead, he will leave those involved to pursue their individual civil remedies. As a result, this case will now be closed.”

The file does not indicate on which date the case was closed. AllOnGeorgia requested the file a number of times in 2018 from the GBI and the District Attorney’s Office, but the case was still on Mallard’s desk pending a decision for most of 2018. The GBI summary notes Mallard’s reference to the matters being worked out in civil court and the five lawsuits were not filed until mid-November 2018. They were transferred to federal court in December 2018.

AllOnGeorgia has left a number of messages with Mallard’s office since July 2018. None have been returned.

The video of former Officer Lee Rogers admitting to the acts referenced in the GBI’s file is in its entirety below. The matter is discussed at the 7:50 mark, the 13:30 mark, and discussed again at the 15:15 mark, at which point she says, “I sincerely apologize.” (The video has been blurred to protect the privacy of the alleged sexual assault victim and her name has been censored)