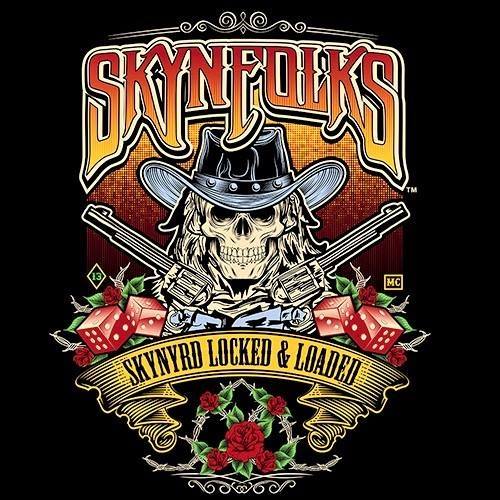 SkynFolks – The Lynyrd Skynyrd Tribute Band will be at Averitt Center for the Arts on Saturday, March 19, 7:30 pm.

Tickets are $30, or $28 for members, military, first responders, and city/county employees.

“Authentic”…When it comes to the Tribute Band world, that word seems to be used a bit more than it should be. SkynFolks was formed as a result of some very devoted musicians who wanted to bring a little more to the game than what they’d seen of Lynyrd Skynyrd tribute bands. They also knew how discriminating and tough real Skynyrd fans can be, so they set their performance bar high…really high.

The members of SkynFolks are seasoned professional musicians who have played with national acts like Leon Russell, the Allman Brothers Band, KISS, Collective Soul, and many others. However, from the very beginning, every member of SkynFolks knew that this was something different from anything they’d done before.

Brought together by luck, fate, devotion and drive, the members of SkynFolks pledged to create a band that would exactly reproduce the music of Lynyrd Skynyrd. No improvisation allowed — every part had to be played exactly like the original recordings. Constant practice honed the music like a razor. What emerged when they finished has never been done since the days of the original Skynyrd lineup. Totally authentic, accurate renditions of the music on the first 5 Lynyrd Skynyrd albums.

In the last two years, SkynFolks has played in venues of all sizes, including festivals, theaters, clubs, private parties, and concert halls. These performances helped the band build a rapidly-growing, enthusiastic fan base, many of whom have followed our performances to venues across the Southeast.