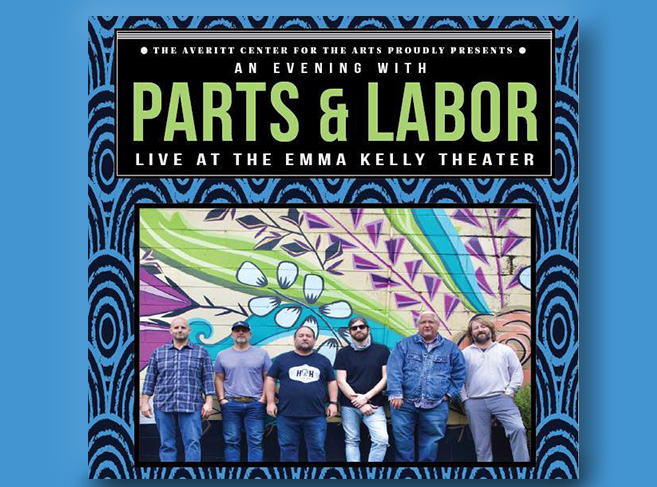 Parts & Labor will be live at the Emma Kelly Theater Saturday, January 29. A pre-show tailgate, featuring live music from Willis Gore of the band Bonnie Blue, will be in the Synovus Bank parking lot from 5:00 pm – 7:00 pm. Show begins at 7:30 pm.

Parts & Labor’s music is a blend of blues, rock, jam, and folk. Although the band is based out of Macon, two of the six members, Greg Kearney and Greg Cooler, are from Statesboro.

“Formed in 2019, they’ve been touring the southeast and leaving a trail of new fans behind them. Their debut album, recorded at the famed Capricorn Studios in Macon, was recently named in Sound & Soul Radio’s top 100 albums of 2021 alongside the Black Keys, Silk Sonic, Blackberry Smoke, Todd Snider, and more.” 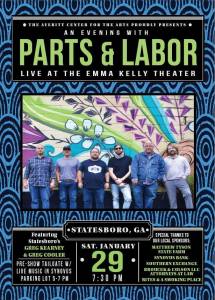 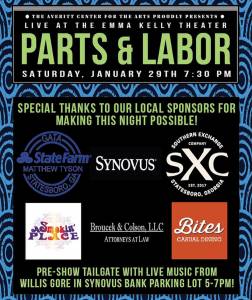