Less than a week after the Bulloch County Board of Education voted unanimously to halt the practice of quarantining students and teachers if they’ve been exposed to COVID-19 under certain circumstances, a state bureaucrat is positioning to trump the local action. 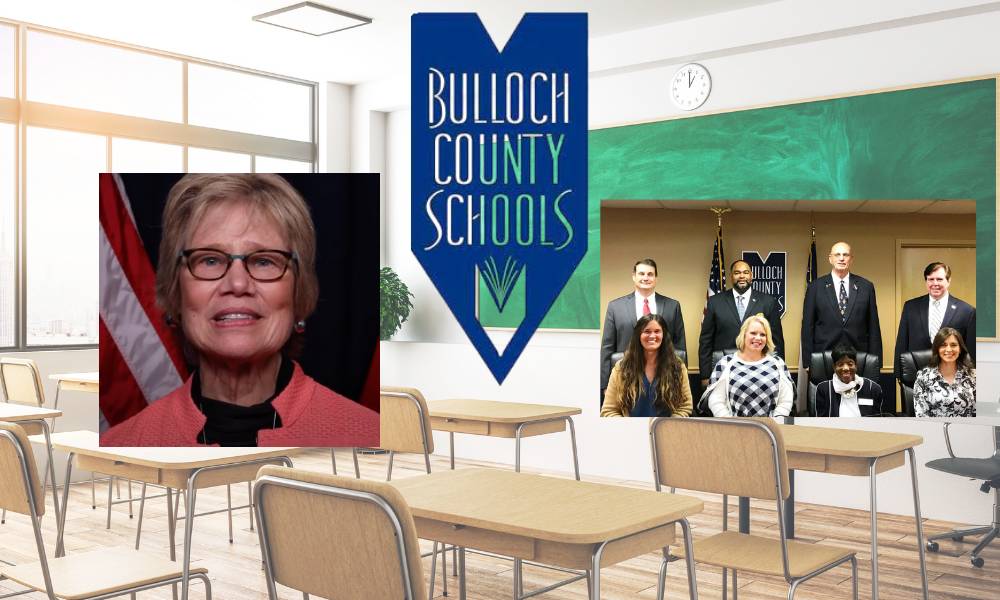 Less than a week after the Bulloch County Board of Education voted unanimously to halt the practice of quarantining students and teachers if they’ve been exposed to COVID-19 under certain circumstances, a state bureaucrat is positioning to trump the local action.

An October 13 letter from Dr. Kathleen Toomey, Commissioner of DPH and the State Health Officer, says she became aware of the BOE’s October 8 decision to eliminate the quarantine period for students and teachers in the school district. The unanimous decision by the Board to “reconsider the Department of Public Health guidelines, and if a student is exposed to a COVID-19 positive person, if the student that is exposed is wearing a mask, and it has been documented, they do not have to follow those guidelines of quarantining for 14 days,” is a point of contention for the state health department.

The purpose of the letter addressed to Chairman Mike Sparks is stated to inform the district that the action ‘is out of compliance with guidance issued from the CDC and the Georgia Department of Public Health, ‘as well as the legal requirements of an order signed by Toomey – the 8th Amended Administrative Order for Public Health Control Measures, which took effect on July 28, 2020.

The July 28th Administrative Order under DPH, however, has not previously been published, distributed, or otherwise made available for school systems or public consumption.

Toomey also stated in the letter that failure to comply would be a misdemeanor offense, citing OCGA 31-5-8 which pertains to the person who refuses to isolate or quarantined – not the governing body regulating the quarantine. But the October 13 letter is signed by Toomey and appears to misstate the legal authority of the BOE to enforce that an individual remain in their home. Even if the BOE were to reinstate the measures for quarantine, it would have no authority to make sure people do not leave their homes or designated location.

You can read both documents below. Story continues below.


Superintendent Charles Wilson’s letter to the Board on October 14th is as follows:

Attached for your reference are two items.  One is a letter that was sent from DPH Commissioner Toomey to BCS BOE Chairman Sparks on October 13th.  The other is the standing GaDPH Administrative Order dated July 28th.  Dr. Toomey’s letter to Chairman Sparks was sent via DPH legal counsel to our legal counsel.
After talking with legal counsel about this and then further discussing the matter with Chairman Sparks and Vice-chairman Mims, I am informing you of the following so that you are aware of what is happening.
As the letter states, the board is requested to immediately rescind its October 8th action to eliminate quarantine requirements.  Legal counsel recommends that we adhere to this request.  It is my understanding that we will take this matter up for decision at our next scheduled meeting, which is on October 22nd.
Effective today, I will inform school administrators and nurses that we are temporarily suspending further implementation of the board’s action related to the exemption of quarantining students, as already interpreted and communicated, until the board is able to meet and decide upon further action and consult with legal counsel.  However, we will not be telling students who have already been told that they can return to school that they must re-quarantine as a result of this temporary action.
As a follow up to this, I will ask Hayley Greene to be proactive in our communication to employees, parents, and the public.   It has been brought to our attention that the news media has been provided copies of the DPH’s letter to us by the DPH.  We expect full media attention on this matter.
I have asked legal counsel to provide us with written guidance on this matter so that all of you have the same information that has been shared with me.
Chairman Sparks has asked that board member questions and concerns be directed to him.
Thank you,
Charles

Press release from the school system:
Bulloch’s Board action temporarily suspended
Department of Public Health requests immediate recension of action regarding quarantines
Further implementation of a Bulloch County Board of Education (BOE) action has been temporarily suspended pending further discussion by the full Board at its October 22 work session.  The decision was made Tuesday, after Superintendent of Schools Charles Wilson consulted with the school district’s legal counsel and then met with BOE Chairman Mike Sparks and Vice Chairman Heather Mims regarding receipt of a letter addressed to Chairman Sparks from Dr. Kathleen E. Toomey, commissioner of the Georgia Department of Public Health (DPH).
Referencing her knowledge of an approved Board action that immediately changed the school district’s quarantine protocols in regards to direct exposures to confirmed positive COVID-19 cases, Toomey stated, “this action is out of compliance with guidance issued from the Centers for Disease Control and Prevention (CDC) and the Georgia Department of Public Health, as well as the legal requirements within the DPS’s Administrative Order issued on July 28, 2020.”
Toomey advised Sparks, “Furthermore, I would like to remind you that failure to comply with this Order is a misdemeanor offense pursuant to O.C.G.A. § 31-5-8. Any person who refuses to isolate or quarantine as required by this Order may be subject to further action as may be necessary.”
Toomey ended the letter with the statement, “I respectfully request your Board immediately rescind the action taken on October 8, 2020 to eliminate quarantine requirements.”
On October 14, in response to the local decision to temporarily suspend further implementation of the Board’s action, Superintendent Wilson communicated by email to school principals and medical personnel. “We will not tell students who have already been told that they can return to school that they must re-quarantine as a result of this temporary action,” Wilson stated. “Please understand that the DPH still has authority to communicate with quarantined students and their families regarding quarantine requirements.”
October 8, 2020 Bulloch County Board of Education Action
At its scheduled regular session on October 8, the Board unanimously approved a motion from District 4 Board Member April Newkirk to “reconsider the Department of Public Health guidelines, and if a student is exposed to a COVID-19 positive person, if the student that is exposed is wearing a mask, and it has been documented, they do not have to follow those guidelines of quarantining for 14 days.”
This Board’s approved action went into effect at schools on October 9. For students who are exposed to a confirmed positive case of COVID-19, a parent could choose if the student would quarantine at home for 14 days or be permitted to remain at school if the student and parent could attest to the following: (1) student was wearing a mask at the time of exposure; (2) student is and remains asymptomatic; (3) student would continue to wear a mask at school; (4) parent would conduct Bulloch County Schools’ self-health check daily with the student; and (5) the student would not come to school if sick or exhibiting symptoms of COVID-19.
During the October 8 Board meeting Sparks said, “This issue (quarantines) didn’t just pop up. I asked the superintendent three-and-a-half weeks ago to methodically and carefully review this issue of quarantines.”
Wilson stated that he had been in regular contact with the Georgia Department of Public Health (DPH) during the pandemic, and he has discussed the matter of adherence to DPH orders and guidelines with legal counsel.
“The school district has been operating under an administrative order from DPH due to a public health crisis, and it gets its authority from the Governor’s executive order,” Wilson stated. “I don’t think this superintendent or Board has ever done this before in terms of revising or adjusting a standing executive order.”
Based on feedback during the Board meeting, it appears the spirit of the Board’s action is to prevent learning disruptions, loss of extracurricular involvement, and negative social and emotional effects that multiple quarantines have on students.  Some parents’ comments at the October 8 meeting also expressed a desire to restore parent choice for those who had selected face-to-face instruction for their children.  It was noted that some students had experienced three quarantines, which removed them from school six of the eight weeks that school had been in session.
Since the district reopened schools on August 17, with parent choice of virtual or on-campus learning, it has partnered with DPH to implement COVID-19 isolations, contact tracing, and 14-day quarantines of asymptomatic persons who had direct contact with a positive case.  As of October 14, there have been 102 employees and students who have tested positive for COVID-19. This resulted in 955 total exposures, 65 of which remain in 14-day quarantine. Only 13 of those 955 exposures (1.4 percent) have developed symptoms or tested positive for the virus.
At the Board meeting Wilson said, “I’m frustrated. Superintendents across the state are frustrated, and we’ve expressed our frustrations to the DPH. We appreciate the board’s support and efforts to help our students get back into school, and we want to continue to work in that effort by being diligent together.”
# # #
Related Topics
Jessica Szilagyi