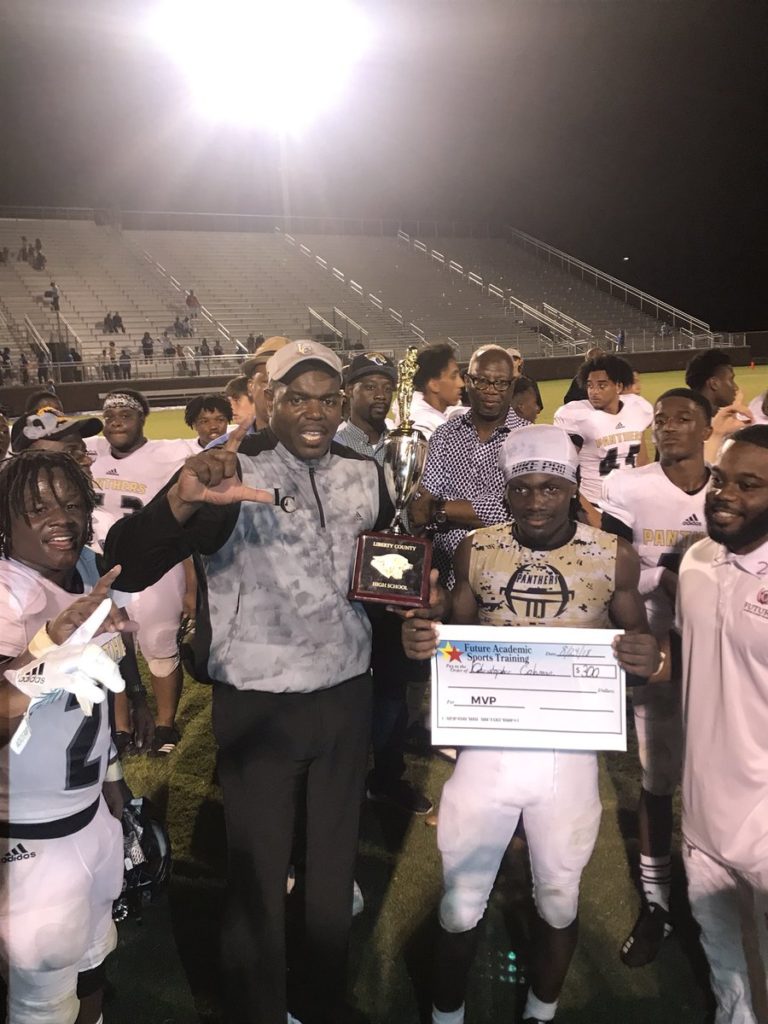 The Southeast Georgia High School Football Player of the Week has been identified, and this week’s selection was an easy choice.

The winner of the weekly honor is Liberty County senior running back Kris Coleman who had a monster game for the Panthers in their 40-17 triumph last Friday against rival Bradwell Institute at Olvey Field in Hinesville.

In the season-opening game for the Panthers, the 5-foot-7, 153-pound standout ran for 354 yards and five touchdowns on 22 carries to help Liberty to its sixth win in the last seven games against Bradwell.

Coleman’s yardage and touchdown totals were both single-game school records. He also caught a pass for 20 yards and ran for a two-point conversion.

Liberty coach Kirk Warner said he knew early on his senior running back was primed for a big game on opening night.

“I knew after the second or third series of the game that Kris was going to have a special night. He did just that,” Warner said.

Oh boy, did he ever.

Coleman carried for 176 yards in the first half alone.

On Liberty’s first series, he had five carries for 64 yards and scored on a tackle-breaking 34-yard run.

Before the end of the first period, he also broke loose for a 69-yard run that led to another Liberty touchdown.

Coleman also scored from 5 yards out in the second quarter.

After halftime, he ran 75 yards for a score on his first carry of the third quarter.

Before the end of the night, Coleman also scored on runs of 18 and 57 yards in the fourth quarter.

“Kris Coleman is a coach’s dream,” Warner said. “He is one of the strongest players on the team and loves the game of football, which is evident in how he approaches the game.

“ It is very exciting to watch a back who can change the game on any given play.”