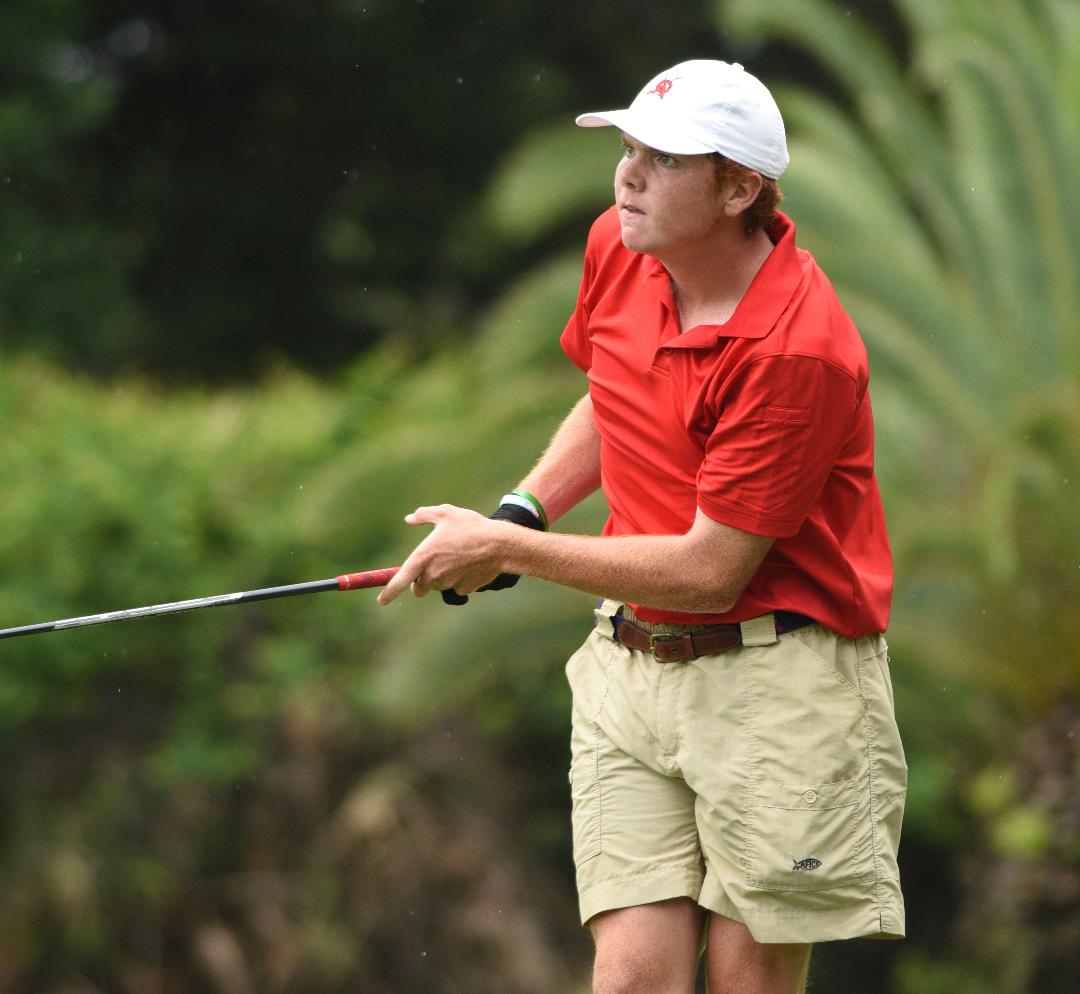 Both events were 36 holes with the first 18 played on Monday and the second 18 played on Tuesday. The girls played the Indian Mound Course while the boys competed on the Pine Lakes Course. Both courses are par-72 layouts at the Jekyll Island Golf Club.

Glynn County Schools served as tournament host for both events which included a banquet for all of the teams on Sunday prior to the start of play.

The Red Terrors shot 308 in both rounds of the boys tournament to finish with the 616 score.

That mark left the Terrors well off the winning pace set by Johns Creek which captured its second straight state crown with a 2-under-par 574 total over the two rounds. The champions shot 286 and 288.

Creekview finished a distant second with a 587 score that included rounds of 296 and 291.

Gainesville finished third at 588, Dalton was fourth with a 600 and Lakeside-Evans rounded out the top five with a 602 score. Also, Greenbrier shot 612 to finish sixth and Cambridge posted a 613 to finish seventh just ahead of the Terrors.

“We gave it our best effort,” said Glynn coach Mike Zito. “Both days really followed our pattern this year. We started out strong and kind of stumbled coming in.

“We have the talent. We just didn’t get it done. It wasn’t what we wanted. We can always go back and say if we did this or that, but that’s golf and you don’t get mulligans in this tournament. I know our kids gave it 100 percent and they’re a great group of guys.”

Worth Pickens led the Terrors with his 152 score that included rounds of 75 and 77. He tied for 26th.

The boys event included 18 teams plus several individual qualifiers. Austen Heider from Greenbrier and Jack Vajda of Creekview both shot 139 to tie for medalist. Heider shot rounds of 68 and 71 for his 5-under score while Vajda carded a 69 and a 70.

Dalton’s Carter Pendley, a junior who has committed to Clemson, finished as the runner-up with a 140 total which included scores of 71 and 69.

Each team’s score in the boys tournament is based on the top four scores out of six players for each round.

In the girls event, a total of 16 teams along with several individual qualifiers competed over the two days.

Northview won the team championship with a 466 score that included scores of 239 and 227. Johns Creek, which won the state crown last spring, took second this time with a 468 score that left them two strokes behind the winning team. Last year’s champion shot 234 in both rounds.

Northview players also took the medalist honors. Christyn Carr shot 152 with scores of 78 and 74 while her teammate, Michelle Cao, fimished just a stroke back with a 153 score that included rounds of 80 and 73.

Rounding out the top five were Dalton (494), Valdosta (504) and Allatoona (533) which finished just two strokes in front of the Lady Terrors.

Glynn’s Taylor Palmer, who plays in the top spot in the lineup, had to withdraw during the second round due to injury. She shot an 86 in Monday’s first round.