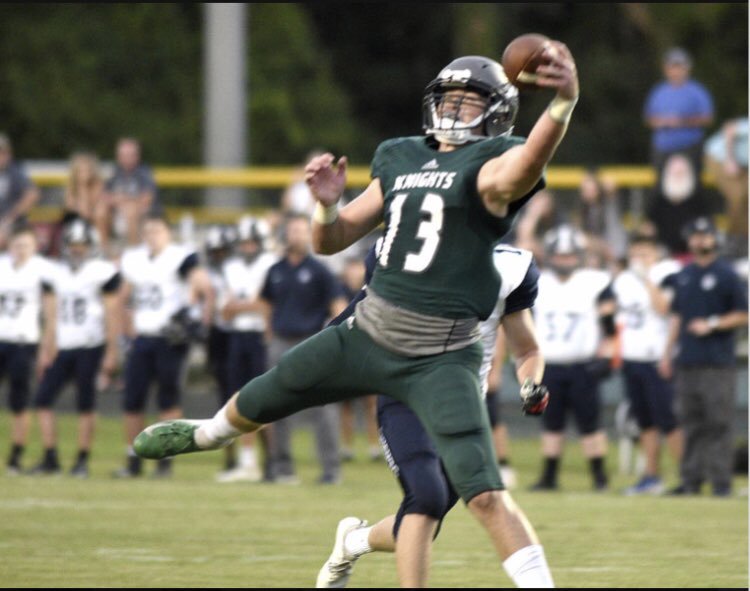 Harry Veal is a standout player for the Frederica Academy Knights.

Always a steady force as a starting linebacker for the Knights, Veal had a solid performance on the defensive side of the ball in Frederica’s 53-7 victory last Friday over Heritage in the Georgia Independent School Association Class 3A semifinals.

But the Frederica senior also made major contributions offensively for the Knights in the victory. Veal had four catches for 106 yards and also had three runs for eight yards and a touchdown.

For his strong performance, Veal has been named the Southeast Georgia High School Football Player of the Week.

“Harry has been playing really well the last three games. He’s playing like the Harry we know he is,” said Frederica head coach Brandon Derrick. “He’s a catalyst on the defense, and we knew he could be a good offensive player. He has good hands and good speed and can do that.”

Veal and the Knights will play for the state championship this Friday against John Milledge Academy at Mercer University in Macon.

Column: Looking at the GHSA football playoffs and the semifinal round
Column: Some football takes related to local players, teams
Posting....