A look at the top contenders with Georgia ties in this week’s U.S. Open 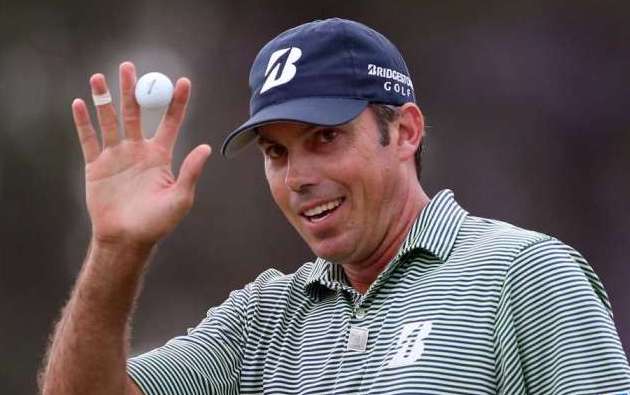 Several players with ties to the State of Georgia will tee it up this week in the U.S. Open at Shinnecock Hills.

The year’s second major in the professional golf season will test all aspects of the players’ games and only someone in control of his swing and golf ball will conquer the stern test that the United States Golf Association will throw at the field again this week to identify the 2018 national champion.

Today, AllOnGeorgia contributor Kevin Price goes inside the ropes to predict who with ties to the state might be the best candidates to emerge as the winner come Sunday in Southampton, N.Y.

The St. Simons Island resident and former U.S. Amateur champion has won seven times on the PGA Tour with his last victory coming at the 2014 RBC Heritage in Hilton Head, S.C.

Kuchar tied for 16th last year in the Open at Erin Hills. His best-ever tournament finish was a tie for sixth at Pebble Beach in 2010.

He is currently ranked 25th in the world.

He is five spots back of Kuchar in the world rankings, entering this week at No. 30.

Kisner finished second at the RSM Classic at Sea Island and The Players Championship in 2015. He won the RSM in 2016 for his first-ever PGA Tour victory and won his second event last year when he finished 12th in the FedEx Cup rankings.

This year, Kisner fell to another former UGA player, Bubba Watson, in the finals of the Match Play Championship.

Harman is a two-time winner on the PGA Tour. He won for the second time in May 2017 at the Wells Fargo Championship when he holed a 30-foot birdie putt on the 72nd hole to finish ahead of 2016 U.S. Open champion Dustin Johnson and Pat Perez.

Harman, a Savannah native, was a three-time All-American at Georgia.

He is currently No. 28 in the world rankings. Harman has eight top-10 finishes including a tie for third in 16 starts this season.

The win at Augusta gave Reed his first-ever major title. He edged fan favorite Rickie Fowler by a stroke on the leaderboard.

Reed is a six-time winner on the PGA Tour and is currently ranked 13th in the world. He has recorded two top-10s in four starts since winning at Augusta back in April.

He played at the University of Georgia before transferring to Augusta State where he helped the men’s golf team win two NCAA titles.

Mullinax tied for ninth last June at Erin Hills to automatically qualify for this year’s tournament at Shinnecock. He shot 69-68 on the weekend a year ago to finish in the top 10.

His lone professional win to date came on the Web.com Tour in 2016.

Mullinax was an All-American at Alabama, where he was teammates with current golf superstar Justin Thomas and helped the Crimson Tide to the 2014 national championship.

Mullinax currently leads the PGA Tour in driving distance (318.4 yards). He has three top-10s this spring including a tie for sixth last week at the FedEx St. Jude Classic in Memphis.

6. Bubba Watson – The former UGA golfer is a two-time Masters champion and has two wins this year. He can hit it a long way, but can he avoid the trouble that awaits at Shinnecock?

7. Zach Johnson – The St. Simons Island resident won the 2015 British Open to become a two-time major winner after also winning the 2007 Masters. He has 12 career PGA Tour wins but has not been in the winner’s circle since his Open triumph at St. Andrews. He tied for eighth at Oakmont two years ago.

8. Luke List – This will be the fourth U.S. Open for the former Ringgold golfer and his first since 2007. He is looking to make the cut for the first time. He is currently ranked 54th in the world and flirted with his first PGA Tour win in March when he lost in a playoff to Justin Thomas at the Honda Classic. List was the runner-up in the 2004 U.S. Amateur.

9. Russell Henley – The Macon native and former UGA great has three PGA Tour wins. His last came at the 2017 Shell Houston Open. He tied for 15th at Augusta this year and will be competing in his seventh U.S. Open this week. He tied for 16th at Pebble Beach in 2010 when he shared low-amateur honors.

10. Charles Howell – The Augusta native is playing in the U.S. Open for the first time since 2012. He qualified as one of the top 60 players in the world rankings as of the late May deadline. He is currently 59th in the rankings . He recently tied for ninth at the Byron Nelson. Howell has earned at least $1 million on the PGA Tour for 18 consecutive years, but only has two Tour wins. His best U.S. Open finish was a tie for 18th at Bethpage Black in 2002. His best major finish was a tie for 10th at the 2003 PGA Championship.

11. Robert Castro – The former Georgia Tech All-American has never won on the PGA Tour but has six professional wins. He has missed the cut in each of his previous four U.S. Open starts. He earned another Open shot this year by surviving sectional qualifying.

12. Ollie Schniederjans– The former No. 1-ranked amateur in the world and three-time All-American at Georgia Tech also advanced through sectional qualifying. He is making just his second U.S. Open start and his first as a pro. The 24-year-old tied for 42nd in his only other appearance at the 2015 tournament at Chambers Bay.