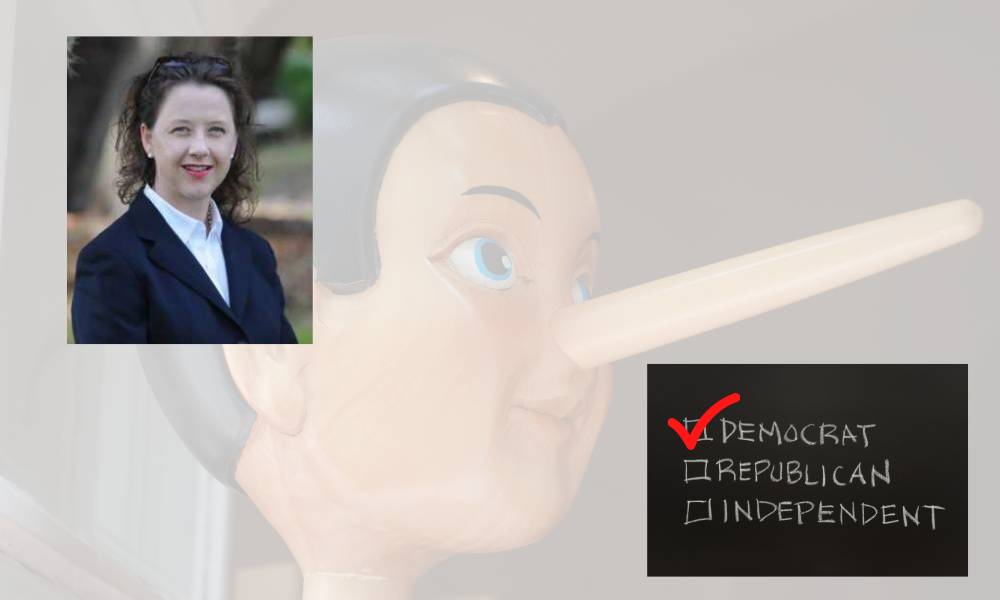 The revelation comes just one week after the Johnson reelection campaign slammed her opponent, Keith Higgins, who is running as an Independent. In his quest to unseat the decade-long incumbent, Higgins has worked to appeal to voters with varying political ideologies with a campaign platform of ‘Justice for All.’

But Johnson has largely proclaimed that she is a GOP supporter and Republican loyalist, having been appointed by former Governor Sonny Perdue, the first Republican governor for the peach state since Reconstruction. On her campaign website, she claims she is a ‘lifelong Republican’ and ‘a true conservative.’ 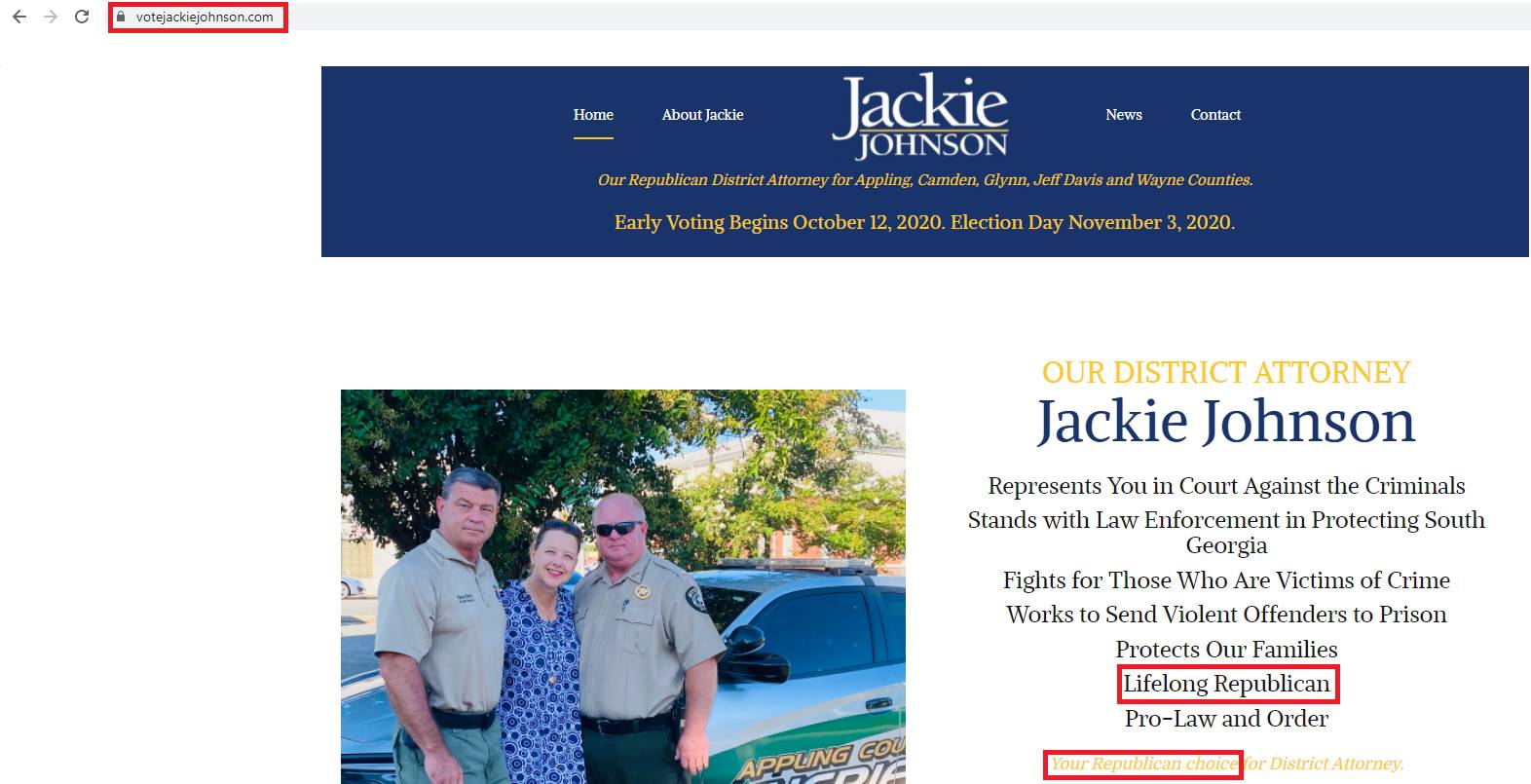 Last week, a mailer paid for by ‘The Committee to Elect Jackie Johnson’ professed that Higgins was a ‘liberal trial lawyer,’ warning of his dangerous ‘liberal Democrat agenda’ with which Higgins was pandering to voters. 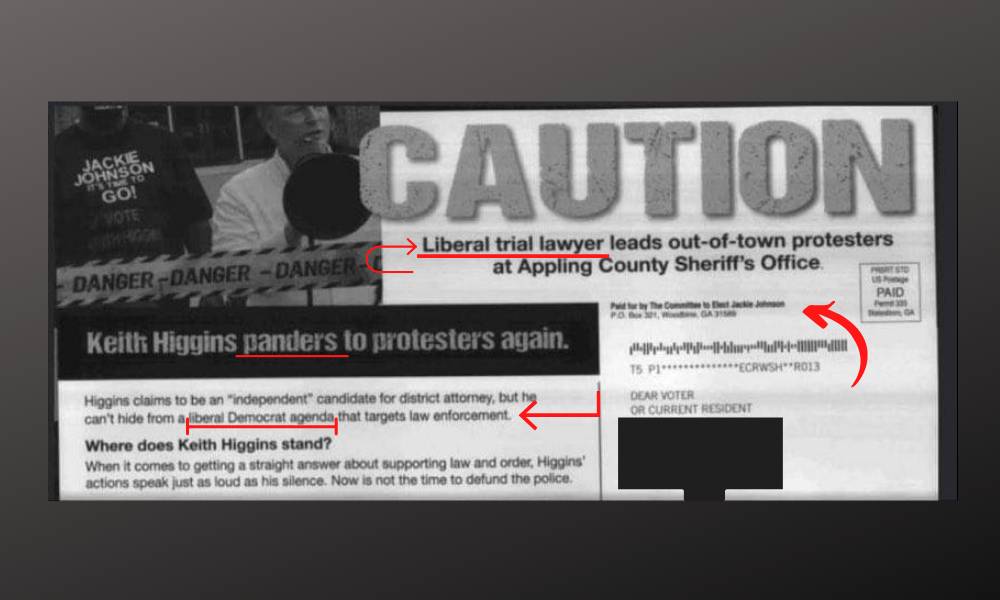 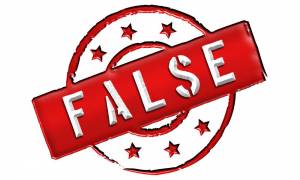 Her opponent, Keith Higgins, has selected only Republican ballots in the last 20 years. There are no records indicating that Higgins has ever voted Democrat.

Note: General election party votes are not public record. Georgia only maintains a record of which ballot a registered voter selects during the primary process. All voter data list is public record and available for review by any person or campaign committee.

AllOnGeorgia has determined that Johnson’s claim about Higgins on the most recent mailer is false. Additionally, Johnson’s claim on her campaign website that she is a ‘lifelong Republican’ is also false.

The race between Johnson and Higgins will be decided on November 3rd in Appling, Camden, Glynn, Jeff Davis, and Wayne counties.