Rodeo this weekend in Brunswick 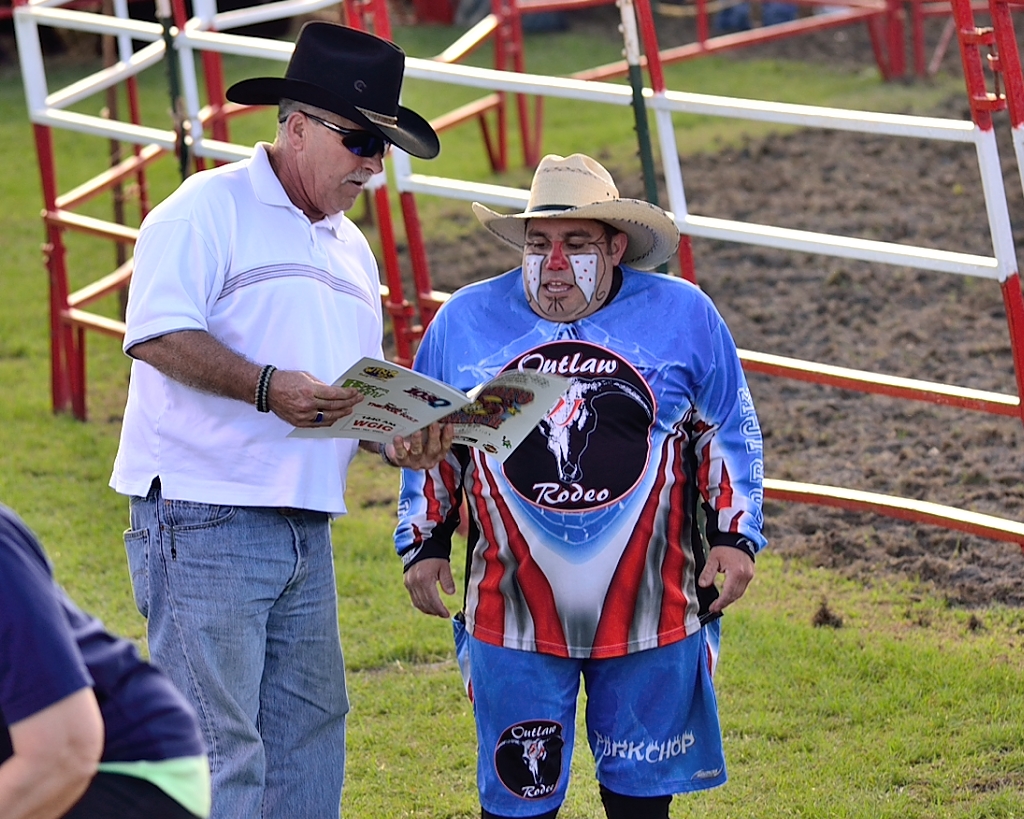 Brunswick, Ga. – The Easter Bunny will visit the Golden Isles on Sunday, but the also-popular Rodeo Clown will beat him into town this weekend.

He’ll be a crowd-favorite Friday and Saturday night when the Rodeo at the Beach grabs the local entertainment spotlight.

“Whether you are 5 or 105, there’s something for you to enjoy,” said Danny Hendrick of Hendrick Rodeo Company which partners with the Exchange Club to run the event. “It’s fast-paced. We don’t waste time. There is no dead time. It’s constant action.”

The rodeo will begin at 7:30 each night. Tickets are $15 both nights and children 5 and under are admitted free. Gates will open at 6 p.m. Friday and 4 p.m. on Saturday. Parking is free on both nights.

This year, the event has been expanded to include festivities prior to the rodeo competition. There will be live music starting at 6 both evenings. Saturday’s live concert will feature music by local country-music singer Justen Harden.

On Saturday, a car show will be a part of the evening for the first time. It is expected to draw 30 to 40 participants.

Other vendors, including food vendors, will have booths set up both nights. There also will be bounce houses for children, said Gary Wise, president of the local Exchange Club.

“Last year’s event was really successful,” he said. “We tripled the amount of money we made in the past. “This year, we wanted to have the rodeo paid for through sponsorships so that everything we made at the rodeo would go into the funds that go back into the community. The more we make, the more we can give back.”

The rodeo is a fundraiser for the Exchange Club which gives to several organizations in the community, many of which are geared toward helping children and youth.

Hedrick said bull riding is usually the most popular event among the fans.

“That’s kind of what everyone pays to see,” he said. “But really, the most exciting thing is the bucking horses. It’s just more action.”

The rodeo will also feature a calf scramble and gold rush for kids which lets them dig through hay to find treasure.

“It’s their chance to get on the arena floor and be a part of it,” Hendrick said. “We’re family entertainment. That’s what we really build ourselves on.”

It might be entertaining for the fans, but its a serious competition for the participants. The local rodeo is sanctioned by the International Professional Rodeo Association which is the second largest rodeo association in the world and the largest east of the Mississippi River.

The competitors’ results here will factor into the season points-race which determines who competes for the world championships next January. The top finishers will also earn cash payouts.

“People will be competing in every event for championship points,” Hendrick said.

“It’s pretty cool,” Wise added. “What these people do is really impressive.”

Hendrick said the arena will be set up to seat just over 2,000 fans.

“They will pretty much fill it up each night,” he said. “The Exchange Club does a good job with it.”