Protests in Camden County over the weekend – in both Kingsland and Woodbine – were well attended and largely peaceful, but different in their own way. 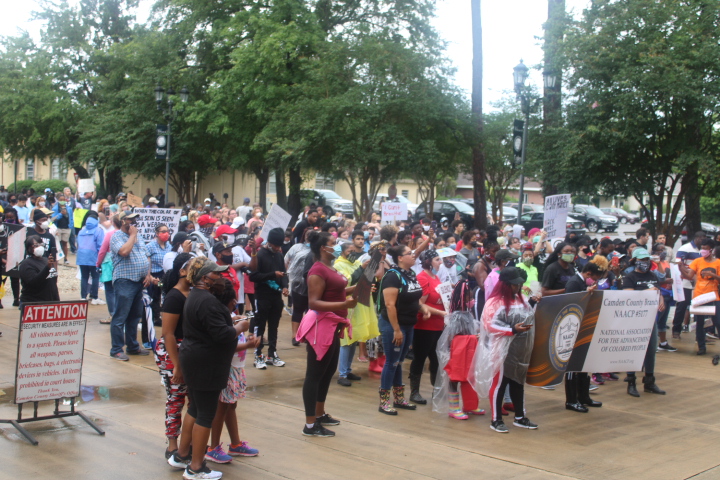 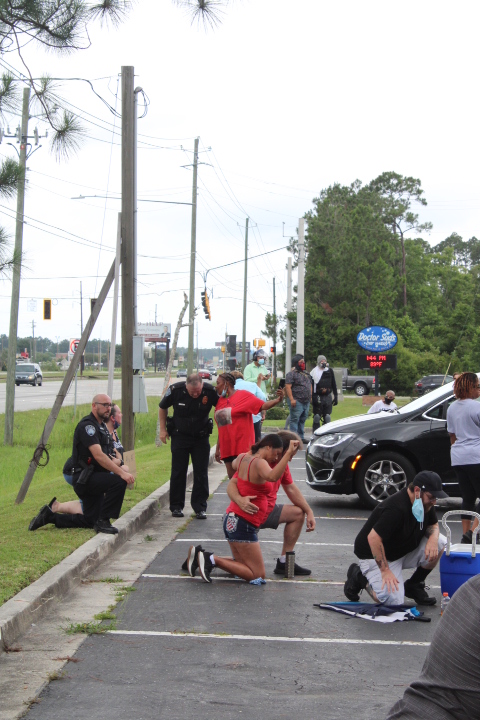 largely peaceful, but different in their own way.

Kingsland’s Saturday protest was organized in part by Lauren Passich, who spoke to an estimated 750 attendees from the sunroof of her vehicle.

Two pick-up trucks awaited the protesters return in the Lowe’s parking lot. Walkers in the protest were reminded “not to sink to the level” of any agitators as some drivers made derogatory remarks as they walked.

Sunday’s protest in Woodbine was different. Led by Reverend Mack DeVon Knight, approximately 500 people joined to walk for a second day in an organized protest by the NAACP Camden Chapter. 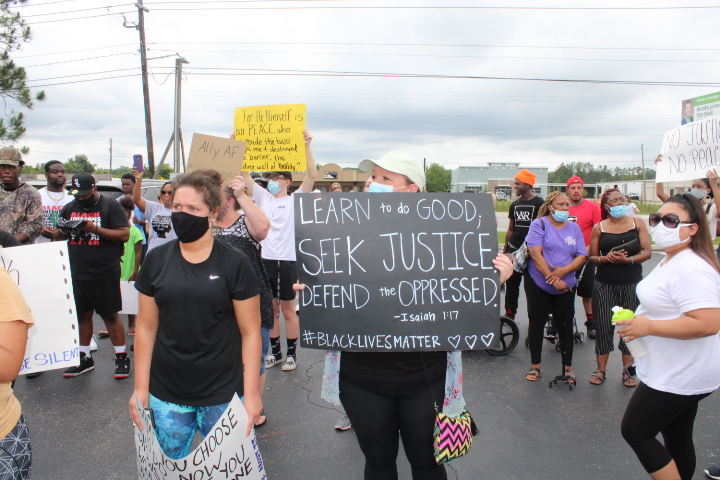 Patrick Betchik, who attended both days, remarked that the crowds were diversified in race, gender, and age.

The sister of Ahmaud Arbery, who was killed in Brunswick in February but made national headlines when a leaked video went viral, attended and well-known activist Peter Anderson sang “Remember the Days.”

Elected and appointed officials were present with the groups both days, with Kingsland Mayor Grayson Day and Woodbine Mayor Izzie Knight, who is a deputy sheriff for Camden County, joining the crowds to walk on Saturday and Sunday. 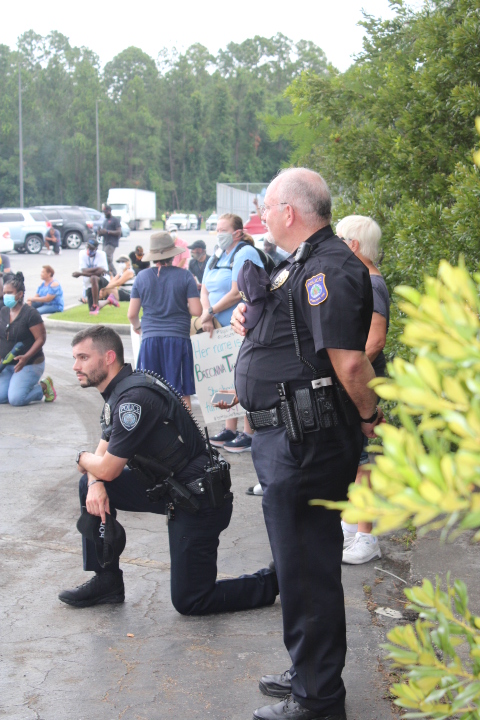 Kingsland Police Officer Gonzales takes a knee with the protesters.

Speaking on the national conversation of police brutality, Kingsland Police Chief Robert Jones told walkers that “Not all cops are like that,” referencing the now-former officers in Minneapolis. Sheriff Jim Proctor did not speak as long as Jones, but said “I am you and you are me” in these matters, reiterating that he works for the people.

A caravan is planned for June 19th in recognition of Juneteenth – a holiday which recognizes the 1865 reading of the Emancipation Proclamation and the end of slavery. The caravan will leave Waycross at 7:00 p.m., travel 82 West to I-75 North and then on to Atlanta.  Participants plan to call on Governor Brian Kemp to remove Johnson and Barnhill from office.