Paulding Co. District Attorney Dick Donovan may not be up for re-election this year, but there’s a chance his constituents will advocate for a vacancy anyway.
Audio files recently released confirm allegations of sexual harassment by an employee, in which Donovan assures her ‘everything still works,’ that he’s ‘not out of practice, and ‘would relish or cherish more than to make love’ to the employee. 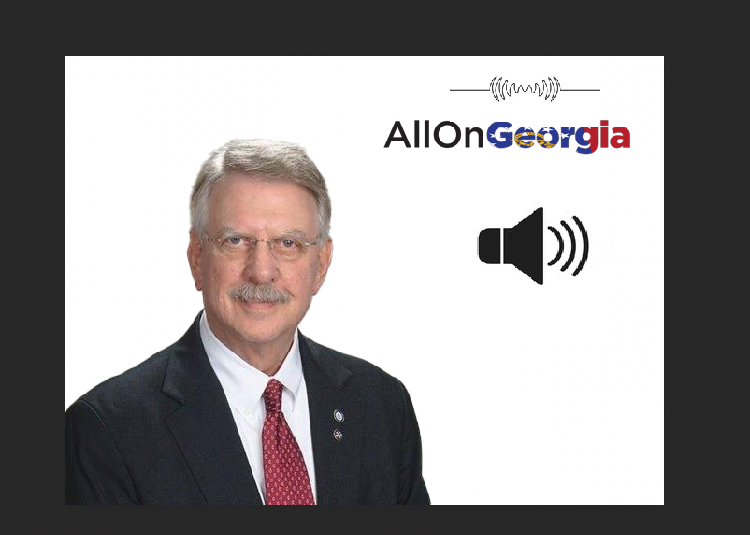 Paulding County District Attorney Dick Donovan may not be up for re-election this year, but there’s a chance his constituents will advocate for a challenge to the seat anyway.

73-year-old Donovan made headlines last year after an employee, identified in an AJC article after a federal lawsuit was filed as Jamie White, filed a complaint against him for sexual harassment. It prompted Donovan to use a court reporter to make a 93-page statement under oath, led to a pricey independent investigation, a still-open investigation by the GBI, and a complaint with the Georgia Commission on Equal Opportunity. It also put Paulding County taxpayers on the hook for a portion of the $300,000 settlement awarded following the lawsuit, which alleged the county did nothing to stop the harassment – even after she filed a complaint with Human Resources.

White alleged in her complaint that Donovan harassed her for more than a year despite her explaining to him that she was “uncomfortable with [his] advances” and only wanted a professional relationship. In her complaint, she wrote, “Eventually, I began to become very afraid of him and how uncomfortable I was around him.”

Donovan was quick to defend himself, sending his sworn affidavit to both the Prosecuting Attorneys Council of Georgia and the Paulding County government, but unbeknownst to Donovan, the complaint filed against him included audio files with secret recordings and a number of documents, which would later contradict a handful of Donovan’s statements made under oath.

Paulding County employed the services of Michael Walker of JARRARD & DAVIS, LLP, costing upwards of $43,000, for the purposes of conducting an independent investigation. The audio files and the accompanying investigative report, obtained under Georgia’s Open Records Act, include more than 180 pages of documents and upwards of four hours of audio files.

Note: The name of the complainant, a Paulding County District Attorney’s Office victim witness advocate, is absent from the report, however, the name was made public in the fall of 2019 when a federal lawsuit was filed. White is referred to as ‘complainant’ below.

The investigation concluded that “many of her allegations were indirectly supported in whole or in part by Donovan’s own statements provided in his May 22,2019 affidavit given under oath. Specifically, the investigation found that:

“…there is clear and credible evidence to support that Mr. Donovan engaged in a somewhat continuous course of conduct from October 2017 through March 2019 in which: he repeatedly expressed his love for Complainant and suggested she loved him as well or would “one day”; he gave her substantial gifts (e.g., jewelry and money for the benefit of herself and her family) and other favors of value (e.g., use of an official vehicle and helping arrange for the dismissal of a shoplifting charge against her); he sent her letters, cards, notes, text messages, and even placed an ad in the local newspaper for her which included only the words “one day”; he engaged her in hours-long conversations behind closed doors during the workday about personal matters, including his feelings for her; and he kissed her, shared with her a story he wrote about two people spending a night together in a hotel room, and told her he wanted to make love to her. He did much of this after Complainant told him in writing on December 5,2017 to stop and that she wanted their relationship to be professional only.”

The complainant alleged that she was constantly in fear of losing her job and felt she had to go along with his behavior. Donovan would get upset and ignore her for days or weeks at time if she did not respond the way he wanted.

After the complaint was filed in April 2019, Donovan changed the structure of the DA’s office so that the complainant reported to someone other than him. He did demand in writing that the complainant drop her complaint and told Paulding County officials that her character “may be considered questionable at best,” the report says while also suggesting that Donovan’s behavior “may rise to the level of retaliation” because of his efforts to discredit the complainant to her subordinates.

The investigative report noted a number of ‘disparities’ with Donovan’s affidavit and statements. Specifically, Donovan’s statements made in audio recordings by the complainant, his own affidavit, and a June 27, 2019 letter to Paulding County officials were ‘significantly’ inconsistent.

“I will note, however, that Mr. Donovan’s initial position during our interview changed somewhat after I informed him that Complainant had recorded some of their conversations. Whereas he initially indicated his “love” for Complainant was friendly in nature and little different than what he feels for many others, including others in his office; after he learned about the recorded conversations, he was willing to acknowledge his feelings for Complainant were more serious,” the report reads.

But during a March 16, 2018 conversation with the complainant, which she recorded, Donovan said, “I am in perfectly good health. Everything still works. I don’t mind telling you everything still works, and I am not out of practice. I can’t think of any experience I would relish or cherish more than to make love to you…”

Listen to a few audio clips:

Additionally, Donovan initially denied a ‘32,000 word document’ which details fantasies and other ideas about the complainant which she said Donovan referenced a number of times during closed-door meetings in his office, but during his interview with the investigator, Donovan twice acknowledged the document.

You can read the full 180-page report (complete with Donovan’s affidavit) here.

While Donovan did not sign the affidavit, during his interview he confirmed he gave the affidavit under oath, that he read it, and that it is the truth to the best of his recollection.

Making false statements under oath is a misdemeanor offense in Georgia (OCGA 16-10-20), but doing so in an official capacity as a public officer can elicit an additional charge of felony ‘Violation of Oath by a Public Officer’ charge (OCGA 16-10-1). When Donovan submitted his sworn statement to the Paulding County government and the Prosecuting Attorneys Council of Georgia, which is state funded, he entered the territory of false statements in which one “makes or uses any false writing or document, knowing the same to contain any false, fictitious, or fraudulent statement or entry, in any matter within the jurisdiction of any department or agency of state government or of the government of any county, city, or other political subdivision of this state.”

Because Donovan is a constitutional officer, he can only be removed from office after impeachment by the Georgia legislature or after removal by the Governor. If Donovan completes his term in office, he will be entitled to retirement and other benefits based on his employment in the district attorney’s office where his salary is $126,072.

Please note: Several hours of audio files were obtained under the Open Records Act. AllOnGeorgia clipped the mentioned statements for the purposes of this article, but in the interest of transparency and context, the full audio files are available below in an unedited format.