The Ringgold Jefferson’s plans to hire 40 employees, including both full- and part-time workers. 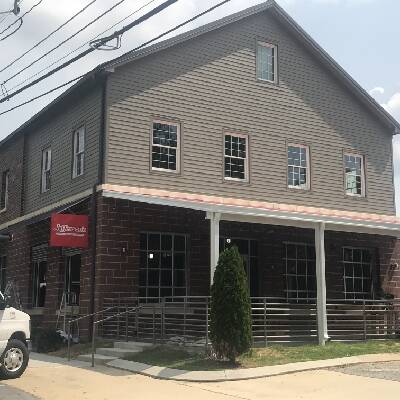 A Jefferson’s restaurant is set to open in downtown Ringgold, Georgia, the week of Aug. 27.

This is the second Jefferson’s franchise opened by Summerville, Georgia, resident Todd Kingsolver and his business partner, whose first Jefferson’s opened in Summerville in November 2019.

We were looking at other surrounding cities that we thought were a good fit,” Kingsolver said, as to why they chose Ringgold for their new location. “We were looking for smaller towns that we could get involved in; that’s important to us.”

Kingsolver said the sports-themed family restaurant specializing in wings, burgers and oysters is something needed in downtown Ringgold, where it will be the first business to open in the new building at 86 Tennessee St.

We’re a big proponent of giving back to the community, and we have value-priced meals where a family of four can go out and eat in the $30-$40 price range,” Kingsolver said. “So it’s a good value and we support the community — it’s kind of a win-win.”

The restaurant seats 200 people, including outdoor patio seating and a private dining room that can be reserved for events.

The Ringgold Jefferson’s plans to hire 40 employees, including both full- and part-time workers.

Jefferson’s is hiring cooks, servers and bartenders during job fairs from 5:30-7:30 p.m., on both Tuesday, Aug. 10 and Tuesday, Aug. 17. Interested persons also may email their resumes to jeffersonsringgold@gmail.com or fill out an application for the Ringgold location at jeffersons.com.

The original Jefferson’s opened in Jacksonville, Alabama, in 1991, and the franchise Ringgold restaurant will be one of 31 locations now operating in six states