No smoke detectors were located in the home following the investigation. 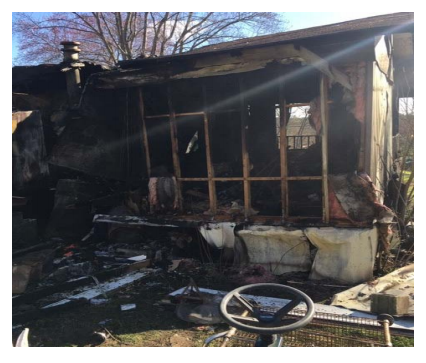 A Walker County fire that claimed one life has been ruled an accident.

The Georgia Insurance Commissioner’s Office made the announcement last week, saying a March 5 fire discovered around 11:30 P.M. in the City of LaFayette was not set intentionally.

The LaFayette Fire Department responded to a residential fire off of Fortune Street in LaFayette, Georgia, but when emergency personnel made their way inside the home, they discovered the body of John Wiley, 23, in one of the bedrooms.

“It has been determined that the fire originated in the immediate area of the refrigerator and water heater. The 32-year-old, 900 square foot home was completely destroyed by the blaze,” said Insurance and Safety Fire Commissioner John F. King. “The cause of this unfortunate fire has been ruled accidental. No smoke detectors were located in the home following the investigation.”

Wiley is the twenty-fourth victim to perish in a Georgia fire in 2020. No working smoke detectors were found in nineteen of the twenty-two fatal fires so far this year.