This comes after a two-week jury trial on 102 counts related to illegally prescribing and obtaining more than 15,000 doses of prescription pain medications outside the usual course of professional practice and for no legitimate medical purpose. 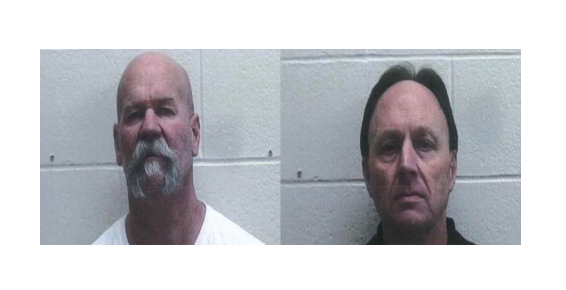 John Michael “Mike” Gowder, James Heaton, and George David Gowder have been sentenced to federal prison.  Both Mike Gowder and Heaton were convicted on October 24, 2019, after a two-week jury trial on 102 counts related to illegally prescribing and obtaining more than 15,000 doses of prescription pain medications outside the usual course of professional practice and for no legitimate medical purpose.  In addition, Heaton was convicted of 27 counts of issuing illegitimate prescriptions to two female patients.  David Gowder pleaded guilty on March 15, 2019, to illegally dispensing opiates outside the scope of professional practice and without a legitimate medical purpose.

“The abuse of prescription drugs and its related criminal activity is a danger in many of our communities – one we have made a central focus of our office,” said U.S. Attorney Byung J. “BJay” Pak.  “Jurors in this case sent a clear message that the illicit prescribing and obtaining of controlled substances will not be tolerated.”

Robert J. Murphy, the Special Agent in Charge of the DEA’s Atlanta Field Division stated, “In this case, the dispensing of addictive prescription pain medication under the guise of a licensed medical professional’s care is not about the good of the community or an individual’s specific health needs; it is about the greed of those involved in illegal prescribing practices.” DEA and its law enforcement partners will continue to expend its time, energy and resources in an effort to stem the tide against the growing opioid epidemic. The spirited level of law enforcement cooperation and the prosecution by the U.S. Attorney’s Office made this investigation a success.”

“The Cherokee County Sheriff’s Office (NC) would like to thank all the partners involved with the investigation and prosecution of this case.  It is great to know that a good working relationship among law enforcement agencies keeps drug users and dealers from hiding across state lines to conduct their illegal activities,” said Derrick Palmer, Sheriff, Cherokee County, North Carolina.

“An excellent job was done by all, from the local level, to the state level and at the federal level.  The public places a great deal of trust in medical professionals and in order to combat the opioid crisis drug dealers in white coats must be weeded out as well,” said Dennis M. Troughton Sr., Director, Georgia Drugs and Narcotics Agency.

According to U.S. Attorney Pak, the charges and other information presented in court: From 2011 to 2015, Mike Gowder served as the Chief Operating Officer and later Chief Executive Officer of Union General Hospital (“the Hospital”) in Blairsville, Georgia. Dr. James Heaton operated a family practice clinic in Blairsville and worked as the Medical Director of the Nursing Home of the Hospital.  Dr. David Gowder was the Emergency Room Director of the hospital and a member of the Hospital’s Board of Directors (until April 2015).

On April 11, 2015, Dr. David Gowder was arrested by the Union County Sheriff’s Office after presenting to two local pharmacies three forged oxycodone prescriptions purportedly issued by a hospital colleague.  He admitted that he had become addicted to oxycodone.  Investigators later learned that, since mid-2011, David Gowder had been routinely writing or “calling in” to local pharmacies high quantity, high-dose opiate prescriptions in the names of family members and fictitious patients (including alleged missionaries).  Investigators also learned that many of the prescriptions were filled by hospital employees at the instruction of David Gowder. He also stole pills from some of his patients at the hospital and elsewhere.

During this same time, investigators also learned that Dr. James Heaton had illegally prescribed increasing quantities of hydrocodone and oxycodone to Mike Gowder between 2012 and 2015, knowing that those prescriptions were issued outside the usual course of professional practice and that the pills obtained with the prescriptions had no legitimate medical purpose. Heaton violated numerous standards of medical practice by prescribing the pills to Mike Gowder, without adequately documenting the medical need for the prescriptions in his patient file and without monitoring patient abuse of the pills he obtained.  During the three-and-half years in which Heaton prescribed more than 15,000 hydrocodone and oxycodone pills to Mike Gowder, Heaton recorded only six of the prescriptions in his patient file for Mike Gowder.

Investigators also learned that Heaton issued prescriptions for hydrocodone, oxycodone, and methadone to two female patients outside the usual course of professional practice and without a legitimate medical purpose, including by ignoring obvious signs that the two women were abusing the medications and/or had become addicted. Oxycodone, hydrocodone, and methadone are powerful pain medications that are listed as controlled substances under federal law because each has a high potential for psychological and physical abuse and dependence. Oxycodone, which may be combined with acetaminophen, is sold generically under brand names including Percocet, Endocet, Oxycontin, and Roxicodone. Hydrocodone is sold generically or under brand names including Lortab, Vicodin, and Norco. Methadone is an opioid pain medication that is also used in opioid dependence therapy

The defendants in this case have been sentenced as follows:

This case was brought as part of Operation SCOPE, Strategically Combatting Opioids through Prosecution and Enforcement.  SCOPE is our initiative combining our efforts (criminal, civil, and educational) with those of our law enforcement partners to create one unified front in the battle against the opioid/heroin epidemic.  One important aspect of Operation SCOPE is to prosecute those who are illegally prescribing, or distributing, painkillers.