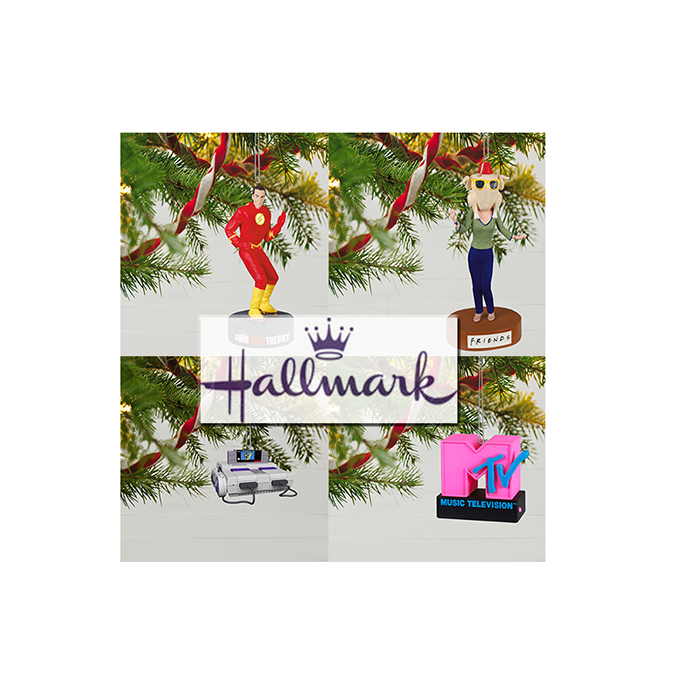 In an exciting kickoff to the upcoming holiday season, Hallmark invites fans and collectors to get a first look at more than 250 new Hallmark Keepsake Ornaments that will make their debut during the annual Keepsake Ornament Premiere beginning July 10, 2021, at Hallmark Gold Crown stores nationwide and online at Hallmark.com. The annual event gives consumers a chance to celebrate the magic of Christmas in July through carefully crafted Keepsakes Ornaments from the all-new 2021 line.

“Last holiday season was different than many of us could have expected, so this year we have a lot to look forward to. Ornament Premiere is a great way to start spreading holiday cheer with loved ones and commemorating special memories from this year – because it’s never too early to start getting in the holiday spirit,” said Nicole Reid, vice president – ornament and gift. “We are honored to be part of special holiday traditions amongst friends and families and feel these exclusive ornaments will create even more cherished memories.”

The entire 2021 Hallmark Keepsake Ornament line includes nearly 500 ornaments to help bring people closer together to celebrate the season, capture memories and turn the Christmas tree into a beloved holiday experience the whole family will enjoy.

Some highlights of the new Keepsake Ornaments making a debut at the Ornament Premiere include:

The Big Bang Theory™ Sheldon Cooper™ as The Flash™ Ornament With Sound – Relive the hilarious scenes as the gang dresses up like the Justice League for a New Year’s Eve costume party with this Christmas tree ornament. Press the button to play some of Sheldon’s iconic phrases from that unforgettable episode of The Big Bang Theory. 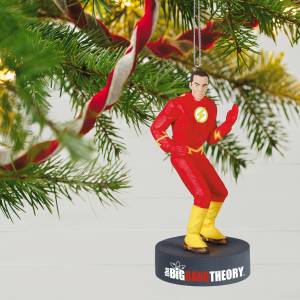 Friends The One With All The Thanksgivings Ornament With Sound – Reminisce about one of the most hilarious moments from Friends when you display this Christmas tree ornament. In an effort to cheer up Chandler, Monica wears a turkey on her head—complete with a fez and sunglasses. When you press the button to play the audio clip from the show, you’re sure to proclaim your love… just as Chandler did on that fateful Thanksgiving Day. 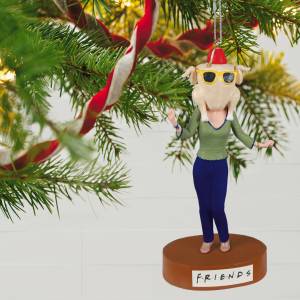 Super Nintendo Entertainment System™ Console Ornament with Light and Sound – Recall hours spent sitting in your bean bag chair parked in front of the television, video game controller in hand. Nothing mattered except defeating Bowser and ultimately completing the entire “Super Mario World™” game. This ornament lights up and plays the familiar music and sounds of the iconic video game. 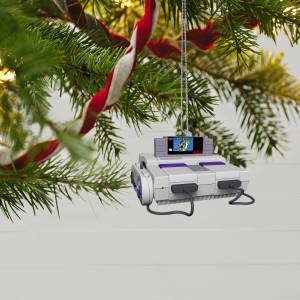 I Want My MTV! Ornament– Head bang and strum your air guitar as you hang this Christmas tree ornament. The classic MTV logo design stirs memories of music videos chronicled by VJs for our personal viewing pleasure. Fans will be amped to celebrate the 40th anniversary of the MTV Brand when they press the button to see it light up and play music from the original theme song. 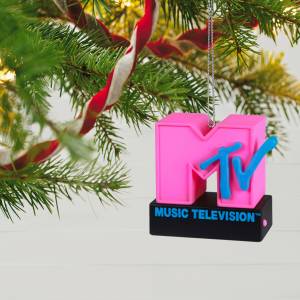 Stocking Stuffers Series – Be sure your stockings are hung with care with this new series of Christmas tree ornaments featuring festively-stuffed stockings, each designed by a different Keepsake Studio Artist. As the first ornament in the Stocking Stuffer series, Nina Aubé shares a cute vision of holiday harmony with her striped snowflake stocking that hosts family pets, including a puppy, kitten, hamster, bunny rabbit and a cockatiel perched atop a candy cane. 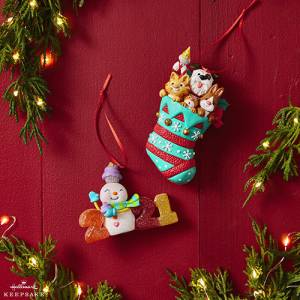 Plus, shop Hallmark’s wide array of classic Christmas characters. From Santa Claus and the North Pole, to snowmen, elves, nutcrackers and more, Hallmark Keepsake Ornaments has the perfect ornaments to make your tree full of holiday cheer and special memories.

For more information about Keepsake Ornaments, or to locate a Hallmark Gold Crown store, visit Hallmark.com.

When the first line was introduced, they were unique in design, year-dated and available only for a limited time — innovations in the world of ornaments. Since 1973, Hallmark has introduced more than 8,400 different Keepsakes Ornaments and more than 100 ornament series, annual releases of ornaments that share a specific theme.

Today’s Keepsake Ornaments reflect the way styles, materials, formats and technology have expanded since they first appeared in Hallmark stores. Once a collection of decorated glass balls and yarn figures, Keepsake Ornaments are now made in a wide array of wood, glass, metal, porcelain and handcrafted formats. Technology has also been incorporated into the world of Keepsake Ornaments through light, sound and motion. The one thing that hasn’t changed, however, is the superior craftsmanship and high quality that ensures Keepsake Ornaments will become family heirlooms and cherished collectibles.