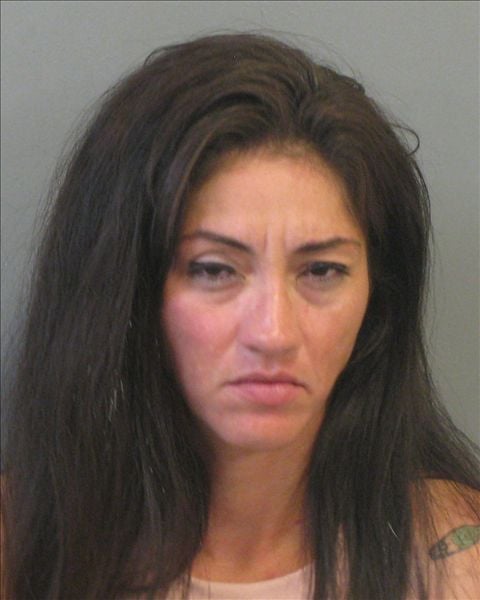 A Catoosa County jury recently convicted Belinda Lopez of Dalton for the murder of her husband after a four-day trial before Chief Judge Kristina Cook Graham.

Lopez, 43, was convicted of one count of malice murder, one count of felony murder, two counts of aggravated assault and one count of possession of a firearm during the commission of a felony after less than three hours of deliberations by the jury.

During the early morning hours of March 1, 2020, Belinda Lopez, her husband Noel and Angelica Juarez, a friend of Lopez, were traveling to their home in Dalton after leaving a nightclub in Chattanooga. While on I-75 in Catoosa County an argument between the couple began, sending Lopez into a violent rage where she attacked her husband by scratching his face and upper body, striking him above the right eye with the gun and eventually firing a single shot that went through Noel’s skull and exited the vehicle. The vehicle came to rest in the middle lane of I-75 just south of exit 345 in Ringgold. At approximately 2:55 a.m. Belinda Lopez called 911, and the interstate was shut down for several hours while investigators with the Catoosa County Sheriff’s Office investigated the scene.

Evidence presented at trial showed that after killing her husband, Lopez put the gun in the vehicle’s center console and attempted to move the victim’s body in a failed attempt to flee the scene. As established by nearby security cameras, these actions resulted in a delay of over three minutes from the time Noel was shot until the time Lopez called 911. During three different interviews, Lopez gave contradictory and inconsistent statements to investigators about what occurred that evening. Evidence was also presented showing that Lopez had a long history of domestic assault against her husband. This included Lopez’s own recorded statements where she admitted that she would frequently leave visible scratches on Noel’s face, that he often went to work with scratches all over his face, and the testimony of a Georgia State Patrol trooper who encountered the couple a year prior in an eerily similar situation on the side of I-75 where the trooper noticed Noel had fresh and healing injuries to his face and Lopez had none.

The case was presented to the jury by Assistant District Attorney David Wolfe and Chief Assistant District Attorney Kevin Baugh with the assistance of Victim Advocate Ashely Nicholson, who spent countless hours communicating with Noel’s large family and other witnesses in the case. Lead investigator Detective Tim Busby along with Detective Daniel Thacker and Detective Chris Lyons and other members of the Catoosa County Sheriff’s Office gathered over 150 pieces of evidence and conducted multiple hours of interviews.

“What you see in court is the result of hundreds of hours of investigation and preparation,” Arnt said. “The sheriff’s department conducted a detailed and thorough investigation into this case. Our team worked hard to prepare and present a compelling case to the jury that enabled them to see through the defendant’s web of lies and find the truth. We are pleased with the verdict and that Noel and his family have received justice in this case and his murderer has been held accountable for her heinous actions.”

A representative for Noel Lopez’s extensive family and friends stated:

“On March 1, 2020, our family received the worst news any family could ever receive. Our loved one Noel was no longer with us. That day our lives completely changed and we have been in a state of grief ever since.

“We lost our brother, son, uncle and friend. Noel was full of life and did not deserve to go in such an abrupt and heinous way. Noel was a young man who radiated a desire to live, to improve day by day but without missing the opportunity to offer help to whoever asked for it.

“We believe that the judicial result obtained last week brings the justice that Noel deserved while offering some closure to all those who loved him and have suffered his loss.

“For that reason, we would like to take this opportunity to acknowledge the efforts of all those who have contributed to achieving this sentence. First of all, we would like to thank attorneys David Wolfe, Kevin Baugh, Chris Arnt and their entire team for their hard work towards fighting for Noel in court and for the constant communication and kindness shared with us throughout the process. Secondly, we would also like to thank Detective Tim Busby, the Catoosa County Sheriff’s Office and GBI for diligently collecting the evidence and piecing the case together. and lastly, the jury for all the hours spent reviewing the evidence and declaring her guilty on all five counts.

“Our family will continue to mourn Noel’s loss but hold the beautiful memories created with him close to our hearts. His life will forever live in our memories.”