The $150 million investment is part of company’s overall efforts to drive a safe and strong economic recovery. 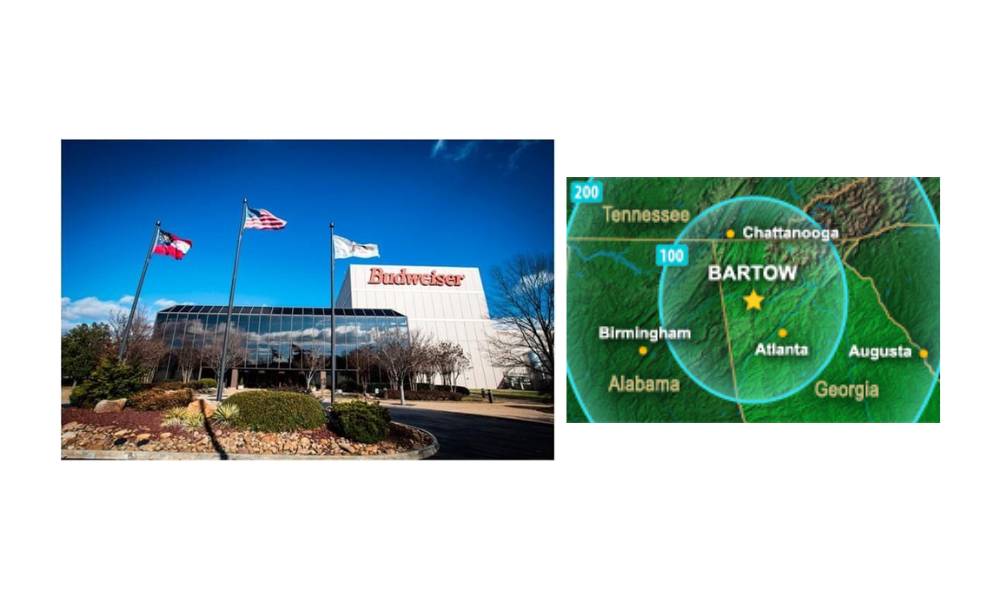 Anheuser-Busch today announced that as part of its commitment to supporting the safe and strong recovery of the U.S. economy, it is increasing its investment in its Cartersville brewery from $85 million to $150 million. The investment, which was originally announced in January, will support new brewing capabilities, the creation of a new can line, and will generate new efficiencies in the brewing process as the company continues to lead in meeting evolving consumer demand. The expansion of the brewery reaffirms the brewer’s commitment to local jobs during a time of economic uncertainty caused by the novel coronavirus pandemic.

“For over twenty-seven years, Anheuser-Busch has been a positive presence in our city, and a committed partner in providing quality jobs and making our community a better place. This expansion is just the latest example of that,” said Cartersville Mayor Matt Santini. “We are thankful for their investment in this project which ensures the continuation of a fruitful and mutually beneficial relationship between Anheuser-Busch and Cartersville.”

“Anheuser-Busch is a great example of positive corporate citizenship, and we appreciate their long-term commitment to northwest Georgia. The company’s continued investment in their Cartersville advanced manufacturing operations is a testament to the skilled workforce, competitive business climate and community support that enables our existing industries to grow and continue to be successful in Georgia,” said Georgia Department of Economic Development Commissioner Pat Wilson. “We congratulate our economic development partners in Cartersville and Bartow County and Anheuser-Busch on this expansion.”

“Thank you to Anheuser-Busch for their commitment to our community. Their investment in our economy – especially in a time of crisis – is a sign of their leadership and dedication to Cartersville,” said Georgia State Representative Mitchell Scoggins (R-Cartersville). “We are proud to have them in our community.”

Additional investments in its more than 100 facilities across the U.S. are just one part of the brewer’s commitment to supporting the economic recovery. Anheuser-Busch also donated over $2 million in partnership with the U.S. Bartenders Guild, the James Beard Foundation and others to support out-of-work bar and restaurant workers. The brewer also joined the National Restaurant Association’s Restaurant Revival Campaign as the exclusive beer partner to support safe and successful re-openings across the country, and through Stella Artois, committed $2.25 million to the ServSafe Dining Commitment.

“As a leading employer we have been using our unique capabilities, reach and relationships to support our communities and our country throughout this crisis,” said Cesar Vargas, Anheuser-Busch Chief External Affairs Officer. “That includes continuing to invest in and expand our manufacturing facilities and create jobs across the U.S.”

“We are deeply committed to the Cartersville community, and we are pleased to move forward with our plans to expand our brewery and create new brewing capabilities,” said Kevin Fahrenkrog, senior general manager of the Anheuser-Busch Cartersville Brewery. “In this time of uncertainty, we’re proud to invest in local manufacturing jobs and strengthen the U.S. beer industry.”
The Cartersville brewery employs more than 500 people and contributes more than $400 million annually to Georgia’s economy. Opened in 1993, the Cartersville brewery brews more than 20 Anheuser-Busch beer brands and is the original producer of emergency drinking water for the company’s disaster relief program — with the brewery team starring in Budweiser’s 2018 Super Bowl Commercial highlighting the program. Cartersville was also the first Anheuser-Busch brewery to be certified organic by USDA in order to brew and package Michelob ULTRA Pure Gold.

# # #
ABOUT ANHEUSER-BUSCH
For more than 165 years, Anheuser-Busch has carried on a legacy of brewing great-tasting, high-quality beers that have satisfied beer drinkers for generations. Today, we own and operate 23 breweries, 14 distributorships and 23 agricultural and packaging facilities, and have more than 18,000 colleagues across the United States. We are home to several of America’s most recognizable beer brands, including Budweiser, Bud Light, Michelob ULTRA and Stella Artois, as well as a number of regional brands that provide beer drinkers with a choice of the best-tasting craft beers in the industry. From responsible drinking programs and emergency drinking water donations to industry-leading sustainability efforts, we are guided by our unwavering commitment to supporting the communities we call home. For more information, visit www.anheuser-busch.com or follow Anheuser-Busch on LinkedIn, Twitter, Facebook and Instagram.