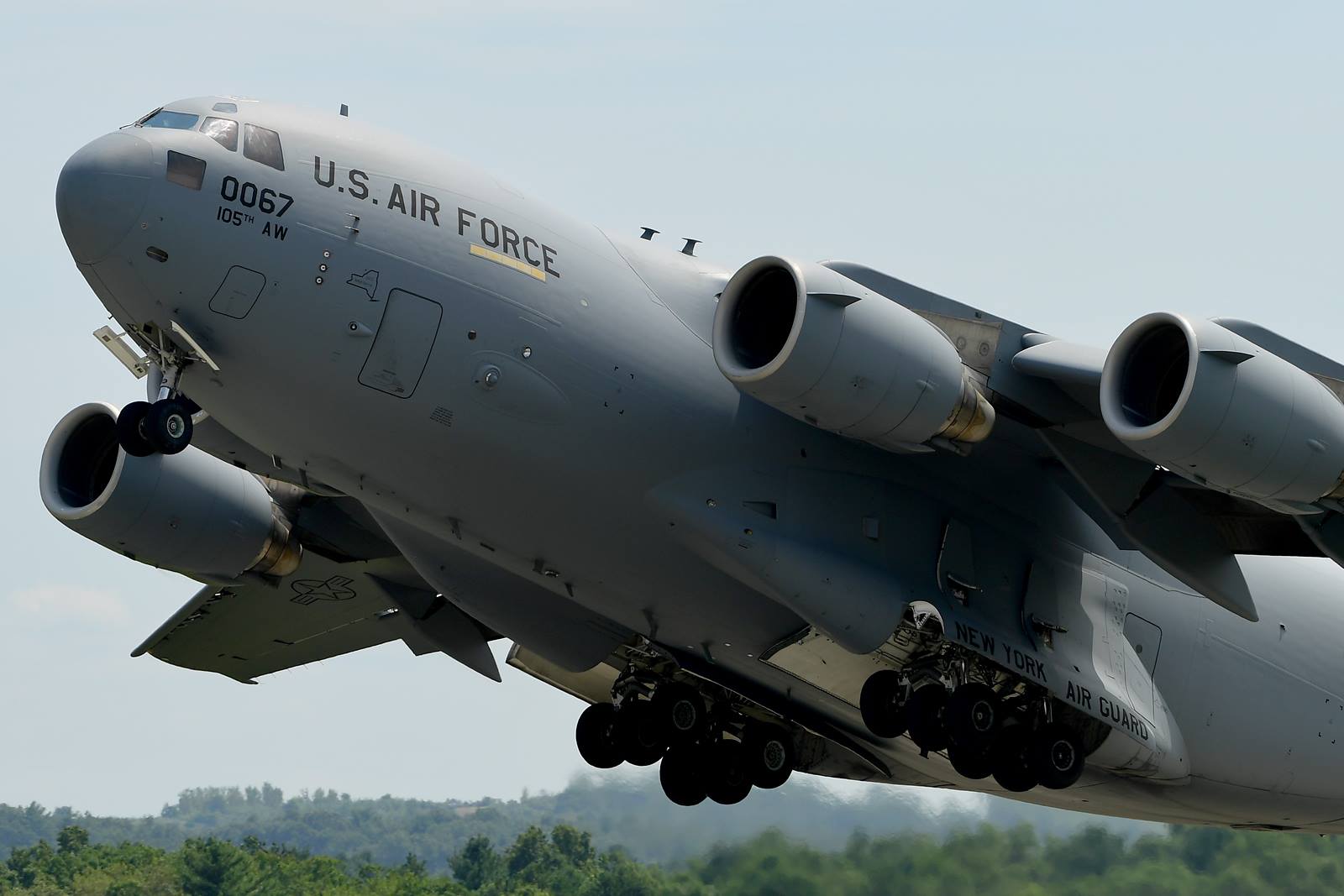 The U.S. Air Force F-16 Viper and C-17 Globemaster II Demonstration teams have officially joined the lineup of world-class performers for the 2020 Wings Over North Georgia Drive-In Air Show.  The air show will take place at the Russell Regional Airport in Rome, GA on Oct 24-25.

“Our 2020 air show will feature more military demonstration teams than we’ve ever hosted during a single event,” said air show organizer and JLC AirShow Management President John Cowman. “To address current safety concerns and the need for social distancing, we’re using a drive-in format for this year’s air show. The tri-state area has responded powerfully to the revised format and we’ve already sold out of Saturday and Sunday front-row parking tickets.  This year’s show promises to be our best event to date.”

The F-16 Fighting Falcon, affectionately called the “Viper” by many of its pilots, is a fourth-generation fighter with incredible capabilities. The aircraft is a single-seat, multi-mission fighter with the ability to switch from an air-to-ground to air-to-air role at the touch of a button.  Powered by a General Electric engine generating more than 31,000 pounds of thrust, the “Viper” can reach speeds in excess of twice the speed of sound. Major Garret “Toro” Schmitz serves as the F-16 Viper Demo Team commander and pilot. The team is based at Shaw Air Force Base in Sumter, S.C.

Immediately following the high-speed, Viper fast-turning aerial demonstration, a P-51D Mustang and an A-10 Thunderbolt II will join Maj. Schmitz for the U.S. Air Force Heritage Flight.  The demo showcases the evolution of the U.S. Air Force air power by flying today’s state-of-the art fighter aircraft in close formation with vintage fighter planes.  The Mustang was first introduced in Western Europe during World War II.  The aircraft often served as an escort for heavy bombers during missions over Axis territories.  The addition of the Mustang to the U.S. fighting fleet was instrumental in turning the tide of the war effort in favor of the Allied Forces.  During the 2020 air show in northwest Georgia, Philadelphia, PA resident and founding member of the Air Force Heritage Flight Program Jim Beasley, Jr. will pilot the Mustang.

The C-17 Globemaster II West Coast Demo Team, piloted by MA Nick Cobilo, is part of the 62nd Airlift Wing and is based at Joint Base Lewis-McChord, WA.  As the newest and most flexible cargo aircraft to enter the airlift force, the Globemaster was designed to rapidly and strategically deliver troops and cargo to bases in deployment areas.  The C-17 helps sustain combat forces near potential battle areas as well as assisting with humanitarian and peacekeeping missions.

Measuring 174 feet long with a wingspan of 169 feet, the Globemaster is powered by four fully reversible, FAA-certified Pratt & Whitney F117-PW-100 engines.  With 40,400 pounds of thrust per engine, the maximum payload capacity of the C-17 is 169,000 pounds with a gross maximum takeoff weight of 585,000 pounds.  The aircraft can travel for 2,400 nautical miles before requiring fuel and has a cruise speed of 450 knots.  Because of the design of the cargo plane, the Globemaster can take off and land on runways as short as 3,500 feet.  The air show demonstration provides spectators with a rare chance to witness the amazing maneuverability of this expansive, flexible, and powerful aircraft.

Tickets for the Drive-In Air Show are ADVANCE PURCHASE only and will not be sold on show days.  Those interested in attending the event should purchase early before tickets are sold out.

Airport parking lots will open at 10 a.m. on Saturday and Sunday.  There will be pre-show aerial demonstrations for those arriving early. Opening ceremonies will kick-off each day around 12:30 p.m.  For information on drive-in parking tickets, event FAQs, and a complete list of performers, follow the air show’s Facebook page or visit the Wings Over North Georgia website at  https://www.WingsOverNorthGeorgia.com.