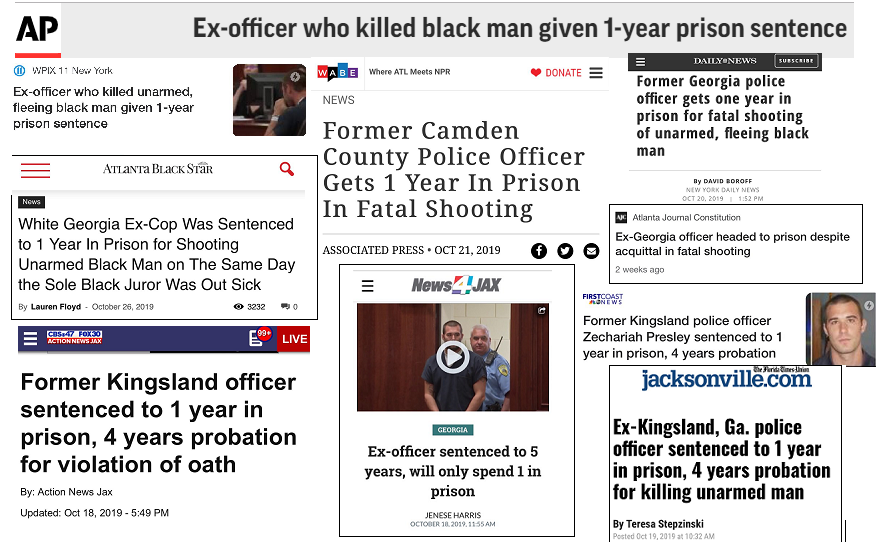 At the sentencing hearing, the State presented three people to read victim impact statements – Sonya Walker (a cousin), Teresa Clark (an aunt), and Andrea Baker (a friend), while also submitting five statements from friends and family that ADA Rocky Bridges said couldn’t bring themselves to read their statement before the court.

Presley’s attorney offered witness testimony from Julie Linkous (a family friend), a McIntosh County Sheriff’s deputy who was also Presley’s FTO in Kingsland, and Rosie Presley, Zechariah Presley’s wife. Another 12 witness and character statements were offered in support of Presley, all of which pleaded with the court to spare Presley of prison time.

ADA Rocky Bridges asked Judge Scarlett to consider how the event has impacted the community, including physically. Bridges stated that Presley has a life after his sentenced, but Green does not and that should be considered. He also said that a violation of oath is a very serious charge because law enforcement officers are held to a higher standard.

In addition to sentencing Presley to the maximum of five years, Bridges asked that the Court ban Presley from the Brunswick Judicial Circuit.

Judge Scarlett asked Bridges if he had ever prosecuted a violation of oath case before. Bridges told the Court that he had others pending, but none had gone to trial and no other had resulted in the death of an individual.

“Is that the way it was indicted?” Judge Scarlett asked.

“It is is. Well, it’s indicted with shooting at the individual as he’s running away,’ Bridges said.

“As shooting him?” Scarlett clarified.

“At the direction of the individual. I do feel it’s different than the others. I did have other charges pending on those. I have not had this offense by itself. I have not. I’ve had it connected with other offenses,” Bridges stated to the court.

“Do you give deference to the acquittal of the offenses you’re strapping on?” Scarlett asked of Bridges.

“The state’s position, my opinion on it, is the jury has already granted him mercy on the acquittal of those sentences. I believe he has already reaped the benefit of that acquitted, which is at least 15 years on the first count, 10 on the second, so yes sir, I am asking the court for the full sentence of five years,” Bridges replied.

“So you feel it’s an issue of mercy the jury gave him,” the judge answered.

The defense, on the other hand, asked for a probated sentence without prison time, citing Presley’s lack of criminal history and the vagueness of the statute itself. Presley’s defense team also took aim at Bridge’s statement about the indictment. “I disagree with the characterization of the indictment. It was “firing in the direction of” and not “firing at” or “causing the loss of life,” Browning told the court. She reiterated that the jury’s findings meant the found Presley justified in his use of force and that society would see no benefit from imprisonment, which is used for retribution, deterrence, incapacitation, and rehabilitation. Browning said since 1993, only 12 people have gone to prison in Georgia with the primary offense being a violation of oath. 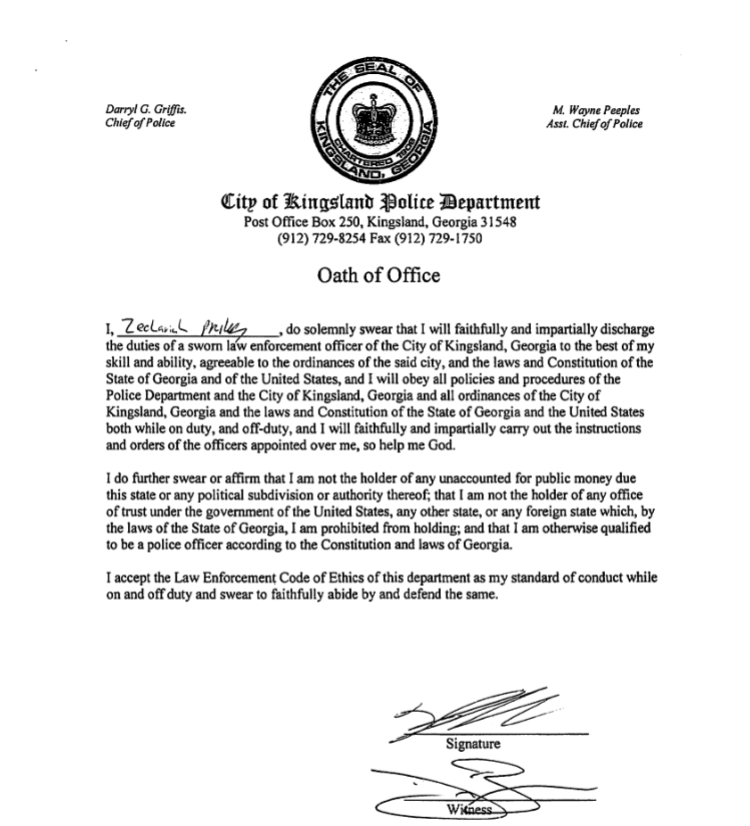 Judge Scarlett told the courtroom that he suspected neither side was going to be satisfied with the verdict as neither side had been satisfied since the events unfolded some 15 months prior. “If we’re looking for this court’s sentence to change those fixed opinions, unfortunately, I don’t think it will,” he said.

The judge also admonished the ADA for his statements that the jury ‘showed mercy’ on the first two counts.

“The jury acquitted the defendant on those those counts,” Judge Scarlett said. “And they either acquitted based upon the state’s failure to prove beyond a reasonable doubt that he committed those offenses. Or, as you know under the law, there’s a big burden the state has, they would have to disprove or negate the defendant’s justification beyond a reasonable doubt. No where in the court’s charge does it show they need to show mercy or sympathy for one side or the other.”

Judge Scarlett went on to say he was charged with defining what was appropriate for the offense of which Presley was convicted. As Presley stood before the court, Scarlett sentenced him to a  five year sentence, with one year in prison and the remainder on probation. Presley was ordered to be barred from consuming drugs and alcohol, owning weapons, and his 4th Amendment rights for search and seizure were suspended. Probation was given the discretion to impose a curfew and community service. Presley was also told he may never work in law enforcement again or for a private security agency in addition to his prohibition from contacting the victim’s family – directly or indirectly.

Tim didn’t attend the sentencing hearing, but he did watch the livestream of it on Facebook. He said the statements made by the judge only reiterated his perspective that the jury got the verdict wrong and that they didn’t have all of the proper information.

“No one in there thought it was violation of oath with regard to a firearm, as they stated in the sentencing hearing,” Tim said of the charges.

“We didn’t base our decision off of the Georgia statute, we based it off of witness testimony of that Georgia statute,” Tim said. “Multiple agents, police officers, investigators said that Georgia statute says that an emergency vehicle will have audible and visual alarms prior to breaking any traffic offense. We had a statute that said he will not violate state law and a statue that we know, based on testimony and the body camera, he did in fact break that law, that’s all we based it on and it was 20 minutes of discussion.”

Judge Scarlett had made it clear to the jurors before they went back to begin deliberations that if Presley was found guilty on either or both of the manslaughter charges, he was automatically guilty of the violation of oath charge. But the inverse of that was never given during jury charges.

The jury contemplated sending a letter to the judge after they reached a unanimous decision on the violation of oath charge to ask if they were even permitted to find Presley guilty on that charge without one or both of the other criminal charges. The jury, Tim said, relied on the belief that Judge Scarlett would send them back to the jury room if they could not do it, so they opted not to send the letter with the question.

But there was no direction from Judge Scarlett, so the verdict was read and Presley was later sentenced accordingly. And while the attorneys for the defense requested Presley be released on bond until the case could be reviewed or appealed, that request was denied. Presley was ordered to return to the Glynn County jail until his transfer to a permanent facility.

“It’s amazing to me that anybody goes to jail honestly, after experiencing the process. If they want to be upset about anything, be upset about the laws that are already in place, don’t be upset about the trial. It took place very fairly. Don’t take this individual case and say a problem exists.” – Tim