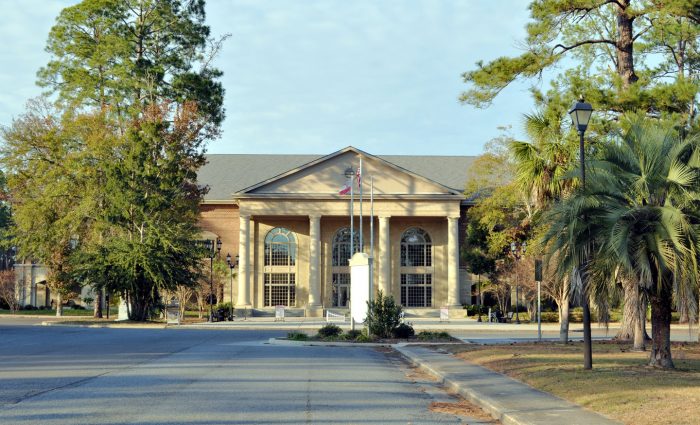 “We were taking seconds and breaking them down into an hour long discussion, which is really unfair [to Presley]. The media likes to say he [Green] was running away, they draw it out to the body camera footage and they asked him [Presley] what was going on and, you can tell – he can barely breathe, he’s freaking out, he’s super stressed out – and he says, ‘He ran and I shot him.’ But if you listen to it multiple times over, the things that he said are bits and pieces of the overall event, so when he says ‘He ran’…he could have easily been referring to the original when he ran from his car…” — Tim, discussing the body camera footage

Tim says many of the jurors made their decision based on two main components:

Tim said was adamant in his own mind about the need for the state to make their case because Presley was presumed innocent unless and until the prosecution could prove he was not. He said he and other jurors didn’t discount what the defense said or testified to, but he felt that the state had the biggest case to make. Back in the deliberation room, the jurors who thought Presley was guilty initially were the ones asked to explain ‘why’ and to share which evidenced convinced them to lean that way.

The jury also removed the topic of Green’s alcohol and drug use as well as the drugs found in the vehicle from their consideration on the use of force. He said jurors didn’t want to stereotype the victim, nor did they think it played a role on whether or not the force was justified.

Though the State tried to make the case that Presley should not have pursued Green, that was not a violation of his oath under Kingsland’s policy as they interpreted it, and so the jury did not consider it, Tim said.

After ironing out the procedural responsibilities of the deliberations, Tim says the jurors were quick to unanimously oppose the a ‘guilty’ verdict on the voluntary manslaughter charge, but the involuntary manslaughter charge usurped the bulk of the deliberation time. Equally notable, the violation of oath of office — the charge Presley was ultimately convicted on – was initially a unanimous ‘not guilty’ decision by the jury.

Tim said it was ‘fairly simple’ for the jury to agree on the unanimous ‘not guilty’ verdict for the voluntary manslaughter charge. “Even if we found him not justified in the shooting, there was no revengeful hate, no passion, nothing to signify that. He was obviously scared in the body camera footage after the fact,” he said.

For most of Friday, the jury was split on the involuntary manslaughter charge – 4 guilty, 4 not guilty, and 4 undecided. Tim said that the ‘undecided’ jurors, of which he was one, were undecided because they wanted to continue the conversation about what it meant to be guilty of that charge and to hear from both sides as to what evidence was presented that led them to feel one way or the other. “I felt like it was our duty to make sure there wasn’t a mistrial or a hung jury,” Tim said. “As long as we were half and half, I wanted them to know that “if you have proof or a reason why you’re on guilty, we are really listening.”

Looking back on witness testimony, Tim said a few jurors were held up by the fact that the state’s witnesses – like the GBI crime lab analysts and the GPSTC instructors – volunteered their time while the defense paid witnesses to testify.

Dr. Martinelli’s testimony had an impact on jurors to the degree that Martinelli had focused on the stress memory recall of stressful events. Tim said “Presley doesn’t know every detail or at which point, so his brain was picking out points,” referencing how Presley said Green ran and that he shot them, but that does not necessarily mean the two happened consecutively. “The media likes to push that into ‘he admitted it, he was running away,” Tim shared.

“The body cam footage showed there was not even enough time for him to run away. We don’t know what his actions were when he got off of Presley because he was somewhat behind Presley when Presley shot him and Presley was still on the ground. So to say he was going to run, maybe…we don’t know that. He didn’t give him the chance to, why should he? He could have also been trying to get the Taser that had been knocked on the ground or any other thing or still been wanting to fight. So either way, we don’t know. That’s the point.”

The jury, according to Tim, also focused heavily on ‘reasonable force’ and ‘excessive force’ – the same terminology the state and the defense used throughout the trial.  GPSTC’s Corbitt had testified that he did not think Presley used ‘reasonable force.’ Tim said the testimony by multiple Kingsland Police Officers, who were state witnesses, testifying that ‘based on the circumstances laid out, they would have drawn their weapons as soon as they got out of the vehicle,’ had an impact on a number of jurors. “So he wasn’t using reasonable force at that point because he was using a Taser when he should have been using a firearm,” Tim concluded in summarizing the impact of Corbitt’s testimony.  Corbitt also testified that he did not disagree with Dr. Martinelli’s report on stress memory recall.“He was by far the most impartial, unbiased witness to take the stand,” Tim said.

Jurors were also disturbed by the fact that the GBI investigation was never entered into evidence for review. They only heard from witnesses who testified to the investigation. Tim said jurors nullified testimony from both the state and the defense on whether or not Green was fleeing because neither side was able to determine the order of shots with any semblance of certainty..

Jurors still were not on the same page, though. Before leaving Friday night, the jury decided that they would like to revisit the Kingsland police officer testimony.

“I felt like there was enough body camera footage, even though they talked about how dark it was, I thought I could make my decision just from the body cam footage. We know there was a physical altercation, we know that Green was on top of him because he [Presley] was on his back when he shot, he never got up. He rolled over and fired. We looked at how long it took from the time he [Green] got up to the point he [Presley] shot him and it was less than two seconds. And he fired those 8 rounds in 2.25 seconds, which is super fast. But you can’t say that he [Green] was running and the defense said he [Green] was pointing something at him [Presley] but you can throw both of those out because there wasn’t enough time to say what either was doing for sure.” -Tim on the body camera footage

Deliberations were supposed to begin at 9:00 a.m., but the issue with the excused juror halted the start time.

10:07 a.m.: Juror #15 – also the jury foreperson – was replaced by the judge and an alternate was sent in to join the other 11 jurors. Jurors asked where she was on the case and she stated she was ‘not guilty’ on all three charges, leaving two jurors still on guilty and four lingering on ‘undecided.’

The jury relistened to all of the testimony from the police officers who testified for the state, a task that took almost three hours. After listening to the testimony of Jason Sievert, Lt. Bill Lee, and Officer _ Greene, Glynn Corbitt, and Will Ivey, all of which was done in the presence of the judge, the attorneys, and witnesses, the jury returned to the deliberation room.

“That was enough. I think what it boiled down to was…the ones who were guilty, when they re-heard it, the context changed for them and they recognized there really was no evidence there,” Tim said.

At this point, one of the ‘guilty’ jurors and all of the ‘undecided’ jurors had made up their minds, so one juror thinking ‘guilty’ remained.

One of the jurors who changed her mind during the revisiting of testimony shared that she previously had the perspective that issuing a ‘not guilty’ verdict on the voluntary manslaughter charge and a ‘guilty’ verdict on the involuntary manslaughter charge would appease both sides. But a review of the testimony a second time made her realize that that was not why she was there and had no other choice after hearing the testimony from the other officers.

After lunch, Tim says things got very heated. At times, a deputy would have to tell the jurors to keep it down because they could hear the jurors in the courtroom.

“There were actually some stories being told with tears, a lot of tears and the juror who was still on ‘guilty’ at one point stormed out and went into the bathroom where another girl tried to help her calm down and put on a brave face. When she came back she said ‘I changed my mind’ so we were all stunned and a lot of people jumped in and wanted to make sure she wasn’t just changing out of pressured. We wanted to know if she really felt that. But she said, “No, I’m good. I changed my mind and I’m good.”

4:45 p.m.: The jury reached a unanimous decision on the charge of involuntary manslaughter. Tim was asked if, after more than a dozen hours of deliberations, this was a relief. “It was a shock.”

5:00 p.m.: The jury had a unanimous decision for the two manslaughter charges, but was still deliberating on the violation of oath of office.

Jurors were initially unanimously ‘not guilty’ on Count 3 – Violation of Oath of Office, until one of the jurors asked if Presley’s breaking of the law by speeding without his lights and sirens on constituted a violation of oath of office. The jury also briefly discussed that Presley didn’t render aid to Tony Green, and neither did the second officer on the scene, but ultimately fell back on the traffic offense for the basis of their decision.

Tim said jurors flipped from a unanimously ‘not guilty’ to a unanimous ‘guilty’ in a matter of 20 minutes because the prosecutors made it clear through testimony of the GBI investigator and other Kingsland police officers that Presley violated the law with regard to the traffic offense.

6:00 p.m.: The jury completed deliberations and sent a letter to the judge announcing their completion, but asked for a break before returning to the courtroom to read the verdict.

“Everybody in that room had stuff outside of the courtroom that was being affected by this. And no one in that room put that above their duty. I thought I knew the severity of it, but I didn’t realize I didn’t until we started deliberation after the trial. As each day went on, it got more and more heavy.”

Continue to Part V: The Verdict…
Return to Home Page