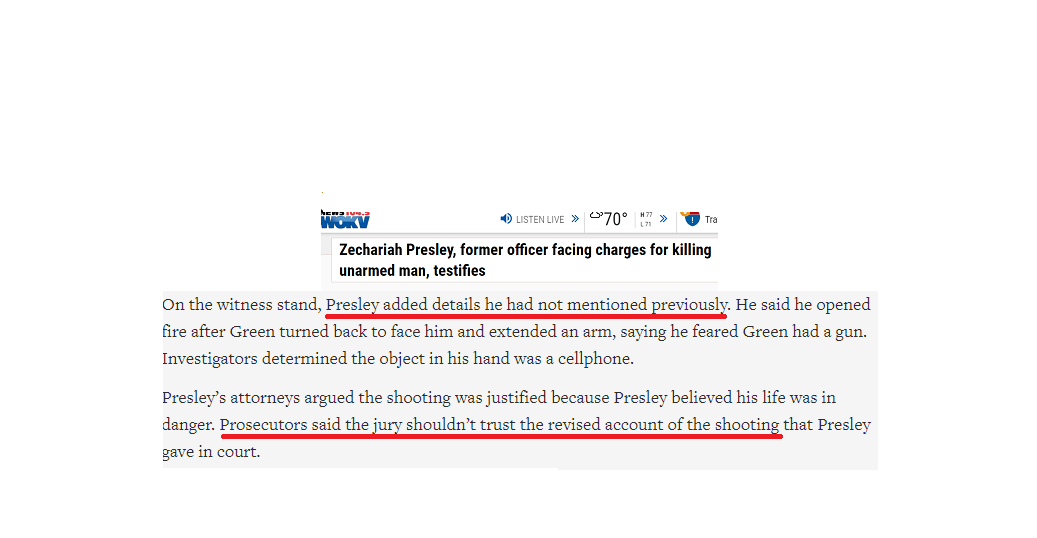 The trial began Tuesday afternoon with ADA Rocky Bridges prosecuting the case while Presley was represented by Adrienne Browning and Alan Tucker. Jurors heard testimony from a number of witnesses from varying backgrounds over the course of three days.

Dr. Edmund Donaghue, Forensic Pathologist with the Georgia Bureau of Investigation in Savannah, performed the autopsy and testified as a witness for the State. He testified that Tony Green was at least 18 inches away from Presley at the time of the shooting – the distance at which gunpowder would be deposited onto a person or clothing – and that Green was shot 8 times – once in the chest and seven other times in the hips and back. Donaghue was unable to identify where Green was shot first or in what direction he was facing at the first shot, but he did classify Green’s death a homicide. He also testified that Green’s toxicology report showed ‘low level’ amounts of drugs and he ‘probably behaved normal as if he were sober.’

GBI Agent Will Ivey, the lead investigator on the case, made statements to the effect that if he had been in Presley’s shoes and he was aware of who the offender was, he would have just sought a warrant and gone to “find him later.” Tim said he gathered from Ivey’s testimony that he was just trying to climb the ranks and make this a monumental case for himself.

In asking witnesses from the Kingsland Police Department a series of hypothetical questions, ADA Rocky Bridges had asked other officers if they would have thought Green had a gun after he returned to the vehicle. Several answered ‘yes,’ though all were witnesses for the state. Bridges then asked if they would have chased after Green, but the answers were split. Tim said he took this line of questioning to mean that the State was taking the position that Presley should not have chased Green.

Prosecutors also tried to say that it was “obvious” that Green was holding a phone, but Tim said that the logic went nowhere with jurors who were not convinced Presley knew Green only had a cell phone. 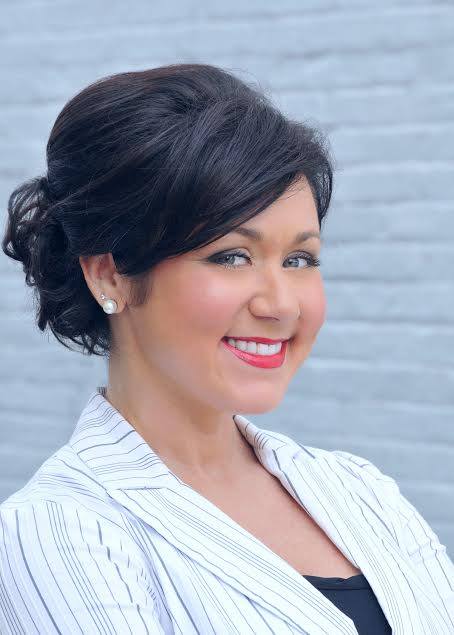 Policy Manual, which was entered into evidence and given to the jury for consideration during deliberations, prohibited the use of deadly force on misdemeanor offenses. According to the policy manual, Green was only alleged – at the time of the traffic stop – to have committed misdemeanor offenses, such as obstruction of a law enforcement officer or fleeing/eluding police. Jurors took issue with this policy when considering that Presley testified – and is heard on video the night of the shooting – saying he was in fear for his life.

Tim took extensive notes during the trial and he explained that according to testimony by state witnesses on the Use of Force continuum, jurors believed that Green was the one to increase the level of justified force on two different occasions. The first time when he exited the vehicle without being asked to and again when he returned to the vehicle to retrieve an object Presley could not identify.

Eric Hines, who was in the vehicle with Green the night of the shooting, testified briefly that Green was fearful of Presely and that, upon crashing the car in the ditch, Green told him to run.

Tim said that he and a few other jurors remarked about how little Zechariah Presley’s own testimony on the stand impacted them.  “He seemed very well-trained,” Tim said of his testimony. “He completely lost it during the opening statement by the defense, bawling, crying out loud, and there was another moment when he started crying, but on the stand, he was well-trained. Very poker-faced. He knew the questions that were coming. I didn’t take it as a plus or a minus.”

In his testimony, Presley said “he [Green] had just attacked me and got on top of me and 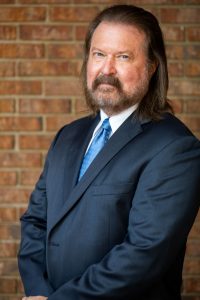 he was tased and he was going for my duty belt.” He reiterated that he feared for his life and that he did as he was trained to do.

The State, on cross, belabored that Presley did not call into dispatch because he was not going to let dispatch know about the pursuit at all. Bridges admonished Presley for not immediately calling dispatch and reporting the traffic pursuit and for stating he thought Green could be armed. “At no point that night did you tell any of the officers there that you saw a weapon, did you?” ADA Rocky Bridges asked.

“No, I didn’t. I was in shock. I’d just been in a fight…tased. I hit my head…so, no I did not,” Presley told the court. “I could see his face, the front of the body, and I could see something extended toward me and that’s when my training experience kicked in and I fired my duty weapon.”

Dr. Ron Martinelli, a former police officer, investigator, forensic criminologist, and professor testified  for the defense as well, speaking to the mental aspects of officer-involved shootings, like stress memory recall.

Scott Rhoder, an expert witness paid $52,000 by the defense, provided a 3D model of reenacted events from the traffic stop. After analysis, like the medical examiner Donaghue, Rhoder could not identify where Green was shot first.

Glynn Corbitt from the Georgia Public Safety Training Center (GPSTC) was a rebuttal witness for the state who testified as an expert witness on the use of force, excessive force, defensive tactics, and self-defense of law enforcement officers. He served as a rebuttal witness because he had little time to prepare for the case and did not provide the state with his answers ahead of the trial. Upon cross examination, Corbitt was asked if he thought Presley used ‘reasonable force,’ he said ‘no.’ Corbitt also testified that Presley attempted to de-escalate the situation multiple times.

The news coverage from Presley’s testimony focused primarily on the difficulty for Tony Green’s family and only a few outlets reported that Presley testified he was in fear for his life.