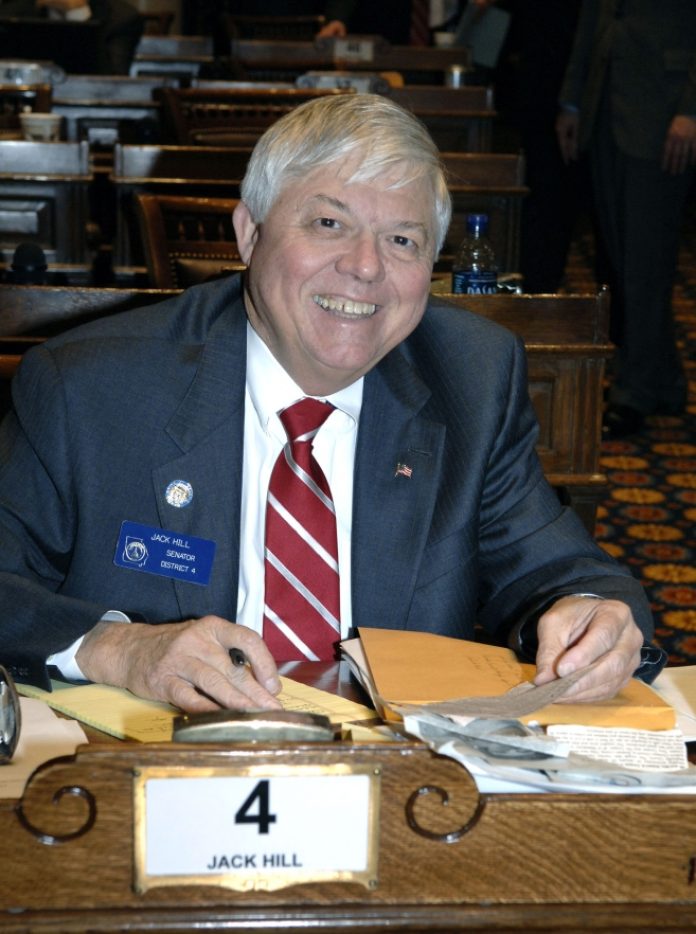 As we enter the 2019 Session of the General Assembly, there is a certain air of anticipation due to the changes brought about by the recent elections, bringing new leadership for our state in Governor-Elect Brian Kemp. Here in the Senate, there is a new Lt. Governor, Geoff Duncan and a new Majority Leader, Mike Dugan.

In the Senate, we have five new members, two Republicans and three Democrats. The Committee on Assignments has already started meeting to make committee assignments and name chairmen.

No one can define with certainty the major issues that will come up this Session, but there are some that are carry-overs from previous years or were campaign issues that will draw attention from newly elected or re-elected legislators. So here is a first review of possible issues for debate and/or action in 2019.

TAX CUTS
I would expect one of the first acts of the Legislature in 2019 will be the passing of legislation implementing the income tax cut passed in 2018 reducing the top rate from 6.00% to 5.75%. The doubling of the personal deductions has already gone into effect and will be reflected in tax returns that taxpayers will file for the 2018 tax year.

BROADBAND
Broadband coverage is the one issue that affects the entire state and yet is hard to get your arms around. For sure, there are federal funds to be directed, there are private investment funds that will be expended in more populous areas and there will be state funds generated to jump start these initiatives in the coming year. Broadband is the central obstacle to economic development in rural areas.

FY 2020 BUDGET-PAY RAISES-AGENCY REQUESTS
When Gov. Deal allowed agencies to submit appropriations requests to OPB for up to 2% increases, they promptly accumulated some $600 million in requests for increases and formula funding. At the same time, there is a general feeling among state leaders that some sort of pay increase for state employees is in order considering the state of the economy and the fact that no raises were given last year to employees or teachers.
Promises were made to teachers during the campaign and a substantial raise is a popular thing. From this viewpoint, though, it is impossible to add up all of the pay raises proposed on top of the agency requests and approach anything like what state revenues will produce.

HEMP-THE NEXT CASH CROP?
The recently passed federal Farm Bill legalized federally the growing of hemp (plant with no more than 0.3% THC). There are restrictions which lean heavily on state action legalizing and licensing growers. Hemp is the fiber of the cannabis plant, not used for drugs but in rope, stout fabrics, fiberboard, and paper. I thought I also saw a House Study Committee come out with a report encouraging a trial program for the production of hemp. Any movement on growing hemp would require legislation.

HEALTH CARE
A bigger issue than one paragraph will cover. A lot of attention is being paid to try to find a comfort zone that would increase services for those not presently covered by Medicaid. Presently state funds expenditures for Georgia’s Medicaid system totals $3.081 billion, which amounts to almost $300 for every man, woman and child in the state in taxes. The House will be looking at the Certificate of Need law on hospital expansion.

RURAL HOSPITALS
There appears to be wide support for expanding the Rural Hospital Tax Credit cap from $70 million to possibly $100 million. The Governor-elect mentioned it in his remarks to legislators at the Biennial in December.

BREWERIES
Not sure of specifics, but there will continue to be efforts by breweries to sell product brewed on site to consumers for home consumption. Breweries have proven to be good citizens and their cause has picked up steam.

CASINOS
It appears to me, at least from the answers to my questionnaire every year, that casinos are gaining in popularity. We’ll poll it again this year. My personal reservations have to do with the ill effects I believe casinos would have on the state lottery which generates over $1 billion yearly for Pre-K, the HOPE Grant and the HOPE Scholarship.

VOTING MACHINES
A lot has been said and printed about voting machines in the past few years although they have proven to be secure. The Commission set up by the Secretary of State will be issuing its report soon and there will probably be a recommendation on updating voting machines. Of course the real question is who is going to pay for what could be a two hundred million dollar expenditure. There should be some federal funding, but not assured. My question is: “Why should the state bear the majority of the cost. Shouldn’t local governments share the cost?”