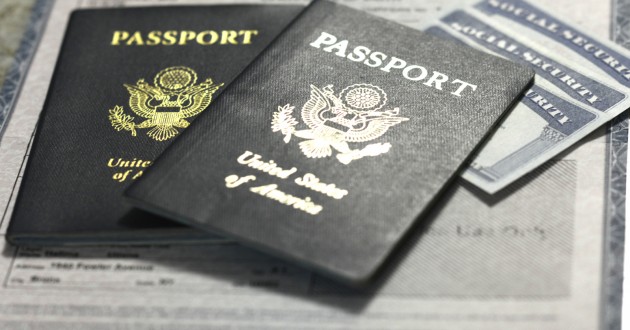 A Dominican national was sentenced to prison today for his role in a scheme to sell the identities of Puerto Rican U.S. citizens and corresponding identity documents to individuals illegally residing in the United States.  Assistant Attorney General Brian A. Benczkowski of the Justice Department’s Criminal Division, U.S. Attorney Rosa E. Rodríguez-Vélez of the District of Puerto Rico, Executive Associate Director Derek Benner of U.S. Immigration and Customs Enforcement’s (ICE) Homeland Security Investigations (HSI) and Inspector in Charge Craig Goldberg of the U.S. Postal Inspection Service Chicago Division made the announcement.

Reynaldo Rodriguez-Canario, aka Reinaldo Rodriguez, Reynaldo Rodriguez, Reinaldo Canario, Jose Almonte, Jose Martinez, Matatan and Ciego, 47, a citizen of the Dominican Republic residing in Puerto Rico, was sentenced to serve 57 months in prison followed by three years of supervised release by U.S. District Judge Aida M. Delgado-Colon of the District of Puerto Rico.  Rodriguez-Canario pleaded guilty on Feb. 16, to conspiracy to possess and transfer identification documents, conspiracy to encourage an alien to reside in the United States for financial gain, and aggravated identity theft.

“Rodriguez-Canario and his co-conspirators sold identity documents to illegal aliens knowing that those documents would be used to commit crimes, including Social Security fraud,” said Assistant Attorney General Benczkowski. “The Department of Justice and its law enforcement partners will not tolerate criminal aliens who undermine the integrity of the U.S. immigration system.  We will aggressively enforce U.S. immigration laws and seek stiff penalties against those who violate them.”

“Identity theft poses a severe threat to public safety by potentially enabling those with criminal intent to travel to or remain in the United States,” said HSI Executive Associate Director Benner. “HSI will continue to utilize its unique authorities, working closely with our law enforcement counterparts, to combat this crime and ensure justice for the victims.”

“The events of today serve as yet another example of the unending dedication of the Postal Inspection Service and its law enforcement partners to halt the devastating effects of identity theft,” said Inspector in Charge Goldberg.  “Those who engage in this type of fraud must learn they cannot escape detection and will be brought to justice. The sentencing of Rodriguez-Canario is a victory for all who suffered financial and emotional distress because of his actions.”

According to admissions in his plea agreement, Rodriguez-Canario obtained identity documents of Puerto Rican U.S. citizens, usually consisting of birth certificates, social security cards and driver’s licenses, and shipped them to co-conspirators in the United States.  Further, the plea agreement states that his co-conspirators sold social security cards and corresponding Puerto Rican birth certificates to individuals illegally residing on the mainland United States for prices ranging from $500 to $1,300 per set.  The defendant admitted that the co-conspirators used money transfer services and the U.S. mail to complete their illicit transactions.  Rodriguez-Canario also admitted that he knew that the customers who purchased the identity documents intended to commit social security fraud and other criminal offenses.