There were 117 reports of sexual assault received across all three academies. This is an increase of five from the prior academic program year. 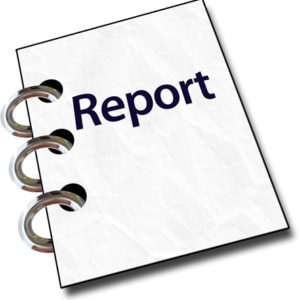 The Department of Defense released the Annual Report on Sexual Harassment and Violence at the Military Service Academies, Academic Program Year 2017-2018.

This Congressionally-mandated report evaluates policies and programs addressing sexual assault and sexual harassment at the department’s three academies. This year, the department reviewed self-assessments provided by each academy and included results from a biennial survey of cadets and midshipmen.

There were 117 reports of sexual assault received across all three academies. This is an increase of five from the prior academic program year, indicating confidence in response measures, however, surveyed measures of unwanted sexual contact and sexual harassment increased compared to rates last measured in 2016. There was also an overall increase in sexual harassment.

“A disciplined force thrives in an environment of mutual respect,” says Hon. James Stewart, performing the duties of undersecretary of defense for personnel and readiness. “Our cadets and midshipmen must be role models if they’re to lead the world’s finest fighting force. This year’s report demonstrates that there is more work to be done to meet this goal.  We are resolved to identify solutions that not only benefit our Academies, but also our nation’s civilian institutions of higher learning.”

The academies implemented plans in the summer of 2018 focusing on prevention, improved reporting, enabling a culture of respect, and promote a more disciplined force.  Even though the effect of these plans was not reflected in this year’s survey outcomes, the academies are using the data to target their efforts.

“Our commitment is absolute,” said Dr. Elizabeth Van Winkle, executive director of the office of force resiliency for the undersecretary of defense for personnel and readiness. “While we are disheartened that the strategies we have employed have not achieved the results we had intended, we are not deterred.”

The department is also applying a variety of resources to augment and strengthen the academies’ initiatives, including technical expertise, new reporting avenues, and on-site assistance.

“It is imperative that we fortify our efforts to promote and sustain safe and respectful climates,” said RADM Ann Burkhardt, director of the department’s sexual assault prevention and response office. “We must strive to keep the trust of the parents who send their sons and daughters to serve that they will be treated with dignity and respect. Unwanted sexual contact is one of the most destructive factors in building a mission-focused military, so we all must take a more active role in combating this horrendous crime.”

This information is direct from the US Department of Defense.