Jimmy Elder: Faithful to the message 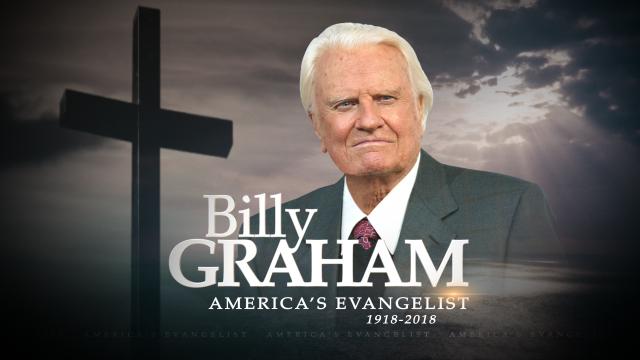 Those words might have been a statement of values for Billy Graham’s own life. He did not live for wealth, and he certainly suffered a great deal when it came to his health. He proved that the greatest dilemma of his later years was not Parkinson’s Disease, pneumonia or the problems associated with aging. His problem was his lack of mobility and strength to do what fed his soul and kept him on mission for the Lord — his preaching the Gospel of Jesus Christ.

His faithfulness to the message and focus upon the simple gospel teachings of what it meant to be loved, forgiven, saved and called into service were the most fruitful parts of his life. When he preached, people listened. As people listened, they heard the voice of the Spirit of God through his servant, Billy Graham.

Dr. Graham would be he first to tell you that he was but the messenger. The Holy Spirit did the work, and through Christ the person was saved. He was only the messenger, but a fine one he was.

Believing that when character is lost, all is lost, he lived by a self-imposed structure that kept him from the appearance of doing wrong. He was above reproach. What a wonderful thing to be able to say about a person who lived such a public and broadly watched life.

Throughout the world, individuals heard the Gospel message through his crusades, which were filled with energy, music and creative people. The only thing that was absolutely the same in each crusade was the integrity of the message. The bottom line was consistent — Jesus loves you, accepts you forgives you and will save you.

Individual lives were changed, and it is difficult to be in a setting of any size without people tracing some of heir spiritual roots to the proclamation of the gospel through a Billy Graham Crusade.

As a young person who went to a number of events where Dr. Graham spoke, I was amazed at the response of the people. He always magnified the name of Jesus, never turning attention to himself in an inappropriate way. In each crusade, he made it clear that he believed in the local church.

So many organizations and start-up religious groups pan the local established church, suggesting it has become irrelevant and out of touch with people They try to draw people away from the church to their particular organizational structure.

Billy Graham and his crusade workers would always direct people to the churches in the community, encouraging new Christians to learn, to grow, to become involved and to live out their faith in the arms of a loving local community of faith.

This reflected the humility and the purpose of Dr. Graham and his organization. They wanted people to believe in and follow Christ.

What a beautiful legacy and example of ministry for our day.

I am grateful the Lord blessed my life and the lives of many I know through Dr. Graham’s words and crusades. My prayer is that God will raise up more spiritual leaders who share the message of Christ with his scope and integrity.

Richard Hyatt: A bowl of tradition and oyster crackers