In Ep. 139 of the Let Me Tell You Why You’re Wrong Podcast, Dave & Jessica discuss Lindsey Graham’s big ‘ol snafu, this week’s ‘Tears of Van Johnson,’ the unprecedented amount of voter suppression in Georgia, and the Bulloch County School System’s battle with DPH authority. 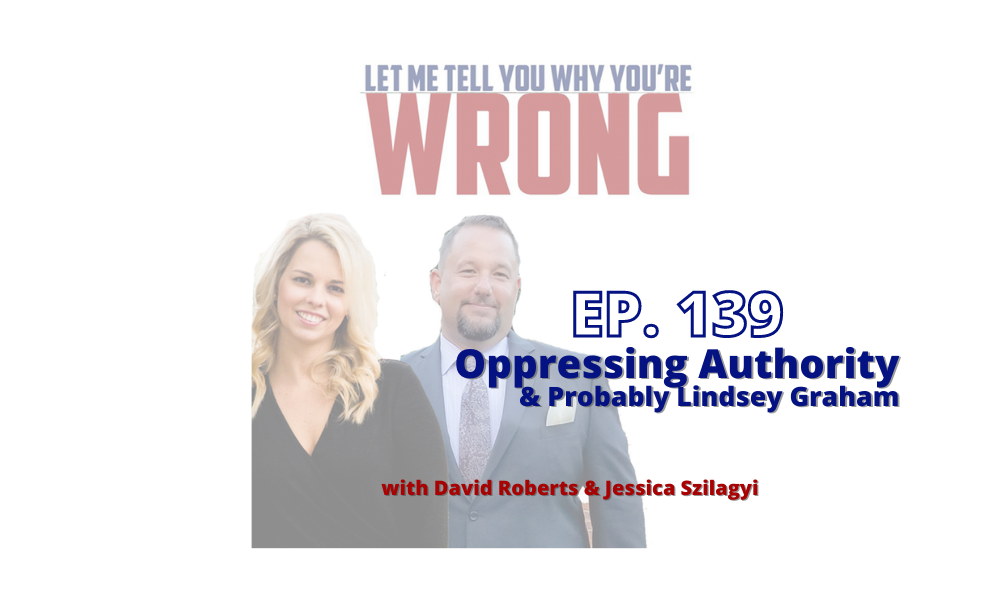 Let Me Tell You Why You’re Wrong Podcast

AllOnGeorgia has partnered with the pro-2A organization #BDU so now when you become a member (if you use our link!), you’ll be supporting our cause and theirs! Not only does your membership grant you access to the complete inventory of over 200,000 2A-related items at industry leading prices, you can save thousands of dollars on all the gear you want -when you want it- with lightning fast shipping.

*Opinions expressed on the show reflect the views of the commentators and any guests, not those of AllOnGeorgia.

Jessica Szilagyi is a Statewide Contributor for AllOnGeorgia.com. She focuses primarily on

state and local politics as well as issues in law enforcement. She has a background in Political Science with a focus in local government and has a Master of Public Administration from the University of Georgia. Jessica is a “Like It Or Not” contributor for Fox5 in Atlanta and has two blogs of her own: The Perspicacious Conservative and “Hair Blowers to Lawn Mowers.” Connect with Jessica.

David Roberts is a native of South Florida who moved to Georgia in his teens. He joined The Army at 18 as a Psychological Operations specialist and served six years in that role. Since leaving active duty, he served in both Reserve and Guard components. After The Army, Dave went to work for Wachovia and SouthTrust banks serving as a business banker and Assistant Vice President.

After a few mergers, he went to work with his brother, Rob, who taught him the HVAC trade. Several years of learning under his older brother and Dave was ready to go out on his own. In 2016, he started DR COOL Heating and Air in Dallas, GA. Being a prominent business owner in Paulding County has afforded him the privilege of serving his community and allowed him to become involved in politics. Calling himself a “Republitarian,” Dave was invited to host The Let Me Tell You Why You’re Wrong Podcast in 2018.

For the First Time in 108 Years, Operation Santa is Nationwide