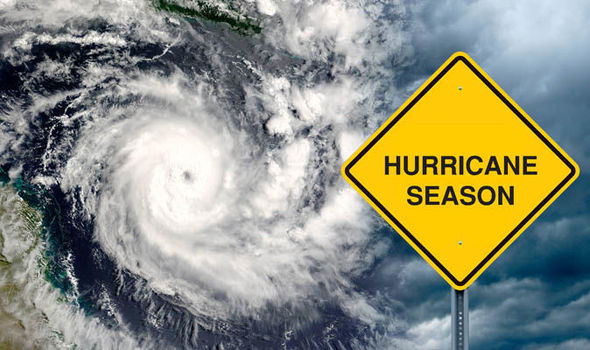 Hurricane season is upon us. With all the uncertainty in the tropics, it is a good idea for Coastal Georgia and Glynn county residents to be vigilant and be prepared.

Regardless of the track, the storm will bring dangerous rip currents to the area.

According to the National Hurricane Center, here are the latest Key Messages regarding Tropical Storm Florence, issued by NHC at 5 a.m. AST – www.hurricanes.gov.

In addition, here is the latest update according to Bryan Norcross, Hurricane Specialist at WPLG-TV/Local 10 in South Florida and The Weather Channel.

TROPICAL UPDATE for FRIDAY: Concern is increasing that FLORENCE is going to impact the east coast of the U.S. The likelihood of a significant landfalling hurricane is increasing, although a track where the storm sideswipes the coast is still certainly a possibility. There is also a chance the storm will stay far enough offshore to have minimal impact, although the likelihood of that path appears to be diminishing.

In addition, two systems near Africa are on the cusp of being named HELENE and ISAAC respectively. More on them below.

FLORENCE is a 65-mph tropical storm this morning. Hostile upper level winds have weakened it, but are forecast to let up tomorrow. Once the storm gets through this rough patch, unfortunately a number of factors will line up that should allow Florence to dramatically re-strengthen. The upper-level environment is forecast to be extremely conducive for strengthening, and the ocean temperature beneath the storm will become quite warm, providing more than enough fuel for a strong hurricane.

Florence’s track is extraordinarily unusual. Never in the record book has a storm located where Florence is now impacted the east coast of the U.S. But, the high-pressure system, under which Florence will be trapped, is much stronger than normal as well. Its circulation will drive Florence in the direction of the East Coast.

Think of the high-pressure system as an elongated bubble of air. Florence will drive along the south side of that bubble. The question is, where is the back side, the west side of the bubble, when Florence gets near the coast. A dip in the jet stream will be coming along to erode the back side of the high and provide a path north for Florence. The big unknown is precisely where and how the path north will evolve.

We understand the broad strokes, but the details count, and will make the difference between a landfall in the Carolinas, a track up the Mid-Atlantic coast, or an early turn keeping the storm offshore – or many other possibilities. It is simply too early to know.

Expect Florence to be strengthening over the weekend, and approaching the coast about next Wednesday. On the current schedule, hurricane preparations would need to be completed by then.

The primary potential threat areas at the current time are from the Carolinas to Long Island, New York. It’s not impossible that the Georgia coast could be affected as well. Everybody in this zone should know what they would do if Florence becomes a direct threat to their area next week.

HELENE-to-be: The system that is likely to develop into Tropical Storm Helene in the next few days is about 3,000 miles southeast of Miami. The system is moving west toward the Caribbean. It should arrive in the vicinity of the Lesser Antilles next Wednesday or Thursday. All interests in the Caribbean Islands should stay informed about the progress of this system. We will keep a watchful eye in Florida as well to be sure the system stays south.

ISAAC-to-be: A relatively short way behind Helene-to-be is a system that will likely be named ISAAC in the next few days. It is a threat to the Cabo Verde Islands, but after that it appears most likely to turn out to sea. We will watch closely to be sure it does.

Carrie Magalski is the Media and Public Relations Contact for All on Georgia- Glynn County. A speaker and the author of "Heaven's Angels" book, her inspiring articles, writings and radio interviews are featured in various multi-media venues. Her leadership roles encompasses higher education, broadcast communications, business, and corporate trainings through Coastal Pines Technical College. She is a seasoned professional with excellent relationship building skills and creates and enhances strategic growth through partnerships with community, corporate and governmental agencies through various multimedia modalities. She is the owner of Immersion Enterprises, LLC- which provides corporate trainings, PR and marketing, as well as ecotourism and experiential education services through Turtle Tides Amelia. Carrie serves on the Board of Directors of Back in His Arms Again, a ministry that helps families suffering from infant loss.