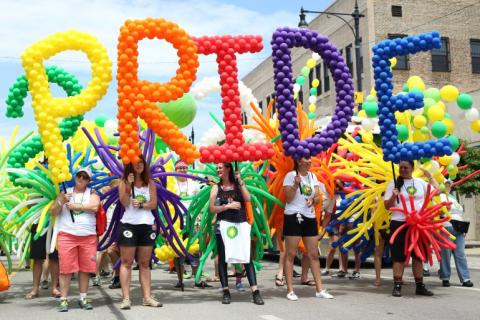 “Pride is a time to celebrate the diversity and strength of our LGBTQ community, and I am honored to be a part of the celebration,” said Leader Abrams. “I am the only candidate in this race with a record of working to protect Georgia’s LGBTQ community from discrimination. As Minority Leader, I opposed bills that sought to legalize discrimination and I will do the same as Governor. I will also expand Medicaid in Georgia to address the HIV epidemic that is sweeping our state and impacting many in the LGBTQ community—particularly men of color.”

Stacey Abrams is the only candidate with a proven track record of fighting on behalf of Georgia’s LGBTQ community. In 2006, while running for the Georgia House of Representatives, Abrams voiced her support for marriage equality. Abrams also fought RFRA from its inception due to her belief that we should not condone using our laws and using faith as a justification for bigotry. Abrams’ support of the LGBTQ community has earned her endorsements from Human Rights Campaign, Georgia Equality, and Georgia Stonewall Democrats.