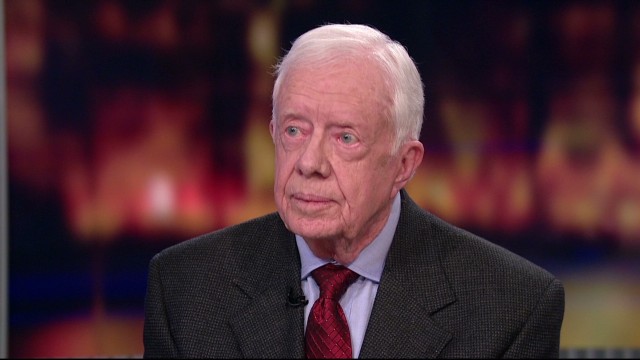 Kemp oversees the office which is over the state’s election process and voting system. The letter comes after Kemp has had lawsuits allegedly claiming he is suppressing 53,000 voter registrations.

Kemp has told state news outlets that this letter is just another attempt from the Democrats to undermine him in this election.

The following is the letter from former President Jimmy Carter who gave a copy to The Associated Press:

I have officially observed scores of doubtful elections in many countries, and one of the key requirements for a fair and trusted process is that there be nonbiased supervision of the electoral process.

In Georgia’s upcoming gubernatorial election, popular confidence is threatened not only by the undeniable racial discrimination of the past and the serious questions that the federal courts have raised about the security of Georgia’s voting machines, but also because you are now overseeing the election in which you are a candidate. This runs counter to the most fundamental principle of democratic elections — that the electoral process be managed by an independent and impartial election authority. Other secretaries of state have stepped down while running for election within their jurisdiction, to ensure that officials without a direct stake in the process can take charge and eliminate concerns about a conflict of interest.

In order to foster voter confidence in the upcoming election, which will be especially important if the race ends up very close, I urge you to step aside and hand over to a neutral authority the responsibility of overseeing the governor’s election. This would not address every concern, but it would be a sign that you recognize the importance of this key democratic principle and want to ensure the confidence of our citizens in the outcome.