“Governor Deal has embodied true leadership throughout his entire public service career, from his time in the United States Army to most recently serving as Georgia’s 82nd Governor.” 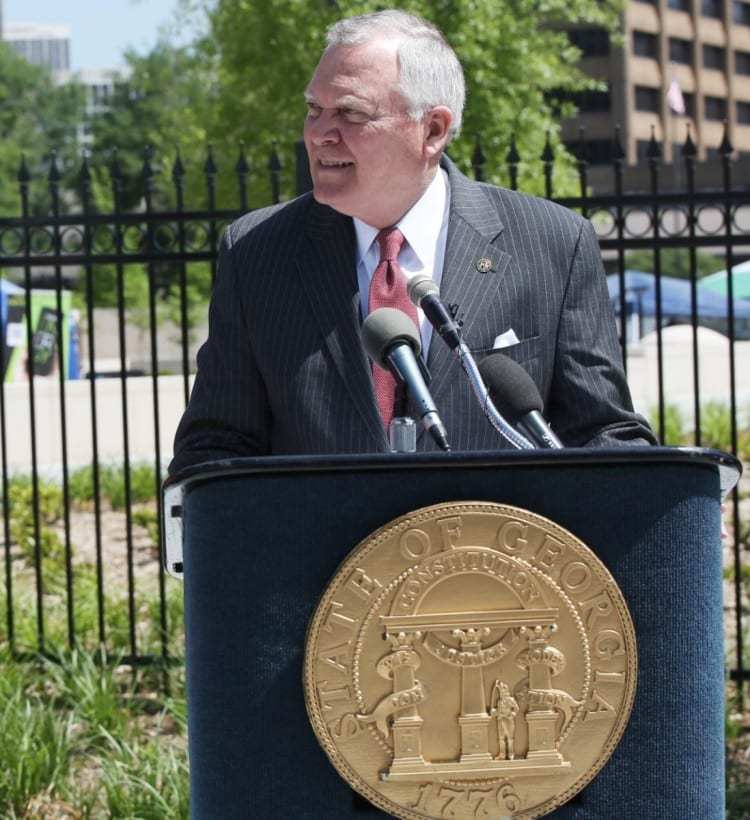 “Governor Deal has embodied true leadership throughout his entire public service career, from his time in the United States Army to most recently serving as Georgia’s 82nd Governor” said Bryan Miller, the Foundation’s Executive Chairman. “The Foundation is very proud to honor Governor Deal’s service to our great state with this award.”

Previous recipients of the Zell Miller Award for Distinguished Public Service include Hank Huckaby, former Chancellor of the University System of Georgia, and David Ralston, Speaker of the Georgia House of Representatives.

Now in its third year, the annual Legacy Celebration is the signature event for the Zell Miller Foundation. The evening will commemorate Former Governor Zell Miller’s 87th birthday by recognizing his many contributions to Georgia during his forty-six years in public service and celebrating the work of the Foundation that bears his name.

Zell Miller served as the 79th Governor of Georgia from 1991-1999. While a candidate for Governor in 1990, Miller developed a plan to create a statewide lottery exclusively for the purpose of funding education initiatives. As Governor, he created the HOPE Scholarship and Georgia’s Voluntary Prekindergarten program.

In 2000, Miller was appointed to the United States Senate by Governor Roy Barnes to fill an unexpected vacancy created by the death of Senator Paul Coverdell and was later elected to serve the remaining four years of that term. He chose not to seek reelection and retired from the U.S. Senate in January 2005.