Victims of these scams report receiving a call purporting to be from the local police, State Attorney General, Social Security Administration or FBI informing them that their Social Security number has been linked to drug trafficking and money laundering. 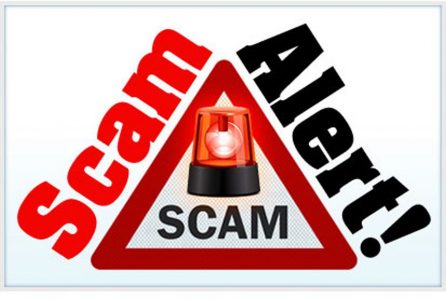 Attorney General Chris Carr is again warning the public about scam artists posing as law enforcement and elected officials in an attempt to swindle consumers out of their money. These meticulously planned imposter schemes now incorporate a team approach and scare tactics to impair victims’ judgment and manipulate them into draining their financial accounts before they have time to think things through.
“No one is immune to these sophisticated schemes,” says Attorney General Chris Carr. “We encourage citizens to learn more about these scams and then tell their friends and loved ones about them so they know what to look out for.”
Victims of these scams report receiving a call purporting to be from the local police, State Attorney General, Social Security Administration or FBI informing them that their Social Security number has been linked to drug trafficking and money laundering. The caller tells the victims they will be arrested unless they fully comply with the caller’s instructions. The scammers often use software to fake or “spoof” the caller ID information so that the legitimate organization name and phone number is displayed. To lend even more credibility to the scheme, a second scammer posing as a different law enforcement or government official will call the victim while he or she is still on the phone with scammer #1 to corroborate the story and advise the victim that he/she may be receiving a call from an FBI agent or police officer. Or, the original scammer may simply say that he is transferring the person to an “FBI agent,” a “lawyer working on the case” or the “Attorney General,” who are actually scammers who proceed to verify the story, even providing phony badge numbers and case file numbers. A scammer then explains that in order for the victim to clear her name and protect her financial assets from the criminals until the case has been settled, she must wire all the money from her bank accounts and retirement accounts to an account that the scammer alleges is controlled by the “Attorney General” or the “FBI.” The scammers will even ask victims to max out their credit cards by purchasing multiple gift cards from Google Play or iTunes and then providing the caller with those gift card numbers and PINs.
The scammer stays on the call with the victim the entire time, which is usually several hours. After the scammers have received all the money, they inform the victim that the “criminals” have been caught. They tell the victim that an agent will meet with them the next day to explain the process for getting her money back, and to bring copies of her driver’s license, Social Security card and passport to prove her identity. But of course, there is no meeting, and the victim discovers she has been scammed. Unfortunately, it is almost impossible to trace or recover money that has been sent via wire transfer or gift card.
The Georgia Attorney General is reminding citizens that law enforcement agencies, the Attorney General and the Social Security Administration will never ask you to send them money. Additional red flags of a scam include:
·        Pressure to act immediately, especially by using scare tactics, such as threatening arrest, telling you a loved one is in danger or claiming your computer has been hacked
·        Insistence that you send money via wire transfer or gift card
·        Urging you not to tell anyone about the call
·        Asking you to pay money before you can collect a prize
·        Sending you a check and asking you to wire back a portion of the funds
·        Get-rich-quick and other promises that sound too good to be true
·        Promises to recover money you’ve lost in other scams, for a fee
·        Also, since scammers can fake the caller ID information, don’t trust the caller ID in these scenarios. Instead, hang up, look up the actual, verified phone number and then call that number to confirm whether there actually is a problem you need to respond to.
If you have been the victim of a scam, you can report it to the Georgia Attorney General’s Consumer Protection Division at (404) 651-8600 or consumer.ga.gov.