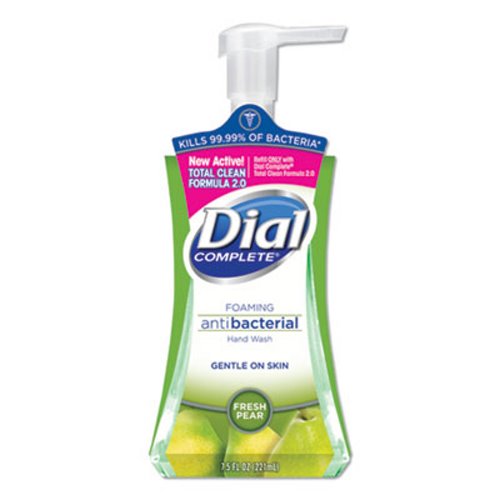 The Department of Justice filed a Statement of Interest this week arguing that a proposed class action settlement involving hand soap would afford little value to consumers while handsomely compensating attorneys.

Plaintiffs in the case, In re: Dial Complete Marketing & Sales Practices Litig., alleged that The Dial Corp. falsely advertised its “Dial Complete” hand soaps containing triclosan as more effective at killing germs over other brands’ soap. Under a proposed settlement reached between the parties, Dial would pay $2.32 million to class members, with most class members receiving up to $8.10 in compensation for previous purchases of certain soap products. The settlement also provides for injunctive relief that would require Dial to refrain from using triclosan or claiming that its hand wash product “Kills 99% of Germs.”

Under the agreement, class counsel would seek a total of $3.825 million in attorney’s fees without opposition from Dial, including $1.9 million in fees specifically tied to obtaining the injunctive relief. In its Statement of Interest, the United States argues that the injunction would provide no benefit to consumers, given that Dial years ago voluntarily made the same changes to its soap products that are required by the proposed injunctive relief. Moreover, the U.S. Food and Drug Administration banned the use of triclosan in such products in 2016. The case is pending in U.S. District Court for the District of New Hampshire, which must approve any settlement.

The Class Action Fairness Act of 2005 provides the Attorney General and state officials an opportunity to review federal class action settlements before district courts grant final approval. The United States recently filed a Statement of Interest in another class action case in the Northern District of Illinois, Cowen et al. v. Lenny & Larry’s. The government argued that the Cowen settlement directed most of the settlement’s value to attorney’s fees and non-class members rather than the consumer plaintiffs. The United States also filed an amicus brief in the Sixth Circuit Court of Appeals earlier this year arguing that a class action settlement involving pressure cookers did not provide sufficient relief to consumers.