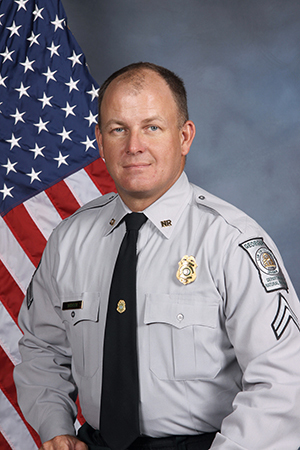 Georgia DNR Law Enforcement Corporal Derrell Worth is the 2018 recipient of the Wild Turkey Federation Officer of the Year Award, presented annually by the Georgia Chapter of the organization. Cpl. Worth’s dedication to the protection of Georgia’s Wild Turkeys, his aggressive but fair pursuit of violators, and his commitment to communicate the importance of hunting safety, even after being accidentally shot by a hunter who mistook him for game, made him a clear choice for the award.

“Derrell knows turkey hunting and tirelessly works to uphold the law and to be sure that legal hunters have a safe and enjoyable experience,” said DNR Law Enforcement Director Colonel Eddie Henderson. “His efforts this past year have been outstanding and he is certainly deserving of this award.”

Worth logged 206 hours in pursuit of illegal turkey hunting activity, and as a result, he produced nine Hunting Big Game over Bait contacts and one Unlawful Enticement contact. One of the Hunting Big Game over Bait charges was accompanied with a charge of Taking Totally Protected Wildlife (Hen Turkey). Additionally, Cpl. Worth conducted 23 patrols on Wildlife Management Areas in his assigned area.

Although he is assigned to Greene County, his enforcement activity also stretches into Hancock and Oglethorpe counties, where he has developed a great rapport with the citizens as well. On April 1, 2017, he was accidentally shot by a turkey hunter while on patrol. After the incident, the community rallied around him and support poured in from many citizens. Over the last year, he worked closely with the District Attorney’s Office and the Georgia Bureau of Investigation to successfully prosecute the shooter, who pled guilty to two counts of Misuse of Hunting Equipment while Hunting and one count of Hunting Over Baited Area. Cpl. Worth’s knowledge of the area and his location played an important part in getting help quickly and now, as part of his education efforts, he stresses the importance of being familiar with your hunting area and knowing where you are at all times in order to direct help to you in an emergency.

Cpl. Worth is a 20-year veteran of Georgia DNR Law Enforcement and resides in Greene County.